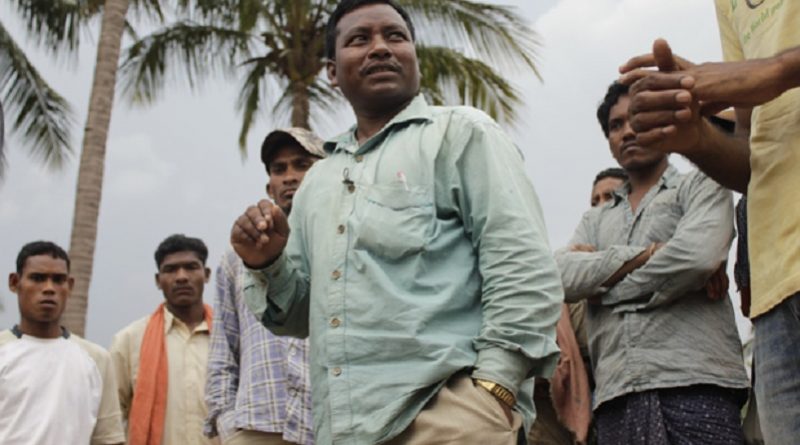 The Orissa High Court on Wednesday (04th November) granted conditional bail to Chasi Mulia Adivasi Sangha (CMAS) head Nachika Linga in connection with Narayanpatna police station attack case of the year 2009.The Bench of Justice A K Mishra allowed Nachika Linga to go on bail while directing,"The petitioner is allowed to be released on bail by the trial court on furnishing bail bond to be fixed...

The Bench of Justice A K Mishra allowed Nachika Linga to go on bail while directing,

Basing on this above-mentioned order of the High Court, the Sub-Divisional Judicial Magistrate of Koraput granted conditional bail to Linga.

He has been asked not to leave Koraput district without permission of the court and appear on dates of hearing in the case. Linga was also asked not to indulge in any further violence.

Earlier on 07.01.2019, Linga had filed a bail application U/s.439 of Cr.P.C., which was rejected by the High Court. Thereafter, SLP No.10207 of 2019 was preferred before the Apex Court against the aforesaid bail rejection order passed by High Court.

The Supreme Court on 03.03.2020 gave only six-week time to the trial court to examine all witnesses in the case and had directed,

"In case the prosecution fails to produce and examine all the witnesses within the said period of six weeks, it will be open to the petitioner to file an application for bail before the trial court, which would be then granted on terms and conditions fixed by the trial court."

The Trial Court, however, failed to examine the remaining four witnesses in this case within the stipulated six-week time as courts in Odisha could not function properly in March-April 2020 due to the Corona Pandemic/Lockdown.

In response to this, Linga again moved the Apex Court alleging that the March order of the Apex court was not being complied with.

The Supreme Court on October 28 (in Miscellaneous Application No.1936/2020) requested the Orissa High Court to dispose of the case within two weeks stating.

Thereafter, Linga, on 12.06.2020, filed the application before the High Court under Section 439 Cr.P.C. in connection with Narayanpatan P.S. Case No.50 of 2009 for the offence under Sections 147/148/120- B/ and 149 of the IPC read with Section 27 of Arms Act and Section 7 of Criminal Law Amendment Act pending in the court of learned Assistant Sessions Judge, Koraput.

"This Court does not admit any reasoning regarding the gravity of offence to withhold the bail as ordered by the Hon'ble Apex Court vide order dated 03.03.2020.."

The bail application was accordingly disposed of.

It may be noted that in October 2014, Linga had surrendered before the police. Since then, he has been is in custody.

According to a report by The New Indian Express, he was arrested in connection with 45 different cases including the attack on Narayanpatana police station. Earlier, he was acquitted in 44 cases by different courts.

He was in jail for leading a mob of 300 CMAS members to attack Narayanpatana police station on November 20, 2009 protesting the frequent patrolling by paramilitary forces.