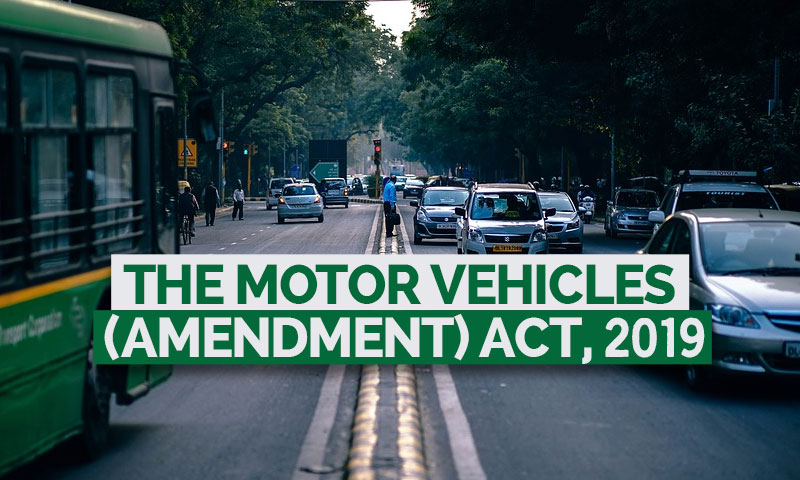 The Orissa High Court on Wednesday issued notice to the Central Government on a petition challenging the 2019 amendment introduced to Section 166(3) of the Motor Vehicles Act, 1988, restricting the period of filing of application for compensation after the occurrence of an accident. A Division Bench comprising of Chief Justice Dr. S. Muralidhar and Justice Dr. BR Sarangi asked the Union...

The Orissa High Court on Wednesday issued notice to the Central Government on a petition challenging the 2019 amendment introduced to Section 166(3) of the Motor Vehicles Act, 1988, restricting the period of filing of application for compensation after the occurrence of an accident.

A Division Bench comprising of Chief Justice Dr. S. Muralidhar and Justice Dr. BR Sarangi asked the Union of India to file its reply in the matter within eight weeks with liberty to the Petitioner to file a rejoinder affidavit thereto, if any, by the next date of hearing, i.e. 3rd May, 2021.

The amended Section 166(3) states: "No application for compensation shall be entertained unless it is made within six months of the occurrence of the accident."

The PIL has been filed by Advocate Ananga Kumar Otta, stating that the amendment was made sans considering the plights of the victims, who might have been precluded from filing the claim petition on account of ongoing injuries/ sufferings/ coma state for more than six months.

The Petitioner is primarily aggrieved by the fact that the new provision takes away the authority of the Claims Tribunal to entertain an application filed after six months even if it is established that the applicant was prevented by sufficient cause from making the application in time.

He has pointed out that in the prior legislations, be it the Motor Vehicles Act of 1939, Act of 1988 and the subsequent amendment Act of 1994, the Claims Tribunals have been empowered to condone the delay in filing of claim petitions, if sufficient cause is shown.

Similarly, under the MV Act, 1988, Section 166(3) as originally enacted provided limitation period of six months for filing a claim petition and also provided that the Claims Tribunal may entertain the application after the expiry of the said period, but not later than twelve months.

This provision was omitted with effect from 14.11.1994, thereby meaning that a claimant can file an application at any time, as he chooses and even after a decade or a reasonable time.

Inter alia, it is submitted that exclusion of the applicability of the Limitation Act, 1963 has caused havoc inasmuch as in most cases the victims of an accident get composed much after the time limit set by the Amending Act, 2019.

"Much has been done under the Amending Act, 2019, to ensure minimization of accident, by raising the structure of penalty for violation of traffic rules, but due care has not been adhered to the genuine claim of the victims of road accident," remarked the Petitioner.

Another issue raised by the Petitioner is that all cases, wherein the occurrence of the accident took place before six months and could have been entertained on the day before the Amending Act came into force, become barred under law.

"The Amending Act, to that extent is exproprietary.

The Petitioner has urged the Court to interpret the statute as a beneficial legislation and not as a restriction in respect of all such accident taking place prior to commencement of the Amending Act, 2019.

He has sought a direction to declare that the provision as prospective and inapplicable to the accidents occurring prior to the commencement of the Amending Act, 2019.