Orissa High Court Permits Sale & Use Of Only 'Green Crackers' During Diwali, As Per SC Directions 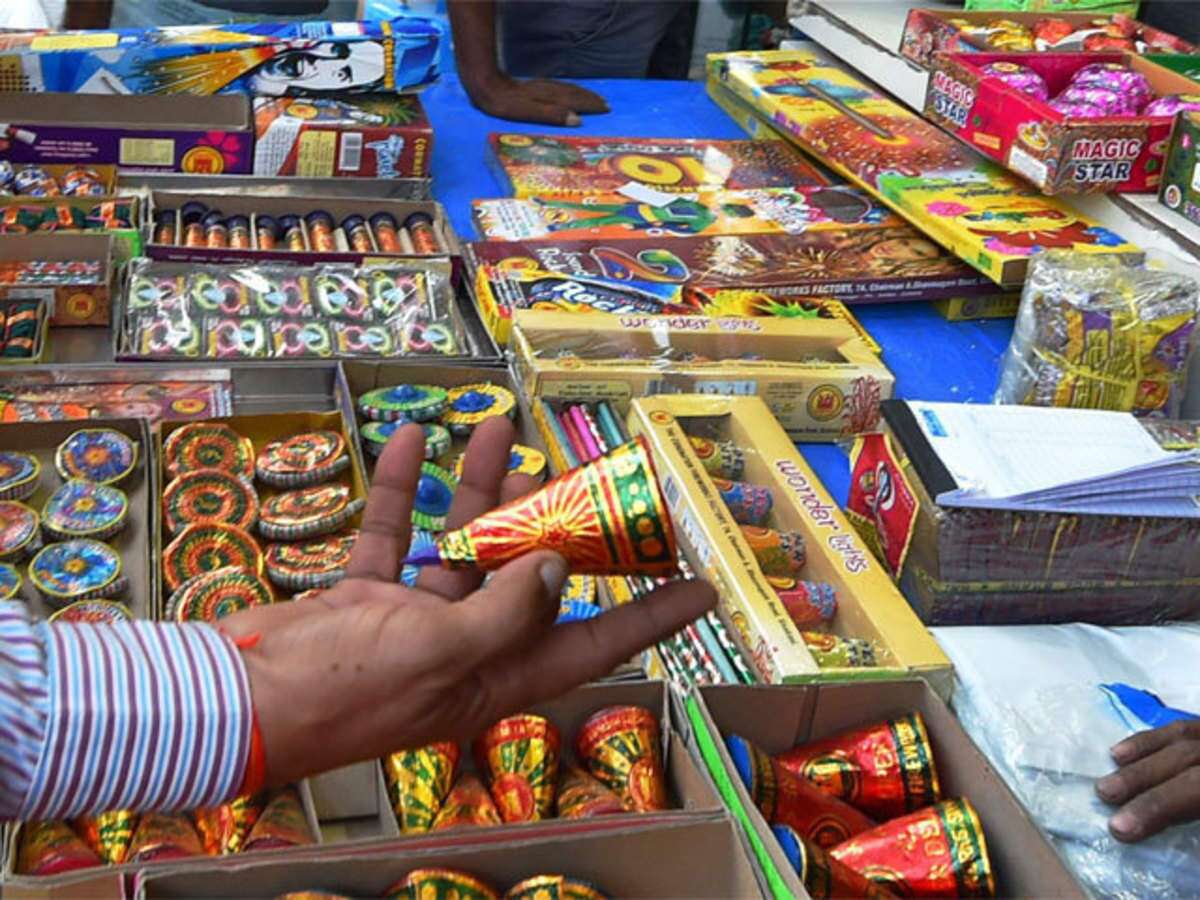 The Orissa High Court on Monday allowed the use and sale of only 'green crackers' during the upcoming festivities pursuant to the prior directions of the Supreme Court. A Division Bench comprising Chief Justice S. Muralidhar and Justice BP Routray was adjudicating upon a plea moved by an association of firecracker manufactures called All Odisha Fireworks Dealers Association and Others....

The Orissa High Court on Monday allowed the use and sale of only 'green crackers' during the upcoming festivities pursuant to the prior directions of the Supreme Court.

A Division Bench comprising Chief Justice S. Muralidhar and Justice BP Routray was adjudicating upon a plea moved by an association of firecracker manufactures called All Odisha Fireworks Dealers Association and Others.

The plea had sought the Court's leave to relax some of the restrictions imposed on the use and sale of firecrackers by the Special Relief Commissioner of the State. The Special Relief Commissioner vide order dated October 31, 2021 had stipulated a host of directions regulating the use of firecrackers during Diwali after taking into consideration the prior orders of the Supreme Court and the National Green Tribunal regarding this matter.

The Specific Relief Commissioner had permitted the use of only "green fireworks" that conform to the definition and formulation as proposed by the CSIR-National Environmental Engineering Research Institute (CSIR-NEERI).

Furthermore, the sale and use of joined firecrackers (series crackers or laris) were also banned.

Traders were also directed to obtain a certificate from the Petroleum and Explosive Safety Organizations (PESO) certifying that the green fireworks stocks in their possession conform to the definition and formulation proposed by CSIR-NEERI.

The Bench on Monday refused to interfere with any of the directions issued and accordingly relied upon the guidelines issued which are as follows,

• Authenticated copy of the PESO certificate granted after due inspection of existing stocks lying in possession of the traders/dealers shall be deposited with the District Administration/Police Commissioner for getting permission to sell the green fireworks.

• Traders/dealers who fail to obtain and produce the certificate from PESO shall not be allowed to sell their products, keeping the "precautionary principle" in mind. Mere labeling of fireworks boxes as "green fireworks" and providing QR codes shall not entitle any trader/dealer to sell the same.

• Wholesale Traders and Retailers shall have to produce original invoices on demand by the District Administration/Police Commissionerate.

• Violation of any of the aforesaid conditions shall be dealt with strictly and penal action shall be taken in accordance with law.

• The District Administration/Police Commissionerate is directed to ensure strict compliance with the above conditions.

• The District Administration/Police Commissionerate shall ensure full & complete compliance of the orders above through proper verification of the documents as mentioned supra and proper enforcement so as to ensure no spurious/unauthorized/banned fire crackers are sold anywhere within their jurisdiction. Further, the local officers shall be personally liable for violations of the orders of Hon'ble Apex Court, Hon'ble National Green Tribunal and Hon'ble High Court of Odisha.

Furthermore, the Court also made a reference to the detailed order passed by the Supreme Court on September 29 banning the use of barium-based chemicals in fire crackers and allowing only the use of "green crackers".

The Bench further noted that the Apex Court vide the aforementioned order had directed to all the States/Union Territories to give due publicity through electronic media/print media/local cable services "to make the people aware and know the directions issued by this Court issued hereinabove with respect to manufacture, use and sale of banned firecrackers."

During the course of the hearing on Monday, the counsel for the petitioners while welcoming the aforementioned directions issued by the Specific Relief Commissioner, had expressed an apprehension that the PESO may not be able comply with all the directions issued since it has a relatively a small team of officers, and the task before it was rather daunting.

Taking into consideration the concern raised, the Bench directed,

"It will be open to PESO to expand its team of personnel to implement the directions at para C and D above, considering that this is a festival season. 7. No further directions are called for in the present writ petition and it is disposed of with the above directions"

Cases: All Odisha Fireworks Dealers Association and Others v. Union of India