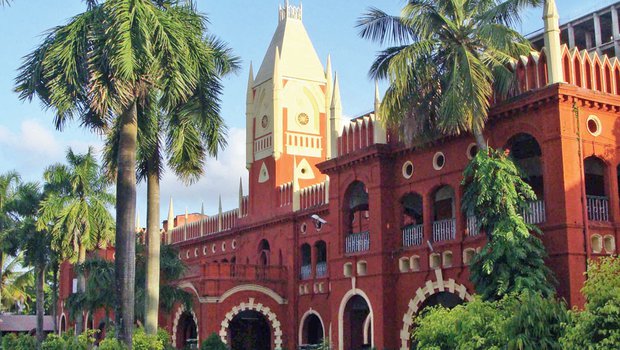 In a significant development, the Orissa High Court has stayed an arrest warrant issued by the National Commission for Scheduled Tribes ('the Commission') against the Collector & District Magistrate, Keonjhar. While staying the warrant, a Single Judge Bench of Justice Biswanath Rath observed that the Commission has prima facie exceeded its power. Mr. Ashish Thakare, the...

In a significant development, the Orissa High Court has stayed an arrest warrant issued by the National Commission for Scheduled Tribes ('the Commission') against the Collector & District Magistrate, Keonjhar. While staying the warrant, a Single Judge Bench of Justice Biswanath Rath observed that the Commission has prima facie exceeded its power.

Mr. Ashish Thakare, the Collector & District Magistrate of Keonjhar district, was summoned by the Commission to appear before it on 4th April 2022 in relation to a case pertaining to non-payment of compensation and employment benefit to a tribal person in a land acquisition case. However, he did not appear. Notably, he had ignored summons of the Commission for at least 'eight times' during the last six months.

Consequently, on 13th April, the Commission had issued a warrant of arrest against him exercising the powers of a Civil Court under clause (8) of Article 338A of the Constitution. The Commission recorded in the said warrant that the Collector was "absconding and keeping out of the way for the purpose of avoiding service of the summons".

Mr. A.K. Parija, Senior Advocate appearing for the petitioner-Collector, referred to complaints and the response of the Collector. He also took the Court through the powers of the Commission provided under the National Commission for Scheduled Tribe Rules of Procedure, 2021 and submitted that though the Commission has been given power to investigate and monitor all matters relating to safeguards provided to the Scheduled Tribes under the Constitution and any other law for the time being in force, the Commission has exceeded its jurisdiction in the case at hand.

It was also argued that once a complaint of whatever nature is received, it becomes the duty of the Commission to first have a scrutiny to find out whether exercise undertaken in such capacity brings its jurisdiction or not. Further, he argued that even assuming that the Commission has to work in the manner prescribed, once the complaints are served on the parties concerned asking them to file response and responses have also been filed, there is no necessity of personal appearance of the party. It was also suggested that representatives may appear on behalf of the person concerned as per the Rules. Therefore, Mr. Parija urged that there is absolutely no necessity of personal appearance of the Collector.

The Court after Perusing the complaint, notices issued to the Collector, response filed by the Collector and the provision so relied upon by the senior counsel for the petitioner, held that the Commission has exercised its power beyond the scope as provided under the Rules. Accordingly, the Court prima facie agreed to dispense with the personal appearance of the petitioner-Collector.

It was directed that the warrant of arrest shall remain stayed till next date of hearing. It was further made clear that pendency of the writ petition shall not stand on the way of the Commission to proceed in the inquiry and to arrive at conclusion even in absence of the Collector, providing right of submission to the representative of the Collector on appropriate notice.