Misuse Of Oxytocin In Milch Animals Vs. Its Use As Essential Life Saving Drug: SC Refers Centre's Appeal To Larger Bench [Read Judgment] 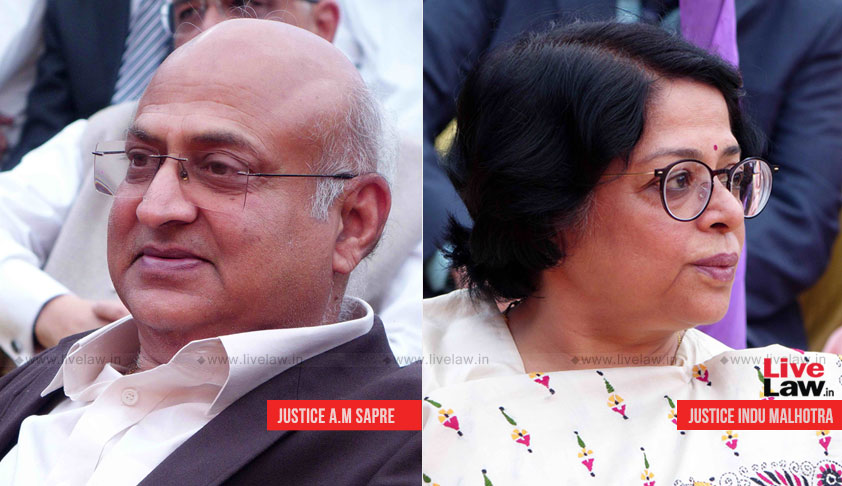 The Supreme Court has referred to larger bench an appeal filed by Union of India against the Delhi High Court judgment quashing a notification that restricted the manufacture of Oxytocin formulations for domestic use, only by public sector undertakings or companies, to the complete exclusion of the private sector companies.

The bench comprising Justice Abhay Manohar Sapre and Justice Indu Malhotra observed that these appeals raise serious issues having far reaching implications. After considering the submissions made by both sides, the said:

The twin issues which arise for consideration are on the one hand, the unregulated and clandestine manufacture of the drug Oxytocin, which is reportedly misused in milch animals; and on the other hand, the continued supply of an essential life-saving drug, which is used as the first line drug for prevention and treatment of post-partum haemorrhage at the time of childbirth.

The bench thereafter referred the following 'substantial questions of law' to a larger bench:

It will also decide the scope of the powers of the Central Government under Section 26-A of the Drugs and Cosmetics Act qua the rights of the persons, who are engaged in business of manufacture and sale of Drugs specified under the Drugs and Cosmetics Act read with Essential Commodities Act.In effect, in my opinion, it will not be a judgment inter party but it will be in rem laying down the law on the questions.

Delhi HC View: Therapeutic Benefit To Humans Could Not Have Been Given Less Importance

In December, 2018, the division bench of the High Court comprising Justice S. Ravindra Bhat and Justice AK Chawla had allowed the writ petitions filed by All India Drug Action Network and others who challenged this notification contending that it endangers the lives of pregnant women and young mothers.

The bench, while quashing, had observed that the Centre did not adequately weigh in the danger to the users of Oxytocin, nor consider the deleterious effect to the public generally and women particularly, of possible restricted supply if the manufacture is confined to one unit, to the pregnant women and young mothers, of a potentially life-saving drug. "The risk of such a consequence can be drastic: the scarcity of the drug, or even a restricted availability can cause an increase in maternal fatalities, during childbirth, impairing lives of thousands of innocent young mothers. The impugned notification and preceding decision-making process placed far greater importance on the need to prohibit availability of Oxytocin from what was perceived to be widespread veterinary misuse: clearly the trigger for the move was the HP High Court judgment, which did not notice that Oxytocin was an essential drug", the bench had said.