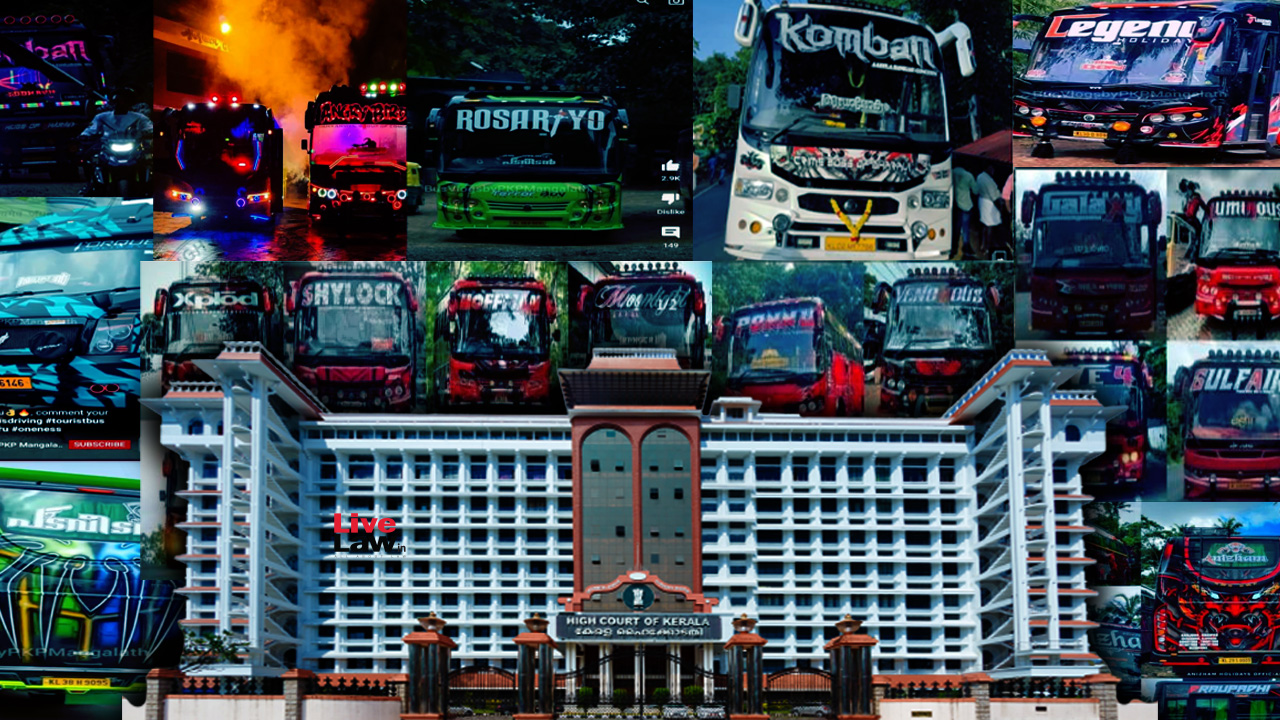 In the wake of the tragic Wadakkanchery accident in Palakkad district, the Kerala High Court has called for strong action against tourist buses fitted with illegal modifications and YouTube vloggers who promote such vehicles which pose "potential threat to the safety of passengers and other road users".

The Court noted that the tourist bus involved in the accident had several unauthorized alterations as its passenger cabin was fitted with multi-coloured LED/Laser/Neon lights, flash lights and high-power audio system producing loud sound. The windscreen of the bus had huge graphical inscriptions obstructing the vision of the driver. The Court also noted that the vehicle, which rammed into a KSRTC Bus during the early hours of October 6, was fitted with multi-toned horn in violation of the Central Motor Vehicle Rules.

After referring to video clippings of the bus involved in the accident -which led to the death of nine people, including 5 students - the Court observed :

In this regard, the Court referred to an earlier order passed by it in June 2022, whereby authorities were directed to take action against vehicles fitted with unauthorised audio and visual systems.

The bench comprising Justices Anil K Narendran and PG Ajithkumar also strongly condemned the action of the vloggers and others who upload videos on 'YouTube' and other online platforms, promoting the use of motor vehicles in public places, flouting safety standards and has directed the Transportation Commissioner to take action against them.

The bench included the screenshots of several YouTube videos which promote such vehicles.

The Transport Commissioner, through the concerned Enforcement Officers in the Motor Vehicles Department shall initiate proceedings against the contract carriages in the screen shots re-produced hereinbefore at paragraphs 7 and 8 of this order. He shall also obtain the details of the vloggers who posted such promotion videos/posts in 'YouTube' and other online platforms., the Court ordered. 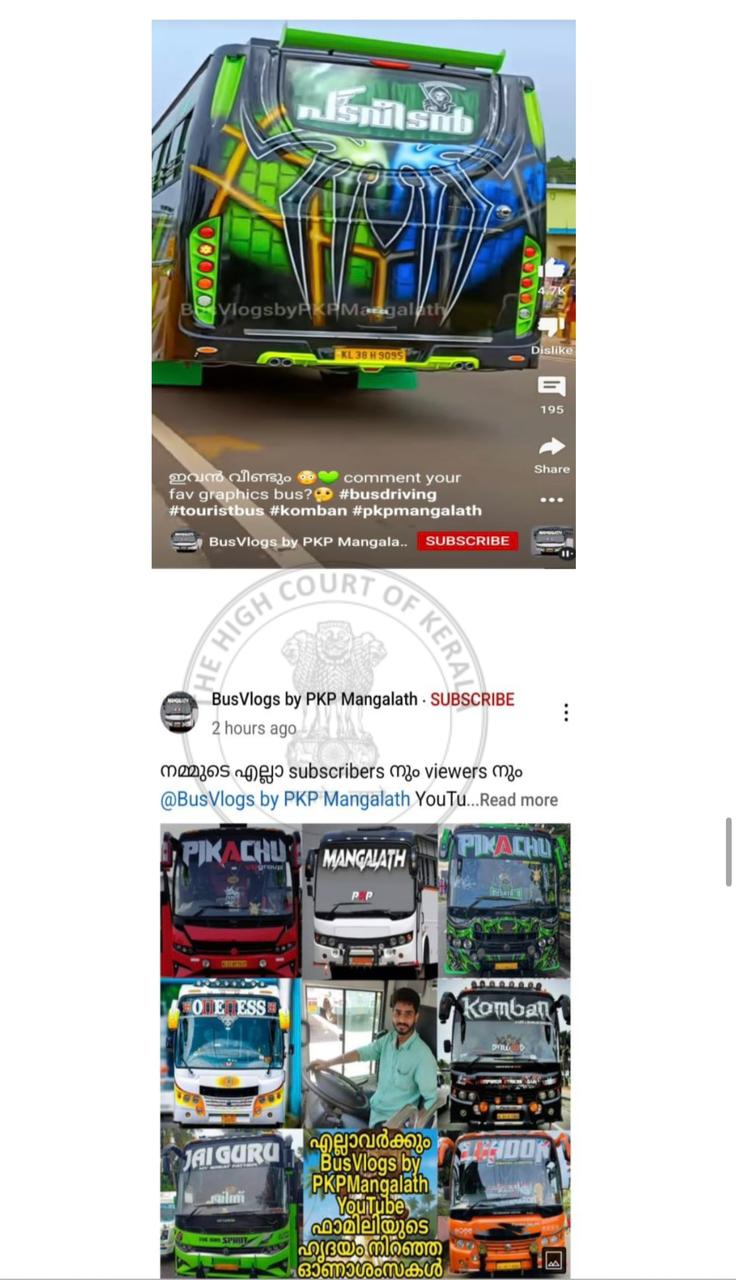 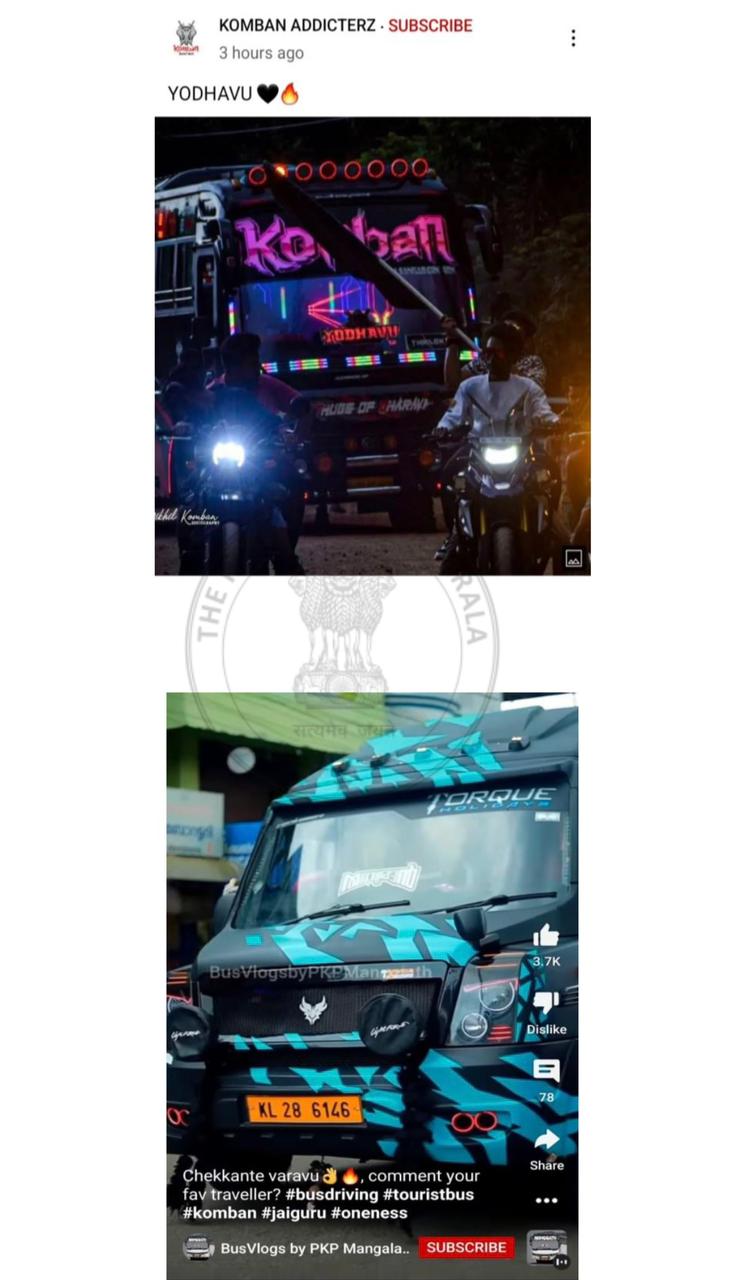 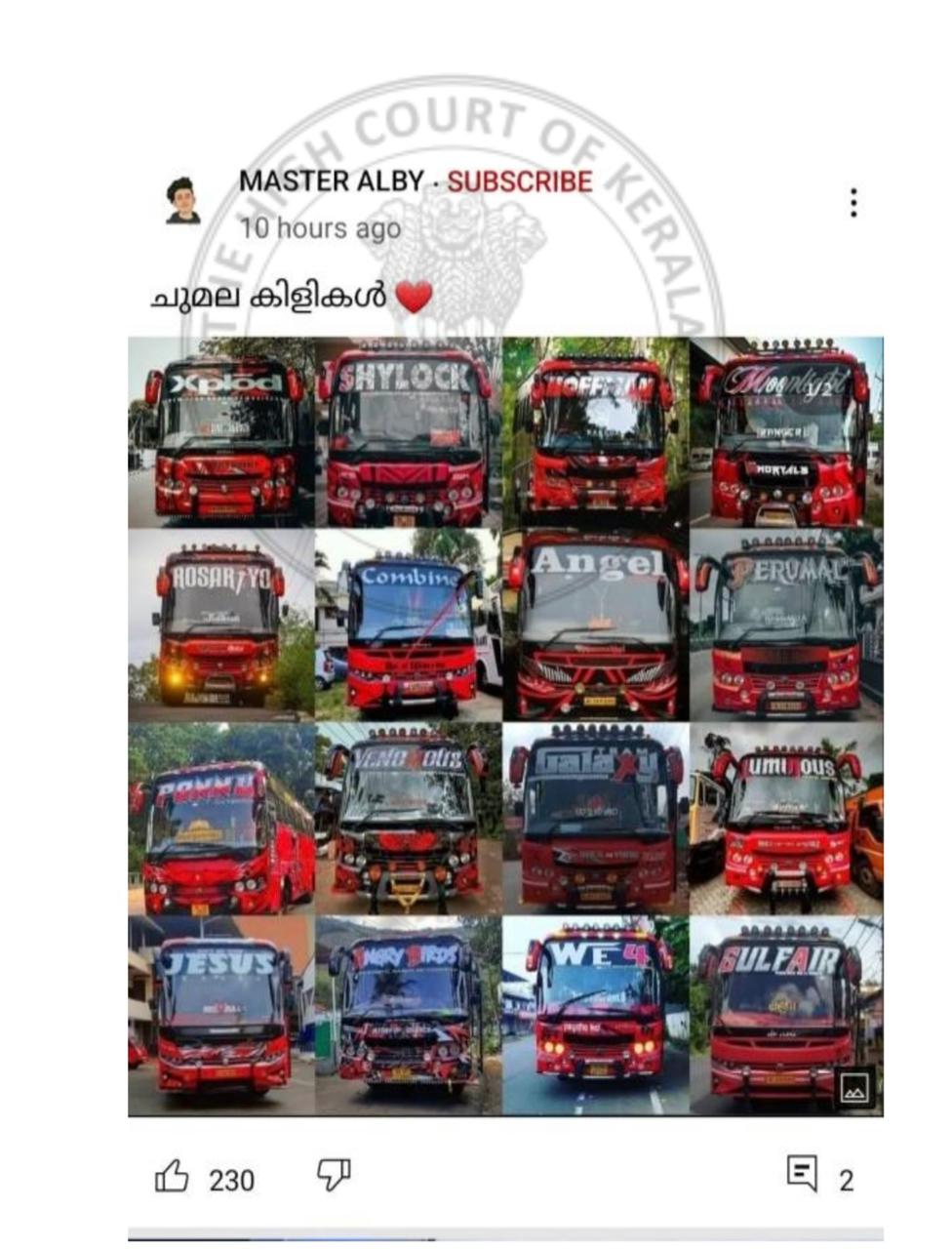 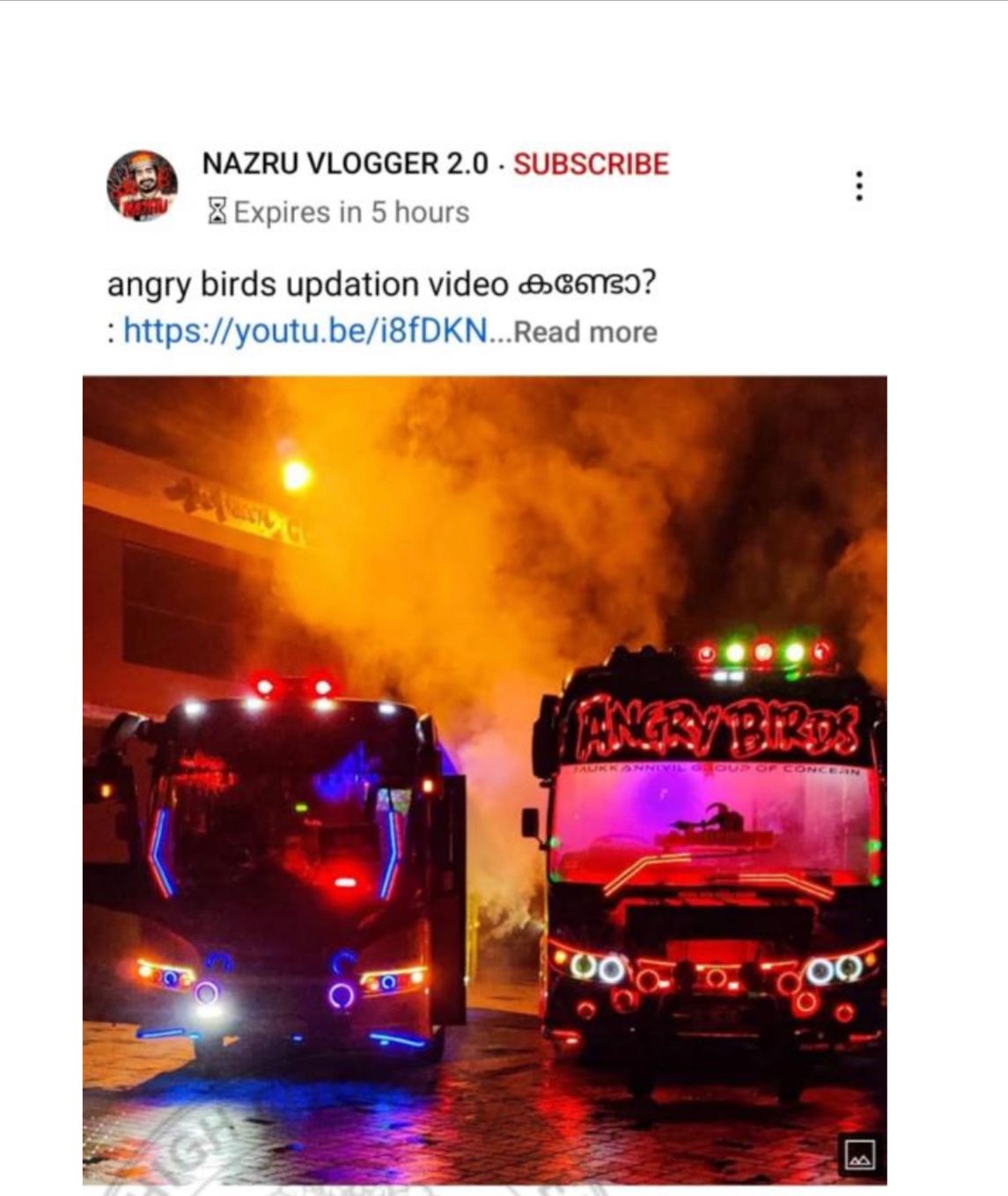 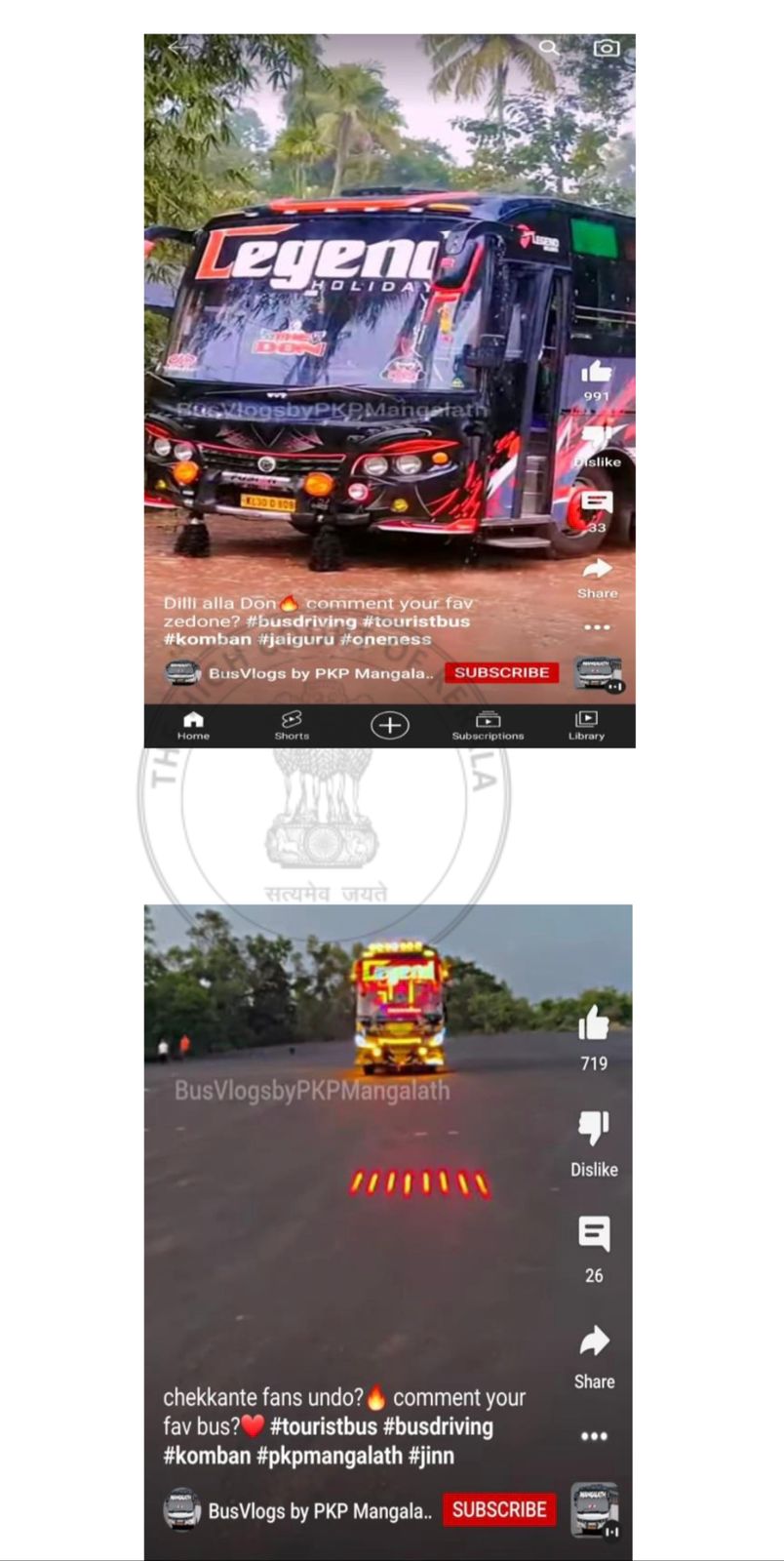 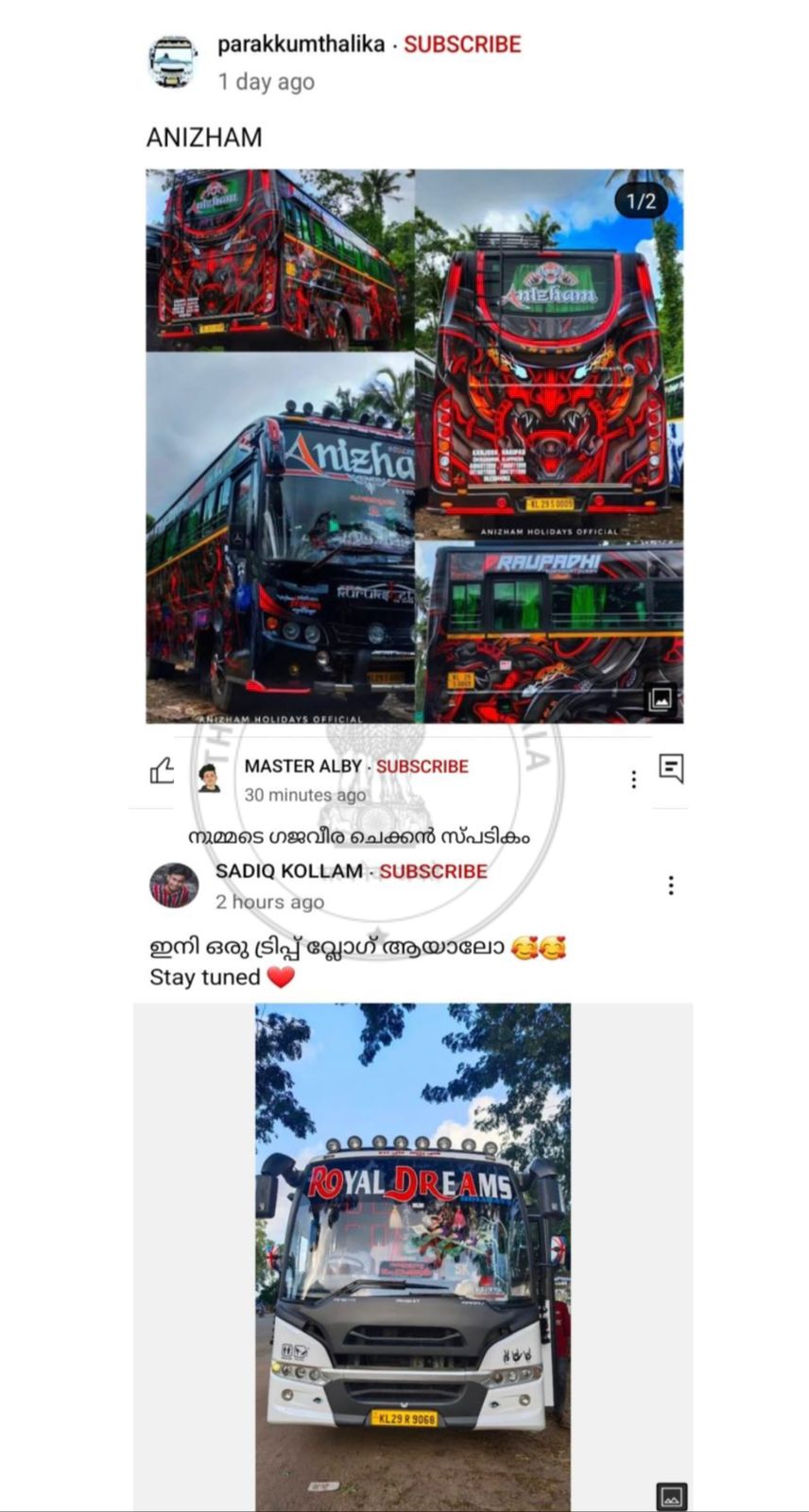 When the matter was taken up today, the Deputy Solicitor General of India, Advocate S Manu, sought time for getting instruction from the Secretary, Ministry of Road Transport and Highways, as to the action that can be taken against the vloggers and others, who upload videos in 'YouTube' and other online platforms, promoting the use of motor vehicles on public places, flouting the safety standards, posing a potential threat to the passengers as well as others road users.

The Court has also directed the Transport Commissioner through Enforcement Officers in Motor Vehicles Department and the State Police Chief through the District Police Chief of the concerned Districts to prohibit the use of contract carriages and other transport vehicles in public places, flouting the safety standards in strict compliance of the directions contained in the previous order passed by the Court on this regard.

Further, the Court observed that any person who drives, causes or allows to be driven in a public place in such a contract carriage or other transport vehicle shall be proceeded against under sub-section (2) of Section 190 of the Motor Vehicles Act and the driving licence held by the driver of such vehicle shall be forwarded to the licensing authority for disqualification or revocation proceedings under Section 19 of the Act and the certificate of fitness granted to such transport vehicle shall also be cancelled by the prescribed authority, in accordance with the provisions under sub-section (4) of Section 56 of the Act.

The matter has been posted for 10th October at 2:00 P.M. for further consideration.