Rajya Sabha Clears Bill For Regularization Of Unauthorized Colonies In Delhi; Extension Of Protection From Sealing/ Demolition Till 2023 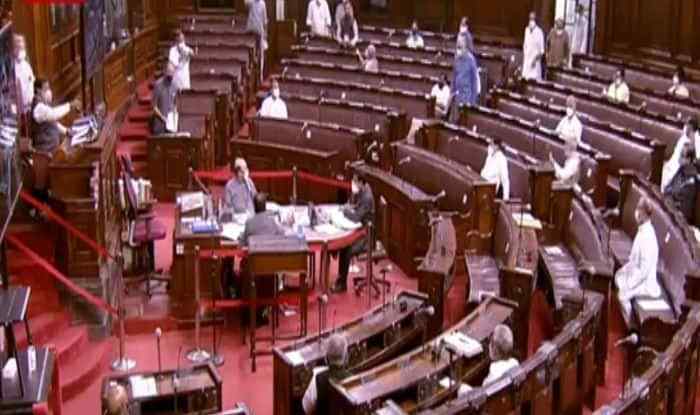 The Upper House of the Parliament today passed the National Capital Territory of Delhi Laws (Special Provisions) Second (Amendment) Bill, 2020 by voice vote. It was introduced by Minister for Housing and Urban Affairs of India, Hardeep Singh Puri, for extending the time period available with the Government for regularization of unauthorized colonies. Background The Government...

It was introduced by Minister for Housing and Urban Affairs of India, Hardeep Singh Puri, for extending the time period available with the Government for regularization of unauthorized colonies.

The Government had enacted the NCT of Delhi Laws (Special Provisions) Second Act, 2011, with the following objectives:

The validity of this Act was set to expire on December 31, 2020, whereas the above objectives are yet to be achieved. Therefore, the Government seeks to extend the operation of the 2011 Act, to preclude any coercive measures such as sealing/ demolition against residents of these unauthorized colonies.

[Presently, the Act is in force due to an extension granted by way of an Ordinance, promulgated on December 30, 2020.]

All 14 members who spoke during the discussion on this Bill expressed their support for protection of lives and shelter of the poor people. The members also made a unanimous request to the Government to expedite the process of regularization, and allotment of housing units to the slum dwellers.

MP for the Aam Aadmi Party in Delhi, Sanjay Singh, expressed concern over successive extensions granted in the years 2008, 2011, 2014, 2017, 2020. He also urged the Government to strictly implement the NCT of Delhi (Recognition of Property Rights of Residents in Unauthorized Colonies) Act, 2019.

[This Act provides for recognizing the property rights of resident in unauthorized colonies by securing the rights of ownership or transfer or mortgage in favour of such residents.]

Some members also expressed concern over the Supreme Court's order for removal of nearly 48,000 slum dwellings around the 140-kilometer length of railway tracks in Delhi. However, the Government has already clarified that there will not be immediate removal of those slums.

Responding to the debate, Union Minister Hardeep Singh Puri informed the House that all possible steps are being taken under the Prime Minister Awas Yojana. He said, as against the demand assessment of 1.12 lakh houses in Delhi, 1.11 lakh houses have already been sanctioned, 42 lakh units have been handed over to the beneficiaries and 72 lakh units are under construction. The Minister further informed the House that the issue of Migrant labours could not be resolved under the present housing scheme since they do not look for permanent homes. Therefore, the Government is signing MoUs with various State Governments for providing 'Affordable Rental Housing Complexes' for migrants.