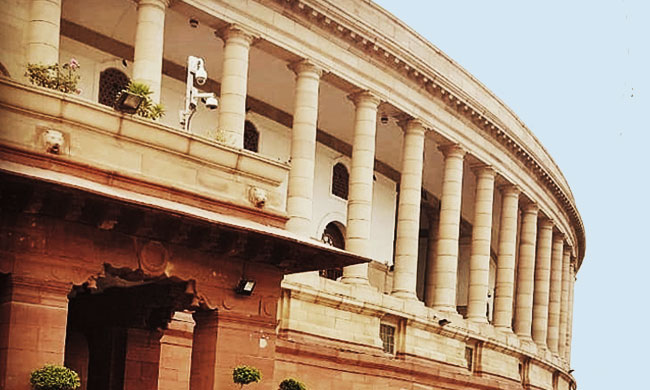 The Parliament on Tuesday passed the Aircraft (Amendment) Bill, 2020, to bring the Aircraft Act, 1934 in line with the internationally accepted standards, procedures and practices as laid down by the International Civil Aviation Organisation (ICAO). The Bill was cleared by the Lok Sabha on March 17, 2020 during this year's budget session. As per the Statement of Objects and...

The Parliament on Tuesday passed the Aircraft (Amendment) Bill, 2020, to bring the Aircraft Act, 1934 in line with the internationally accepted standards, procedures and practices as laid down by the International Civil Aviation Organisation (ICAO).

The Bill was cleared by the Lok Sabha on March 17, 2020 during this year's budget session.

As per the Statement of Objects and Reasons annexed to it, the 2012 and 2105 audits conducted by the ICAO indicated a need to amend the Aircraft Act:

It is in this backdrop, Minister of Civil Aviation Hardeep Singh Puri said, that the amendments were being proposed. He further said that the Bill was necessitated keeping in view the rising number of air passengers and cargo traffic across airports.

During the discussion on the Bill, many members objected to direct Government interference in the functions of DGCA.

They expressed concern over standard of aircrafts and flight safety in the backdrop of the recent air crash in Kerala's Khozikode. To this end, they said that DGCA and other civil aviation bodies should be made autonomous and should be headed by technically qualified people such as former air force pilots, instead of bureaucrats.

The members also widely opposed the privatization of Air India, responding to which Puri said that the company had been facing consistent losses and was under a debt of approximately Rs. 60,000 crore.

Members also criticized rampant privatization of airports and accused the Government of invariably allotting tenders to the Adani Group. However, Puri assured that all the auctions conducted by them was done in a 'transparent manner'. He also defended Government's decision to privatize certain airports (especially the Delhi & Mumbai airports), as a means of income which helped in development of further airports.

The Bill will now be presented before the President for his assent.

To give effect to the first two recommendations made by the ICAO, the Bill converts the following three existing bodies under the Ministry of Civil Aviation into statutory bodies:

Each of these bodies will be headed by a Director General, as appointed by the central government.

Presently, the Act prescribes a penalty of imprisonment of up to two years or of fine up to Rs 10 lakh, or both, for offences such as: (i) carrying arms, explosives, or other dangerous goods aboard aircraft, (ii) contravening any rules notified under the Act, and (iii) constructing building or structures within the specified radius around an aerodrome reference point.

In line with the third recommendation of the ICAO, the Bill proposes to raise the maximum limit on fines for all these offences from Rs. 10 lakh to Rs. 1 crore.

The Bill provides for appointment of designated officers, not below the rank of Deputy Secretary to adjudicate penalties under the Bill. An appeal against the order of a designated officer may be made before an appellate officer, within 30 days.

Inter alia, the Bill also provides for control of the manufacture, possession, use, operation, sale, import and export of aircraft; and regulation of all areas of air navigation services.