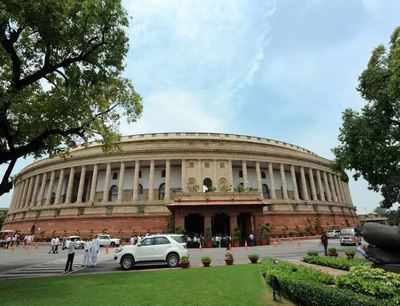 The Bill to prohibit production, manufacture, import, export, transport, sale, distribution, storage, and advertisement of e-cigarettes and similar devices, was passed by the Lok Sabha on November 27. It will replace the ordinance promulgated by the Centre in that behalf on 18 September.

The Bill categorizes the aforesaid prohibited activities as cognizable offences. It assumes importance from the standpoint of WHO Framework Convention on Tobacco Control, 2003, which India is a signatory to. Asserting that e-cigarettes result in lung cancer, cardiovascular diseases, and other illnesses associated with smoking traditional cigarettes, WHO had called upon all signatory states to the Framework in 2014, to consider prohibiting the use of e-cigarettes in their countries. Even the Indian Council of Medical Research had recommended a complete ban on e-cigarettes and other Electronic Nicotine Delivery Systems.

It further punishes storage of e-cigarettes with imprisonment up to six months or a fine of up to Rs 50,000, or both. Once the Bill comes into force, the owners of existing stocks of e-cigarettes will have to declare and deposit these stocks at the nearest office of an authorized officer.

The Bill authorizes officials to search premises and seize materials without warrant, in case they suspect contravention of the Act. It further empowers them to attach properties, stocks of e-cigarettes or records maintained by the manufacturer, producer exporter, transporter, importer, stockist against whom a complaint is made.

During the discussion, members pumped that tobacco itself should be banned, to ensure healthier lives for citizens. Congress MP Ripun Bora claimed that as per a report, e-cigarettes were 95% less harmful than conventional tobacco cigarettes. Accusations that the govt. was defending tobacco lobby were also imputed by certain members.

While supporting the Bill, AIADMK MP Vijila Sathyananth said that conventional smoking products should also be banned an all designated smoking areas should be abandoned.

Taking a unique approach to the Bill, SP MP Ravi Prakash Verma remarked that the need of the hour was to address the reason behind smoking. He said that improving India's performance on Happiness Index was the right way to go, which would automatically bring a downfall in the industrial demand for tobacco products.

In his reply, Dr. Harsh Vardhan told the house that as many as 150 school children were found in possession of vaping devices, during a surprise check in a Delhi school. He said that the question of tobacco lobby did not arise as the tobacco companies themselves were planning to launch e-cigarettes, an attempt that was rendered futile by govt.'s prompt action.

Pointing certain loopholes in the Bill, TRS MP Dr. K Keshava Rao said that the "usage" of e-cigarettes was not prohibited under the Bill. "If I use an e-cigarette, I am safe," he remarked. Similarly, Nominated MP Dr. Narendra Jadhav pointed out that the Bill did not prohibit "possession" and "consumption" of e-cigarettes, creating a loophole to the benefit of persons already owning an e-cigarette.

Nevertheless, the Bill was passed without any amendments. It will now be placed before the President for his assent.