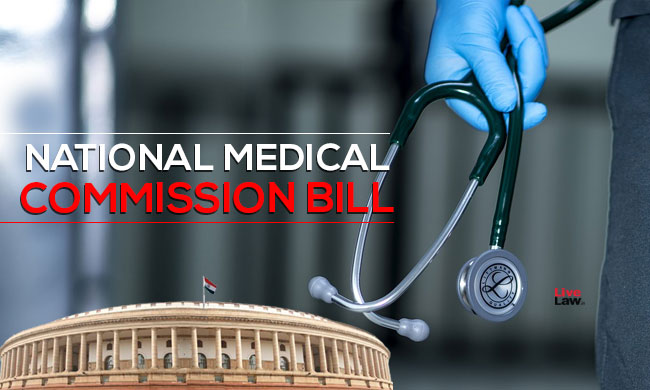 The Rajya Sabha on Thursday passed the National Medical Commission(NMC) Bill 2019, which is under severe criticism from the medical fraternity.

The NMC Bill, which was cleared by the Lok Sabha on July 29,  seeks to repeal the Indian Medical Council Act, 1956 and replace the Medical Council of India (MCI). The Bill establishes a National Medical Commission in place of the MCI.

The contentious provision is Section 32 of the Bill, which enables the NMC to give license to practice medicine as 'Community Health Provider' to anyone who is "connected with modern scientific medical profession who qualifies such criteria as may be specified by the regulations".

Union Health Minister Harsh Vardhan justified the provision by saying that it will tackle the acute shortage of doctors in rural areas.

The Indian Medical Association has termed that this will amount to "institutionalizing quackery".

The opposition members in the house said that the term 'Community Health Provider' is vaguely defined,

The medical community also feels that NMC is a body with weak autonomy as out of 25 members proposed for the NMC, five will be elected and the non-elected members would be either government officials or those nominated by the government. The doctors also oppose section 45 of the bill, which, according to them, empowers the Centre to override any suggestion of the NMC.

With the aim of bringing in national level uniformity in medical course, final year MBBS exam is sought to be made 'National Exit Test' which will be treated as entrance test for PG admission.

The medical fraternity is opposed to this move as well. "Merit should be the determining factor in securing a PG seat and the current NEET-PG should not be scrapped," said the All India Institutes of Medical Sciences (AIIMS) Resident Doctors Association (RDA) the Federation of Resident Doctors Association (FORDA) and the United-RDA in a joint statement opposing the NMC Bill in its current form.

In contrast with the MCI which didn't have the power to regulate fees, the NMC is given the power to determine fees in 50% of seats in private medical college seats.

The IMA has called for a nationwide stir against this new law.