The President of India has issued an order summoning Lok Sabha and Rajya Sabha on 14th September, 2020.

The notification to this effect has been published in the official gazette. Lok Sabha Session will begin at 9am whereas the Rajya Sabha at 3pm.

Article 85 empowers the President of India, form time to time summon each House of Parliament to meet at such time and place as he thinks fit. It also provides that six months shall not intervene between its last sitting in one session and the date appointed for its first sitting in the next session.

The Budget session of Parliament had adjourned sine die on March 23 due to outbreak of the Covid-19 pandemic.

Earlier, Cabinet Committee on Parliamentary Affairs had reportedly recommended that the Monsoon Session of Parliament be held from September 14 to October 1. According to them, there will be in total 18 sittings and its dates will be notified later in the day. 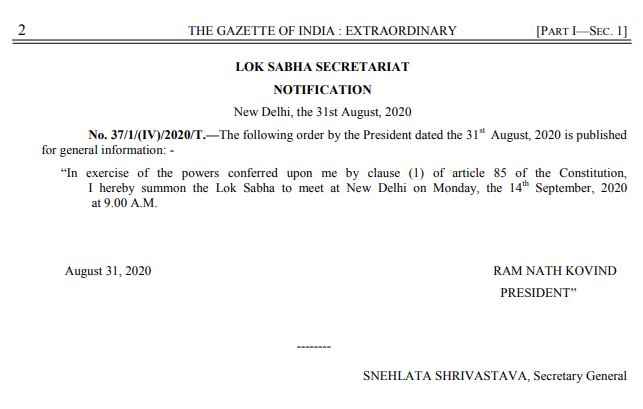 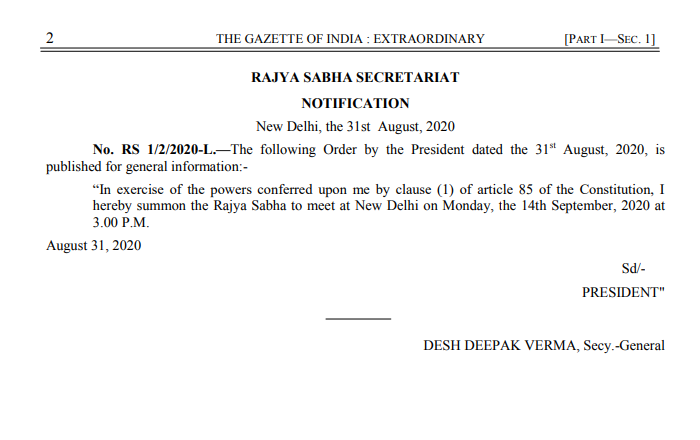