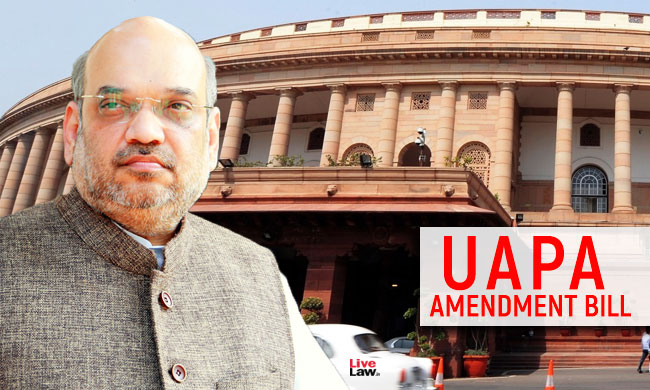 The Rajya Sabha on Friday passed the Unlawful Activities (Prevention) Amendment Bill 2019, which will enable the Central Government to notify an individual as 'terrorist'.

The amendment seeks to empower Centre to designate individuals as terrorist on the above grounds. It proposes to add 'Fourth Schedule' to the principal Act which will include the names of individuals designated as individuals.

An individual aggrieved by the designation as terrorist has the option to challenge it before a Review Committee constituted by the Central Government.

The Bill additionally empowers the officers of the NIA, of the rank of Inspector or above, to investigate cases.

Replying to the opposition, Union Home Minister Amit Shah said that the amendment was necessary as banned organization often change their name and resurface as a different entity.  He added that the law has in-built safeguards to ensure that it will not be misused.