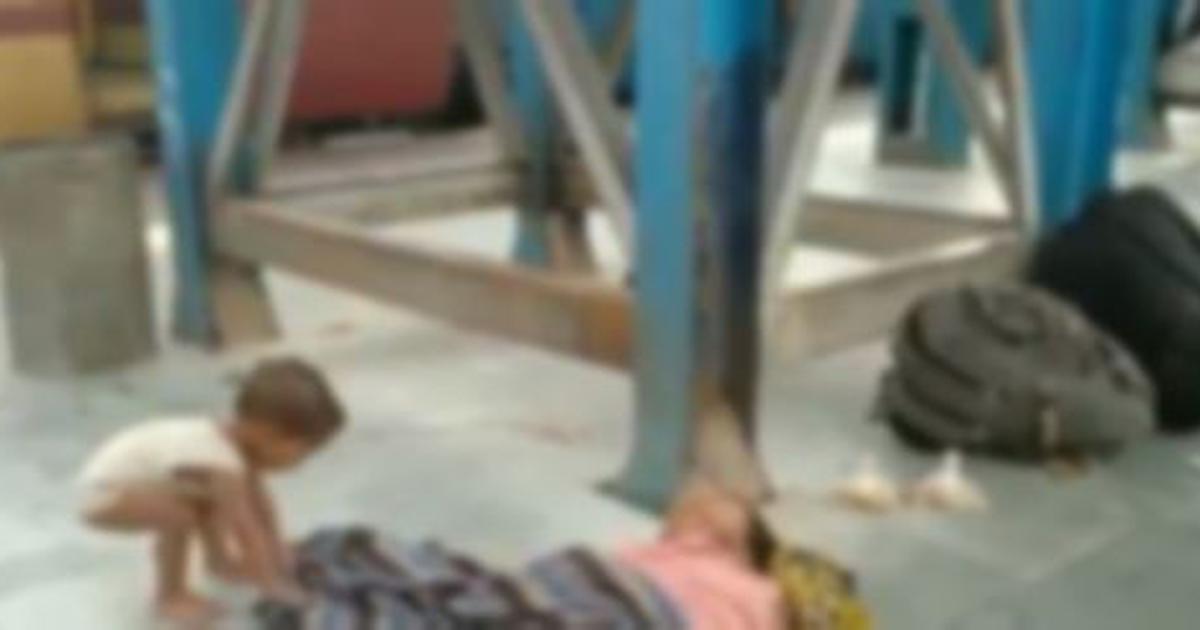 x
The Govt told the HC that the mother was mentally unstable and died a natural death.

The Patna High Court has taken suo moto cognizance of the harrowing video of a toddler trying to wake up his dead mother at the Muzaffarpur Railway Station in Bihar. Calling the incident "rather shocking and unfortunate", the Patna High Court Bench comprising of Chief Justice Sanjay Karol and Justice S. Kumar stated that the incident warranted the intervention of the High Court, and...

The Patna High Court has taken suo moto cognizance of the harrowing video of a toddler trying to wake up his dead mother at the Muzaffarpur Railway Station in Bihar.

Calling the incident "rather shocking and unfortunate", the Patna High Court Bench comprising of Chief Justice Sanjay Karol and Justice S. Kumar stated that the incident warranted the intervention of the High Court, and accordingly took suo moto cognizance of the news and issued notice.

The incident was brought to the notice of the Chief Justice by Justice S. Kumar during the course of a hearing via a newspaper article published in Times of India dated 28th May, 2020 (Patna Edition). It was also brought to the notice the Additional Advocate General S.D. Yadav who had been present in the Virtual Court.

"If the contents of the news items are correct, of which we have no reason to disbelieve, for the paper being of national repute having wider circulation, then the incident is rather shocking and unfortunate. This warrants intervention by us in exercise of our jurisdiction under Article 226 of the Constitution of India and as such we take suo motu cognizance of the news item and issue notice".

In light of the same, the Bench has formulated the following issues that warrant immediate consideration:

"(a) whether the postmortem of the dead body was conducted? If yes, what was the cause of death? Did the lady actually die of hunger?

(b) Was she travelling alone with her sibling? If not, who all were her companions?

(c) What action stands taken by the law enforcing agencies?

(d) Were the last rights of the deceased performed as per the custom, tradition and instructions issued by the government?

(g) Above all, who is now taking care of the children/sibling(s), who unfortunately lost their mother in these times of distress?

S.D. Yadav, AAG-IX has been directed to obtain instructions on all issues, including ascertaining from the nominated Standing Counsel for the State of Bihar in the Supreme Court as to whether the Apex Court has taken cognizance of this particular incident.

Additionally, Counsel Ashish Giri has been directed to assist in the matter as Amicus Curaie.

The matter was then listed at 2.15pm on Thursday.

In the afternoon session of the matter, Yadav informed the Bench that no information could be ascertained as the matter, despite being listed on the Board, had not reached in the Supreme Court.

He further stated that the news report was partially incorrect.

"The deceased was mentally unstable and had died a natural death during the course of her journey from Surat (Gujarat), which fact was reported by her companions i.e., her sister and brother-in law (sister's husband, namely Md. Wazir). The deceased, who had been deserted by her husband, had only one child."

Yadav informed the Court that the death of the woman had been brought to the notice of the Railway Authorities, and after recording the statement of Md. Wazir, the body was allowed to be taken home and no postmortem had been conducted. No FIR had been registered either. The orphaned child was in the safe custody and guardianship of the sister of the deceased

Yadav further assured the Court that he would personally pursue the matter with the authorities for enquiring from the family if they need assistance. He clarified that his statement was based on instructions that he had received and the recorded statement of Md. Wazir.

The Bench acknowledged the submissions of Yadav and stated:

"In view of the aforesaid statement, at this stage, awaiting instructions from the Standing Counsel in the Supreme Court, we, prudently refrain from issuing any further directions more so when the child is in safe custody".

The matter is now listed on 3rd June and the concerned Principal Secretaries have been directed to file personal affidavits before the next date.