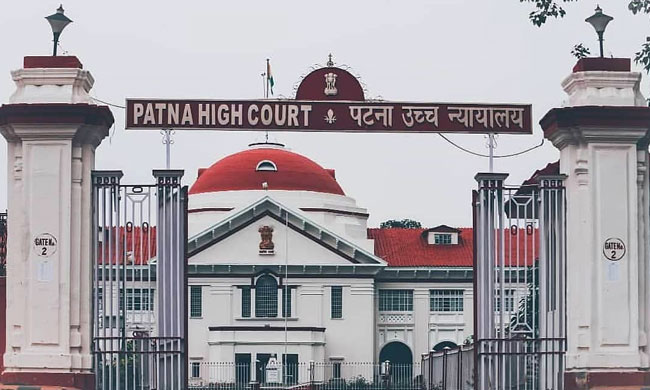 The Patna High Court has taken suo moto cognizance of the plight of children in the District Bhagalpur, Bihar due to non-availability of mid-day meals following shutting of schools and Anganwadi centres amid the COVID-19 pandemic. The bench of Chief Justice Sanjay Karol and Justice S. Kumar has taken cognizance of the matter based on a news report run by the Indian Express which...

The Patna High Court has taken suo moto cognizance of the plight of children in the District Bhagalpur, Bihar due to non-availability of mid-day meals following shutting of schools and Anganwadi centres amid the COVID-19 pandemic.

The bench of Chief Justice Sanjay Karol and Justice S. Kumar has taken cognizance of the matter based on a news report run by the Indian Express which pointed out that children had been forced to indulge into begging, garbage picking and scrap selling, due to non-availability of food.

"The news article highlights an issue of public importance and relevance. It concerns the welfare of children hailing from the lower most strata of the society; the marginalized, downtrodden, socially and economically deprived section of the society," the bench said.

The news report stated that ever since the shutting down of the Anganwadi centres and suspension of supply of mid-day meals to children under various schemes rooted by the Government, due to lockdown, families and children who come from poor socio-economic backgrounds are facing economic hardships and as a result are "unable to put food on the table".

As per the news item, a sum of Rs.114.21 to children from classes 1-5, and Rs.171.17 to children from classes 6-8 is being remitted directly into the bank accounts of the parents. Incidents were reported where no money stands remitted into the bank accounts of parents since April 2020. For earning, many families, including young children, are being forced into garbage collection or begging, the bench recorded.

Expressing concern over the issue the bench said,

"Adequate nutrition is essential for school children's health and wellbeing. Children are kept away from schools and Anganwadi centres to restrict the spread of COVID 19. As a result, many nutrition deficient children who rely heavily on government schemes to meet their daily nutrition requirements have been put at risk. The disruption and closure of schools across the State will have a negative impact not just on children's right to education but also in specific cases, their right to adequate food."

The court reposed that the "constitutional and statutory mandate" needs to be implemented in letter and spirit. It observed that as per Article 47 of the Constitution, the State has a duty to raise the level of nutrition and standards of living of its people and improve public health. Similarly, Section 5 of the National Food Security Act 2013 casts a statutory obligation on the Government to provide nutritional support to children.

"The relevant issue that arises is whether the State is fulfilling its statutory and constitutional mandate of providing food and nutritional security to children who have been adversely impacted by the closure of schools and Anganwadi centres due to the Pandemic COVID-19. The secondary issue that arises is that with the closing down of schools, what measures can be adopted to prevent school children from indulging in begging and garbage collection," the bench said while making a direction to the HC Registrar to register the petition as a suo moto case.

In the interregnum, the bench said,

"Perhaps, for meeting the minimum nutritional requirement of a child, Anganwadi Centre; Community Centre(s) or the schools can be opened up, for a limited 8 purpose of providing food to the children. This, of course, has to be in conformity with the directions issued by the authorities for meeting with the situation of the current Pandemic Covid-19. Let the State take a conscious decision on this aspect."

"we direct the respondents herein to ensure that no child is pushed into or indulges in any activity of rack picking or beggary, more so on account of lack of food."

However, the bench said that these instructions should not be misunderstood as a direction to opening and recommencing classes.

Advocate Chhaya Kirti has been appointed as Amicus Curiae in the case.

Case Title: Court on its own motion v. State of Bihar