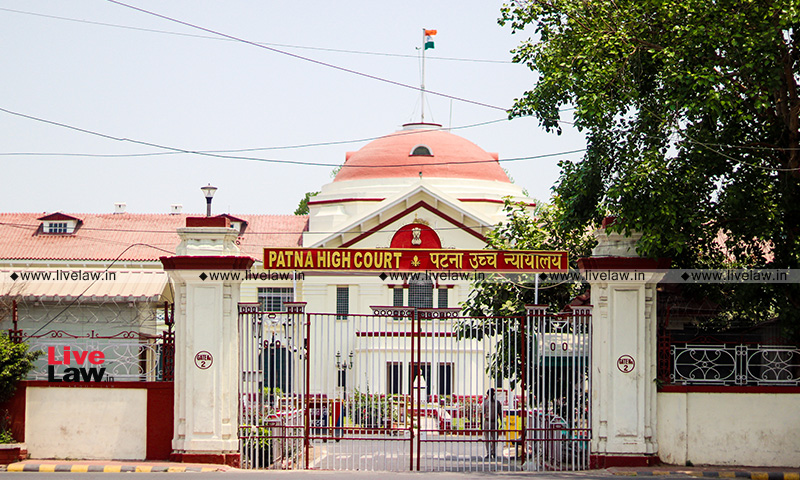 The Patna High Court has granted bail to a man accused in the case of making fake calls in the name of Superintendent of Police for pressurizing the complainant into land and money transactions.

Before the court, Advocate Lal Babu Singh, appearing for the petitioner, submitted that the petitioner is suffering from prolongation of latency in both eyes sugg of demyelinating optic neuropath from his childhood and now it has caused blindness in both eyes.Therefore, the petitioner should be released on bail.

The petitioner, claiming to have no criminal antecedents, was said to be in custody since November 1, 2021.

It is alleged that a forged true caller ID was made in the name of Superintendent of Police and from the said ID the call was made. The owner of the mobile has been identified as one Ram Prasad and in course of investigation, it came that the local MLA of Raxaul had been regularly talking to Sub-Inspector of Police Sanjay Kumar Singh and he was also called at his residence where the Sub-Inspector of Police found that Dinesh Mahaseth, Madhu Yadav and Kapildev Sarraf were sitting and a panchayati was taking place as regards the land and money transactions.

It is further alleged that on inquiry made to technical cell about IMEI number of the mobile, it was found that the owner of that IMEI number mobile is one Ritesh Singh and when raid was conducted at this house Ram Prasad was also found present.

It is then alleged that in course of investigation, Ram Prasad disclosed that one Dr. Ganga Kumar son of Yogi Yadav had made the call from the said mobile to Dinesh Mahaseth but later on the co-accused Ritesh Singh disclosed that it was this petitioner who had talked on the mobile.

Counsel submitted that it is apparent from the FIR that the prosecution story is totally inconsistent. It is further submitted that the petitioner is in custody for more than 6 months, investigation against him is complete and his presence may also be secured in course of trial.

APP Akhileshwar Dayal, appearing for the state, has opposed the petitioner's prayer for bail.

Considering the aforesaid submissions and the apparent inconsistency at this stage when the petitioner has already remained in jail for over 6 months, he has no criminal antecedents and his presence may also be secured in course of trial, the Court directed his release on bail on furnishing bail bond of Rs. 25,000/- with two sureties of the like amount, subject to the condition as laid down under Section 437 (3) Cr.P.C.

For the Opposite Party : Mr. Akhileshwar Dayal, APP