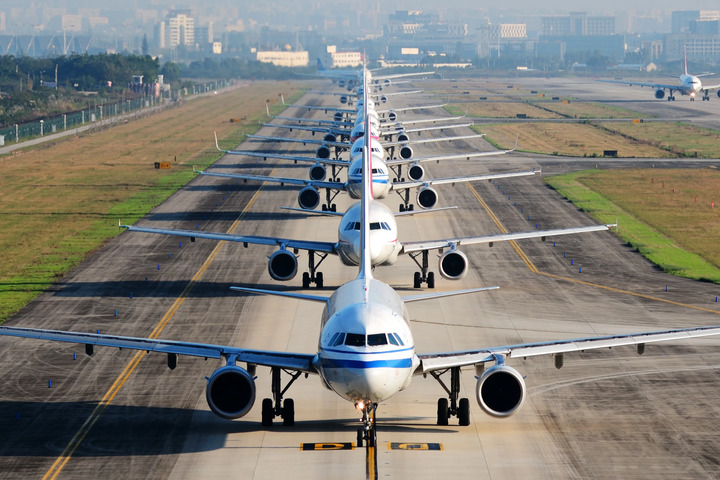 The Patna High Court has sought details of the action being taken by the Bihar government regarding the expansion, development and land acquisition of various airports, including those at Patna, Bihta, Gaya, Darbhanga and Purnia.While hearing public interest litigations filed by a Gaurav Kumar Singh and others, a division bench of Chief Justice Sanjay Karol and Justice S Kumar ordered,...

The Patna High Court has sought details of the action being taken by the Bihar government regarding the expansion, development and land acquisition of various airports, including those at Patna, Bihta, Gaya, Darbhanga and Purnia.

While hearing public interest litigations filed by a Gaurav Kumar Singh and others, a division bench of Chief Justice Sanjay Karol and Justice S Kumar ordered, "On the request of all the respondents, one week's time is granted to file reply."

Along with this, the court has also directed the central government to submit full details of the survey being done for the airport in the state.

The airports whose development and construction have been mentioned in the petition include Gaya, Muzaffarpur, Darbhanga, Bhagalpur, Forbesganj, Munger and Raxaul airports including Jaiprakash Narayan Airport.

The petitioner has prayed for operationalization of all the above airports. It has also sought directions to increase their capacity with the expansion of runways and other infrastructure.

The petitioner submitted that even though, for expansion of Patna Airport, a sum of Rs. 1216.9 crores was sanctioned, but only 32% of the amount thereof stands utilized. It was submitted that the project was scheduled to be completed sometime in December 2023 but there is a huge delay in execution thereof.

A similar grievance was also pointed out with respect to the airport at Gaya. It was submitted that the expansion of the said airport, which would cater to tourists from international destinations was delayed inordinately. One common factor for the delay is a lack of acquisition of the required land, it was submitted.

The Court had noted that at this point in time, airports at Bhagalpur, Forbesganj (Jogbani), Munger, Raxaul, and Muzaffarpur are non-functional. Court also noted that currently, there are 8 airports in Bihar, of which 3 airports (Gaya, Patna, and Darbhanga) are operational and the rest are closed.

In the last hearing, the Director of Jaiprakash Narayan Airport appeared in the court and presented details regarding the status of Patna and other airports in the state.

The court asked advocate Sumit Kumar Singh, appearing for the petitioner, to tell how many airports are there in the neighboring states of Bihar like Jharkhand, Bengal, Uttar Pradesh and Odisha.

In the last hearing, the court had asked the Advocate General of the state place on record the decision concerning the deposit of Rs.268 Crore for early expansion of the Airport at Gaya.

The Court observed that indeed, these petitions are not adversarial in nature; hence action and approach in the affirmative, adopted by the functionaries of the State, both Central and the State, would positively have far-reaching consequences on the lives of the people of Bihar. It would also result in the overall development and economic growth of Bihar.

"Time and again, we have emphasized the need, requirement, significance and importance of creating infrastructure within the State of Bihar, for various reasons, among other things, checking the migration of people from the State of Bihar. Should the Airports in Bihar be allowed to remain in-operational and closed?; should their capacity be not enhanced?; does not the State require more airfields for easy and convenient access for its residents to the different parts of the State?; would not it create avenues for tourism growth, both domestic and international? These are issues which would arise for consideration."

The Court further observed that the issues highlighted are of prime importance and absolutely in the public interest. Hence, an endeavour, by adopting a proactive approach, is required to be made by all functionaries of the State, and all this is necessarily to be done at the highest level.