Payal Tadvi and Her Family Raised Several Complaints Before the Suicide, None Took it Seriously: Bombay HC [Read Order] 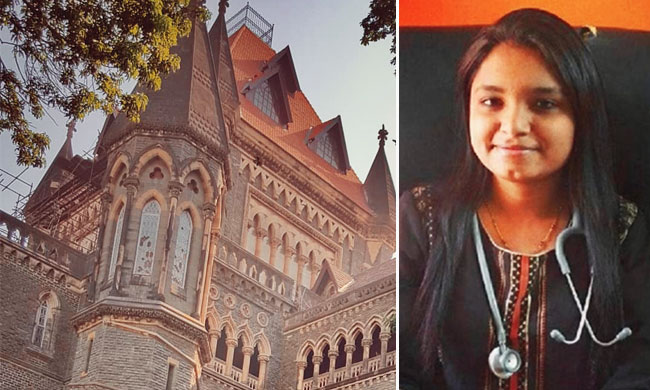 The Bombay High Court on Tuesday had some sharp words for the prosecution in the Payal Tadvi suicide case while the appeal filed by three doctors accused of abetting her suicide were being heard.

Justice SS Jadhav noted that prosecution should have recorded statements of Dr.Tadvi's colleagues under Section 164 of CrPC. She directed the Chief Metropolitan Magistrate, Mumbai to take expeditious steps to see that the statements are recorded by the concerned Magistrate at the earliest.

Special Public Prosecutor Raja Thakare, submitted that the investigating agency would take all steps to record the statements of the doctors at BYL Nair Hospital at the earliest.

Moreover, Court referred to the complaint filed by Dr.Tadvi's mother against the three accused doctors before Dr.Yi Ching Ling, Head of Obstetrics and Gynaecology department at the BYL Nair Hospital. Justice Jadhav said-

"Dr.Ling had clearly shirked responsibility by refusing to take cognisance of a complaint of harassment made by Tadvi's mother, and therefore, she must be added to the list of the accused persons in the case."

SPP Thakare submitted that the investigating officer was prima facie of the opinion that the responsible doctors would be liable for offence under section 7 of the Maharashtra Prohibition of Ragging Act, 1999 regarding the conduct of Dr. Ching Ling not considering the complaint made by Mrs. Abeda Tadavi and Dr. Salman Tadavi as well as colleagues of Payal Tadvi.

Appearing on behalf of the accused, Abad Ponda argued that the accused doctors deserved to be granted bail as they have been in custody for the last 70 days and they have not been accused in a case of murder or homicide. He said the accused were 'deeply sorry' that Tadvi committed suicide but they had no such intention.

"The deceased and her family raised several complaints before the suicide, the mental injury was seen and it could have been stopped, yet, no one took serious note of it. Therefore, you can't say, that this is not a case of murder or homicide as mental injury was inflicted upon her"

When Ponda said that their licenses have already been suspended, Justice Jadhav replied –

"Their licenses should be terminated, at least till the end of the trial! Everyone said this is common in medical colleges. What kind of attitude is this where doctors are like that? This profession is no more noble"

As per previous directions, the proceedings in this case were video recorded and towards the end SPP Thakare sought directions from the bench to make proceedings in the case in-camera so that the media could not report on it. Court said an order will be passed in this regard later but Justice Jadhav reminded the prosecution how a similar media gag order in the Sohrabuddin case was quashed by the High Court.

The next date of hearing is August 9.