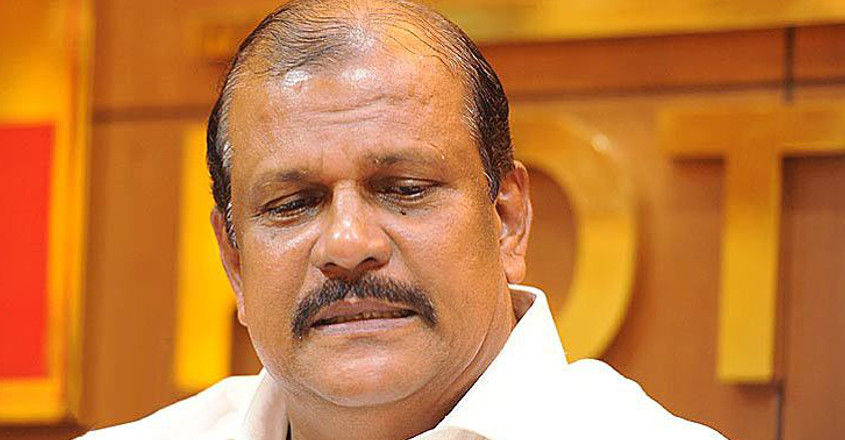 Senior politician P.C George has moved the Kerala High Court challenging the order passed by the Thiruvananthapuram First Class Judicial cancelling his bail granted in the first hate speech case. The matter has been listed as item 1 before Justice Ziyad Rahman tomorrow.

The case pertains to a speech delivered at a programme organised as part of the Ananthapuri Hindu Maha Sammelan, where he alleged that tea adulterated with drugs was sold to non-Muslims in Muslim-run restaurants to turn people infertile in a bid to seize control of the country. The former MLA had also urged the audience to boycott institutions and restaurants run by Muslims.

Following the cancellation of bail, the police arrested him on the very same day. He is currently in judicial custody.

The plea filed through Advocate Sasthamangalam S. Ajithkumar alleges that there was no ground for the Magistrate to cancel the bail because there was no violation of the bail condition.

George alleged that the Magistrate ought to have kept in mind that the grant of bail and cancellation of bail stand on distinct and separate grounds and unless there is a special and extraordinary compelling circumstance, the Court below ought not to have cancelled the bail.

He argued that in the subsequent speech which is the basis for the cancellation of his bail, there was no controversial statement intended to incite religious sentiments. He added that in that speech, he was merely pointing out instances of discrimination by the state in treating persons belonging to different religions.

According to him, he has only made a speech in accordance with his freedom of expression guaranteed under Article 19 of the Constitution. Therefore, it has been argued that he did not violate any bail conditions and that he did not make any controversial speech as alleged by the prosecution.

Therefore, it is the submission of the petitioner that the Magistrate ought to have waited for the decision of the High Court before proceeding to cancel the bail. On this ground, it has bee argued that the jurisdiction exercised by the Magistrate is totally unsustainable.

The politician had also moved a plea for regular bail with identical contentions in this case today.

The Thiruvananthapuram First Class Judicial Magistrate Court had revoked the bail accepting the prosecution's submission that George violated his bail condition, one of them being to refrain from making any hate speeches while he was on bail. The Court has also held that the jurisdictional police was free to arrest him.

This is in light of the fact that he had delivered a subsequent speech at a temple that allegedly sparked communal hatred against Muslims within a week of being released on bail. He secured interim anticipatory bail from the High Court in this case.

The Police had registered a case against George on April 30 alleging that his speech promoted religious hatred. He was booked under Sections 153A of IPC (Promoting enmity between different groups on grounds of religion) and 295 A (deliberate malicious act intended to outrage religious feelings of any class by insulting its religion or religious beliefs).

Thereby, PC George was taken into custody from his residence at Erattupetta on May 1 by early morning and produced at the residence of the Judicial First Class Magistrate and the Magistrate released him on bail subject to strict conditions. However, this was revoked yesterday.