People Who Lose Faith In Judiciary Are Required To Be Condemned & Curbed With Strong Hands: HP High Court 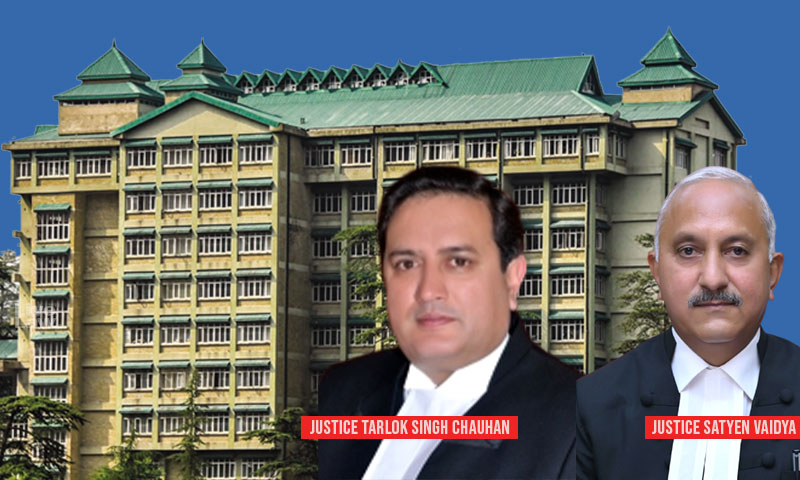 "The people, who lose faith in the judiciary, are required to be condemned and curbed with strong hands by one and all, who are interested in the orderly society and have faith in democracy, observed the Himachal Pradesh High Court while refusing to quash a non-consensual transfer order.

The Court made these observations in the context of the case of a petitioner, who had met with a political leader seeking a posting.

Observing that this conduct of the petitioner clearly goes to indicate that the petitioner has no faith in the judicial system, the Court declined him relief noting that he had resorted to "extra-constitutional means" for quashing of his transfer order.

"Faith in the judiciary are the facets of the judicial administration to which they contributed substantially. It is essential to maintain the faith of the common masses in the judiciary, failing which it would lose its respect and esteem. Law is meant to meet the ends of justice."

The Court was dealing with a case wherein the Employees' Unions/Associations made recommendations and got effected a non-consensual transfer of an employee of the Himachal Roads Transport Corporation (HRTC) despite repeated orders of this Court against this practice.

Essentially, the services of the petitioner-Deepak Raj Sharma, who was posted as non-consensual in August 2020, were withdrawn on the very next day. Therefore, the petitioner filed the instant petition seeking direction to the respondents to allow the petitioner to continue discharging duties of In-charge Driver Duty.

On the other hand, the respondents contested the petition by arguing that the act and conduct of the petitioner was not good with his colleagues, and complaints were received against him from the Unions, specifically by the Bhartiya Mazdoor Sangh (BMS) and therefore, his services as in-charge drivers duty was withdrawn.

The Court, at the outset, observed that it was appalled by the gross indiscipline existing in the respondent-Corporation where members of different Employees' Associations or Unions are acting as an extra-constitutional authority and not only making but actually getting effected their recommendations for non-consensual transfers, especially, of their opponents.

Further, referring to the conduct of the petitioner, the Court noted that he himself was involved with the various unions including the Drivers & Conductors Union as a shield to subserve his own purpose.

The Court also noted that in August 2019, he even met with the President, Bhartiya Janta Party, Mandi, and requested that he may be posted on the Drivers Duty, which, the court noted, clearly goes to indicate that the petitioner has no faith in the judicial system.

In such circumstances, calling the conduct of the petitioner, deplorable, the Court observed that having resorted to extra-constitutional methods for quashing of the order of transfer, the Courts have no room for litigants like the petitioner, who has no faith in the Judiciary.

The Court also noted in an earlier order, it had called for curbing of such practice of non-consensual transfer of the employees of the Corporation being made on recommendations made by the Employees' Unions, and yet such practices continued unabated.

Importantly, the Court made it clear that henceforth the Corporation shall not entertain much less consider and decide or act on such recommendations made by any of the Employees' Unions for non-consensual transfer of the employees of the Corporation.

"In case, any of these Unions resorted to such misadventure, in addition to taking any other action including Contempt of the Courts, these Unions/Associations will be de-recognized and disqualified for all intent and purposes," the Court ruled.

Further, stressing that people's faith in the independence of the judiciary is of paramount consideration not only in the public interest but also in the interest of society, the Court remarked thus:

"to protect the faith of the people in the independence of the judiciary developed, established, accepted by a consistent tradition from time immemorial, is the avowed duty of every one of us, especially of Lawyers, Judges, Legislators and the Executives."

With this, the Writ plea stood disposed of in the aforesaid terms.