Period Of Limitation Begins To Run On The Date Of Payment Of Final Bill For Claims Rejected: Calcutta HC 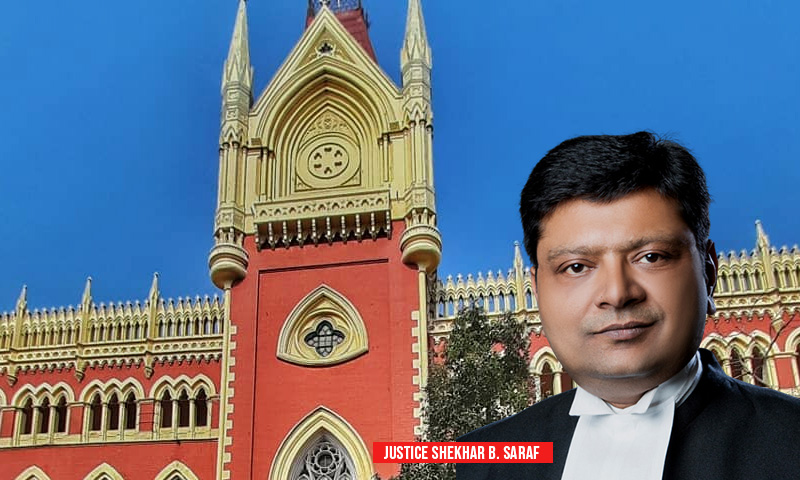 The Calcutta High Court has held that the period of limitation would begin to run from the date of final payment for the claims that are rejected under it.

The Court held that once a claim that was existing at the time of preparation of the final bill is rejected in the final payment, the limitation period commences which cannot be stopped by issuing unilateral letters by a party.

The bench of Justice Shekhar B. Saraf held that at the stage of appointment of arbitrator the Courts do not perform a meagre cosmetic exercise and simply refer every dispute to arbitration but are expected to apply judicial minds to determine the aspects of arbitrability of the dispute.

It further observed that had the exercise been to merely examine the existence of an arbitration agreement, this could have been delegated to an AI-empowered computer system.

The Court further held that Section 11(6A) does not prevent the Courts to examine the issue of limitation of substantive claims when the claims are ex-facie barred by limitation and the case is of a clear deadwood.

The Court further held that period of limitation once expired would not stand extended by the conduct of the parties.

The parties entered into a contract in the year 2008-09 wherein the petitioner was to carry out certain construction and basic utility works for the respondent. Initially the agreement was required to be completed by August 2009, however, on account of certain delays and increase in the scope of deadline was extended time and again till 31.08.2014, the date on which the work was completed.

The respondent furnished the final bill on 11.03.2016 and the petitioner accepted it as full and final settlement of all its claims vide a letter dated 15.03.2016. By another letter dated 17.03.2016, the petitioner reiterated its acceptance of the final amount but this time a request for price escalation was made.

Thereafter, by a letter dated 16.05.2016, the petitioner contended that its claim for price escalation has not been settled yet and sought permission for arbitration. It sent a reminded letter dated 25.08.2017 to which respondent replied vide its letter dated 12.09.2017 and denied any liability to pay escalation claims on the ground that the payment made on 15.03.2016 was excepted as full and final settlement of its claim, thus, no claim survives.

In response to the letter dated 12.09.2017, the petitioner sent another letter whereby it, for the first time, contended sending approval for final bill as full and final settlement under coercion. Thereafter, certain other letters were exchanged between the parties. The formal notice of arbitration was issued on 08.03.2021 Finally, the petitioner approached the Court for the appointment of arbitrator on the ground that appointment procedure under the agreement provides for unilateral appointment of the sole arbitrator.

The petitioner sought the appointment on the following grounds:

Power of Court to determine issue of arbitrability under Section 11

The Court held that while exercising powers under Section 11 of the Act, the Courts do not perform a meagre cosmetic exercise and simply refer every dispute to arbitration but are expected to apply judicial minds to determine the aspects of arbitrability of the dispute. It further observed that had the exercise been to merely examine the existence of an arbitration agreement, this could have been delegated to an AI-empowered computer system.

The Court relied on the judgements of the Supreme Court in Vidya Drolia , DLF Home v. Rajapura Homes, BSNL v. Nortel and Uttrakhand Purv Sainik to hold that scope of interference is limited, however, the Court can decline arbitration if on a prima facie examination the claims appear to barred by limitation and falls into the category of deadwood claims.

When did the period of Limitation begin?

Next, the Court considered the issue as to when did the limitation period begin in the case. The Court held that period of limitation began when the petitioner accepted the final bill as full and final settlement of its claim and issued a no-objection certificate in respondent’s favour. The Court held that subsequent letters were mere requests to consider the escalation cost. Moreover, the petitioner has failed to show that the no-claim certificate was issued under coercion in light of the fact that the petitioner had reiterated its acceptance of the final bill in two subsequent letters.

The Court held that rejection of a claim that was existing at the time of final bill in the final payment would give rise to the cause of action and the limitation period would begin on that date only. The Court held that once the period of limitation begins to run mere exchange of letters cannot stop it.

Whether the period of limitation can be extended by consent of parties?

The Court relied on the judgement of Delhi High Court in Extramarks Education v. Shri Ram School to hold that once the period of limitation is expired that cannot be extended merely because the other party had agreed to refer the disputes to arbitration.

The Court further observed that in the letter itself respondent had asserted that the claims are barred by limitation, therefore, the letter cannot be treated as acceptance of claims resulting in the extension of period of limitation.