A Person Seeking Regular Bail Has To Be In Court's Custody Which Isn't Necessarily Required To Be Physical Custody: Allahabad HC 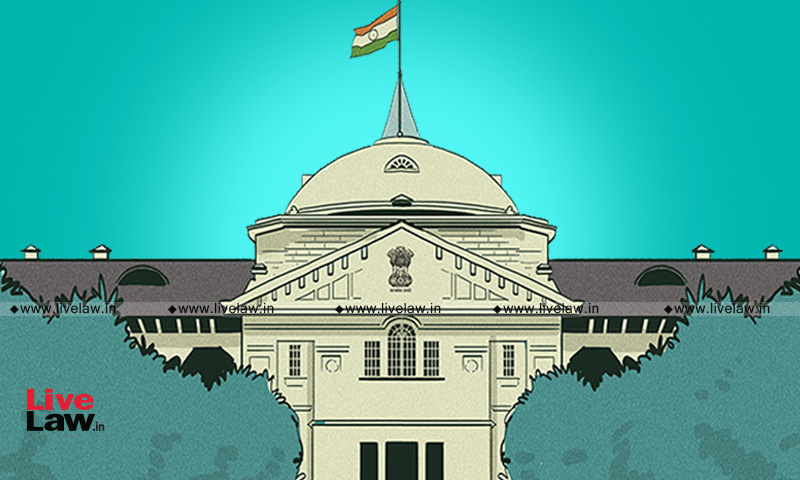 The Allahabad High Court recently held that it is not mandatory for an accused to be in physical custody at the time of filing the bail application. The Court clarified that if the accused is out of physical custody but his liberty is subject to the conditions imposed by the Court i.e. the accused is in constructive custody, he can apply for regular bail.

The bench of Justice Saurabh Vidyarthi observed thus while granting regular bail to one Jitendra who is facing charges under sections 420 and 120B of IPC. The Court noted that he had not been named in the FIR and rather, his name surfaced during the course of the investigation.

As per the facts of the case, CMS Infosystems Pvt. Ltd. is a company that provides services for loading and unloading cash in ATMs and the withdrawal and deposit of cash. The company lodged an FIR against three of its employees alleging that they were involved in embezzling about 26 lakh 63 thousand five hundred rupees by withdrawing money from the BNA machine.

Though the petitioner was not named in the FIR, however, during the investigation, it was found that a part of the withdrawn amount was deposited in his bank account and thus, he was implicated in the case. He was arrested on June 21, 2021, and he was released on short-term bail on June 25, 2021, and presently the applicant is not in custody. He applied for regular bail before the High Court.

At the outset, the counsel for the informant company raised a preliminary objection that presently, the applicant is not in custody and a person's bail application can only be considered when he is in custody. Therefore, he argued that the instant application seeking the release of the applicant on bail is not maintainable.

On the other hand, the Senior counsel Anoop Trivedi appearing for the applicant submitted that the Civil Judge (Senior Division), F.T.C., Gautam Budh Nagar had granted him interim bail on June 25, 2021, in view of the order passed by the Supreme Court in Writ Petition No. 01 of 2020 – In re: Contagion of Covid – 19 in Prisons, subject to certain restraints.

It was further argued by Senior Advocate Trivedi that since the order passed by the Supreme Court is still in operation as the same has not been vacated, therefore, the applicant did not surrender to date before the Court.

It was lastly contended that the applicant was in physical custody and although he has been released on interim bail, he is subject to the direction issued by the Court and, therefore he is in constructive custody of the Court, and thus, he could be granted regular bail.

The Court, at the outset, observed that for claiming release on bail, a person has to be in the custody of the Court which is not necessarily required to be physical custody, and since, in the instant matter, the applicant had been arrested on June 21, 2021 and he had been released on interim bail on June 25, 2021 subject to the condition imposed by the Court, he remained subject to the directions issued by the Court and thus, he shall be deemed to be in constructive custody of the Court.

Therefore, the Court did not find force in the preliminary objection raised by the counsel for the informant, and the same was rejected.

Further, the Court noted that the sole allegation against the applicant is that a certain amount has been deposited in his bank account, and therefore, the Court opined that a mere deposit of an amount in the applicant's account, without any act of commission having been alleged to have been committed by him, does not prima facie make out the commission of the offence alleged by the applicant.

Having regard to this, noting that the applicant is not an employee of the bank or the cash handling service provider company and he has no access to the BNA machine and that the name of the applicant surfaced during the course of the investigation when the informant alleged that certain money has been deposited in his bank account, the Court granted him bail on furnishing a personal bond and two sureties each in the like amount to the satisfaction of the court concerned.

Counsel for Opposite Party :- G.A.,Vikrant Rana