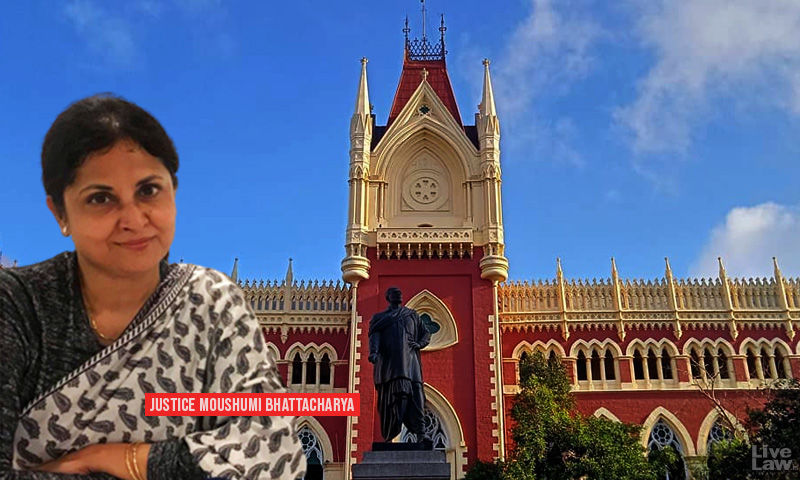 The Calcutta High Court on Monday quashed a resolution passed by the Governing Body of a College refusing to consider a person with physical impairment for appointment in the physically handicapped category, finding it to be in violation of the Right of Persons with Disabilities Act, 2016.

Justice Moushumi Bhattacharya observed that the 2016 Act which replaced the Persons with Disabilities (Equal Opportunities, Protection of Rights and Full Participation) Act, 1995 was enacted to empower persons with disability rather than protect them.

The Single Judge also made significant observations on the nature of the 1995 Act and the 2016 Act, adding that in the 2016 Act, the canvas was more about effective integration of persons with disability and less about recognition of a physical condition as a limiting factor.

"The 2016 Act is a declaration of rights and opportunities to persons with disability. While the idea of freedom from the physical limitations germinated in the 1995 Act, in 2016 the focus shifts from protection of persons with disability to empowerment; recognition of limitations to removing barriers; the right to participation to affirmative action. In essence, the statute facilitates the movement of the community from the margins to the mainstream of opportunities."

The petitioner was a physically impaired person with an 80% disability as a result of the amputation of his upper limbs following an accident. He served as the Assistant Professor at Kandi Raj College for seven years and thereafter sought an appointment in a college nearer to his residence finding it difficult to travel 480 km on a daily basis.

He was soon recommended by the West Bengal College Service Commission for an appointment at the Acharya Girish Chandra Bose College in the physically handicapped category. However, the Governing Body of the College passed a resolution asking the Commission to reconsider its recommendation of the petitioner as a candidate.

Aggrieved by this, the petitioner filed a petition before the High Court which was dismissed by a Single Judge in 2020 for want of requisite pleading. However, liberty was granted to the petitioner to challenge the decision of the Governing Body. Accordingly, he moved another petition.

Senior Advocate Subir Sanyal appearing for the petitioner submitted that the petitioner comes within the definitions of the Act as a person having a permanent locomotor disability of 80%. He added that the impugned decision of the Governing Body culminated in the College refusing to issue the letter of appointment to the petitioner and that it was thereby arbitrary, discriminatory and in violation of the 2016 Act.

Senior Advocate Partha Sarathi Bhattacharyya appearing for the college submitted that a mere recommendation for appointment to a post does not confer any right on the petitioner to be appointed to such post. It was also argued that since the advertisement for the post was published by the College Service Commission in 2015, the facts would be governed by the 1995 Act and not the 2016 Act.

Moreover, the Single Judge found that the objects of the 2016 Act make it evident that it is a piece of beneficial legislation for preserving the rights of persons with disabilities and empowering them with equal opportunities.

"If this be the case, attempting to slot the petitioner into one legislation to the exclusion of the other would be an unnaturally restrictive vision of the bridge between the two Acts and their commitment to inclusivity," the Court observed.

Either way, it was found that in a legislation intended to benefit persons with disability, a definition of disability cannot be frozen with the repealing of the 1995 Act particularly when the whole object of the 2016 Act was to include broad-spectrum disabilities which were not within the recognition of the framers of the earlier statute and to empower persons with disabilities to effectively integrate with society.

In any event, the cause-effect factor cannot be discounted to limit spectrum disabilities just because the petitioner did not have 80% disability from birth, the Court held. Therefore, it was found that the petitioner was a person with disability as defined under the Acts.

The Court then observed that the objective of the 2016 Act was full participation of persons with disabilities and empowering them to realize their full potential. At this juncture, the Judge found it essential to analyse the definition of 'barrier' as given under Section 2(c) - any factor including communicational, cultural, economic and environmental impeding the full participation of persons with disability in society.

Thus, it was clear that the goal of the 2016 Act was to remove barriers in all forms which would frustrate the object of the Act.

Viewed from this angle, it was clear that the decision of the Governing Body, in essence, revealed a set of prejudices which squarely fit into the definition of a "barrier". The Court added that this was also a reflection of a mindset barrier and that it falls foul of the statutory mandate on all counts.

"The impugned decision is opaque, reflects an intransigent mindset and a systemic obstacle to the personal and intellectual growth of persons with disability. The decision is regressive and chains the freedoms and opportunities of the community."

Therefore, it was held that the Governing Body had a duty to consider the import of the provisions of the 1995 Act and the 2016 Act which imposed a duty on the Body to act in terms of the mandate of the law which it failed to do.

It was found that the impugned decision also gave rise to serious civil consequences on the petitioner's rights in specific and persons with disabilities in general. Therefore, the Court found the impugned decision to be denounce-worthy as per the 1995 and 2016 Acts and being in direct contradiction with the objectives sought to be achieved by the statutes.

While the Court may not appropriate unto itself the power of recommending the petitioner for appointment, the Court deems it fit to direct the Governing Body to arrive at a fresh consideration of the facts before it and revisit the issue with due regard to the statutory mandate.

Therefore, the resolution taken by the Governing Body was quashed and it was directed to come up with a fresh decision within 8 weeks.

As such, the appeal was partially allowed.