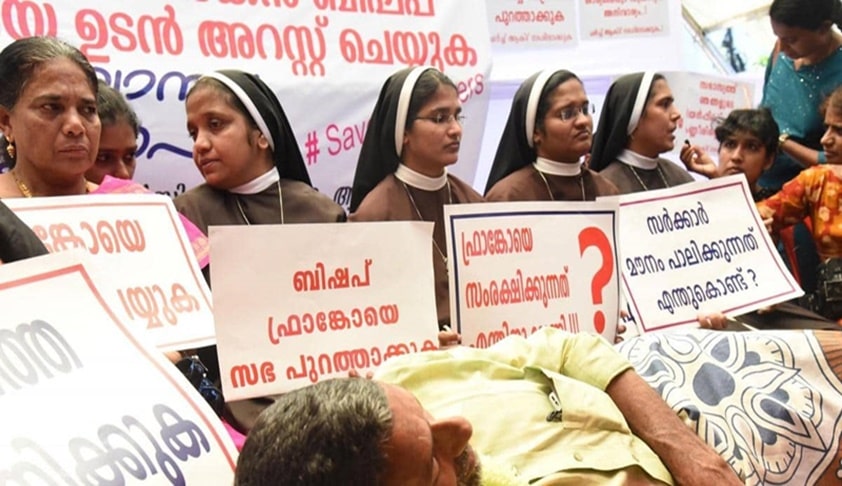 A PIL was filed in the Delhi High Court on Monday claiming that a nun's complaint of alleged sexual abuse by a Catholic priest was ignored by the Church here and sought a thorough investigation by the CBI or a SIT into all such allegations of sexual abuse involving clergy.

The plea is listed for hearing on Tuesday before a bench of Chief Justice Rajendra Menon and Justice V K Rao.

The petition has sought direction to the Centre and the Delhi government for a thorough probe by a special investigation team or Central Bureau of Investigation (CBI) under the supervision of the high court into alleged sexual abuse of children and nuns involving the clergy .

Petitioner Sanjjiiv Kkumaar also sought direction to the Delhi Police Commissioner to set up a 'clergy abuse Hotline' so that such sexually abused victims and survivors "may come forward to seek justice by registering their grievance and any person may give leads/tips to the law enforcement agency."

He claimed there was an allegation of sexual abuse in a catholic Delhi retreat centre which required to be investigated and the victim nun has written an anonymous letter to church authorities which chose not to act "against the perpetrator".

The plea alleged that the inaction of church authorities is against the principle of natural justice and the victims have found it impossible to get their allegations taken seriously by the Catholic churches.

The plea referred to the case of Bishop Franco Mulakkal, who is an accused in Kerala nun rape case and presently out on bail, and said he was appointed as auxiliary bishop of the Roman Catholic Archdiocese of Delhi in January 2009.

It claimed the that there was a "possibility" that the bishop, who allegedly raped the Kerala nun 13 times between 2014 and 16 during his visits to a convent in Kottayam district in Kerala, would have done the same with many children and women during his period at Auxiliary Bishop in Delhi.