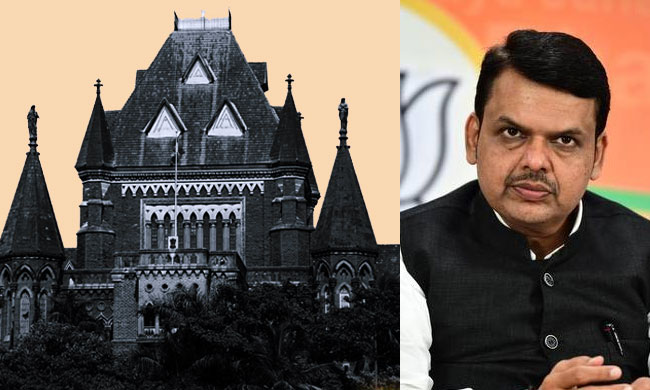 The Bombay High Court has issued notice to the State of Maharashtra, the Chief Minister, Governor and the Speaker of Legislative Assembly while hearing a petition seeking quashing of appointment of Balasaheb Vikhe Patil, Jayadatta Kshirsagar and Avinash Mahatekar as ministers.A division bench of Justice SC Dharmadhikari and Justice GS Patel also issued notice to three newly inducted ministers...

The Bombay High Court has issued notice to the State of Maharashtra, the Chief Minister, Governor and the Speaker of Legislative Assembly while hearing a petition seeking quashing of appointment of Balasaheb Vikhe Patil, Jayadatta Kshirsagar and Avinash Mahatekar as ministers.

A division bench of Justice SC Dharmadhikari and Justice GS Patel also issued notice to three newly inducted ministers in the Council of Misters of the State government. The writ petition was filed by Surinder Arora, Sanjay Kale and Sandeep Kulkarni. While Arora is the President of Bharat Jan Adhar Party, the other two are social activists.

According to the petitioners, Vikhe Patil was elected as a MLA in Shirdi constituency in Maharashtra State Assembly election, 2014 from Indian National Congress (INC) party and was a leader of opposition whereas the Jaydatta Kshirsagar was elected as an MLA in Beed constituency in Maharashtra State Legislative Assembly Election, 2014 from National Congress Party (NCP). Both were MLAs till they resigned and joined the BJP and Shiv Sena respectively. Whereas, Avinash Mahatekar from Republican Party of India (RPI) contested the last assembly elections from Kurla constituency but lost.

Petitioners contended that while Patil and Kshirsagar stand disqualified on the ground of defection under Para 2 of the Tenth Schedule of the Constitution, Mahatekar lost the assembly elections and hence was not a member. The three were appointed ministers on June 16, 2019 despite the fact they were not members of the assembly, petitioners argued.

Appointments violative of the Constitution

As per Art. 191 (2) a person shall be disqualified for being a member of the Legislative Assembly or Legislative Council of a State if he is so disqualified under the Tenth Schedule of the Constitution of India.

Although, disqualification of the two MLAs (Vikhe Patil and Khsirsagar) was subject to the Speaker's decision. The petition states-

'The petitioners have reasonable apprehension that the Hon'ble Speaker since belong to BJP which is party in power, the representation preferred by him would only meet the dust of the table, and no decision on it would be taken much the less expeditiously. It is, therefore, necessary for this Hon'ble Court to issue direction to the Hon'ble Speaker to decide the application within 2 weeks pending decision of this writ petition. Every days' delay is a blotch on the Indian Constitution and a question mark on the force of democracy in this nation, thus the matter requires to be dealt with a stern hand. It is only stern and quick action on such indiscretions and illegalities that would save democracy from its fatal doom to unscrupulous politicians and this Hon'ble Court shall rise to the occasion."

Moreover, petitioners pointed out that there is no chance that the respondent ministers would be elected any time before the dissolution of the current state Legislative Assembly on November 9, 2019 i.e. because it is not possible even for the Election Commission of India to fill in those vacancies before November 9, petitioners argued.

Under Section 151 A of the Representation of People's Act, 1951, bye-election is not necessary if the remaining duration of current legislative assembly is less than six months.

Also, petitioners refer to the judgement of Supreme Court in SR Chaudhuri vs. State of Punjab and others, and state that a reading of the judgment makes it clear that the appointment of a non-legislator has to be an exception, essentially required to be used to meet a very extraordinary situation and must be strictly construed and sparingly used.

Talekar and Associates are representing the petitioners in this case.