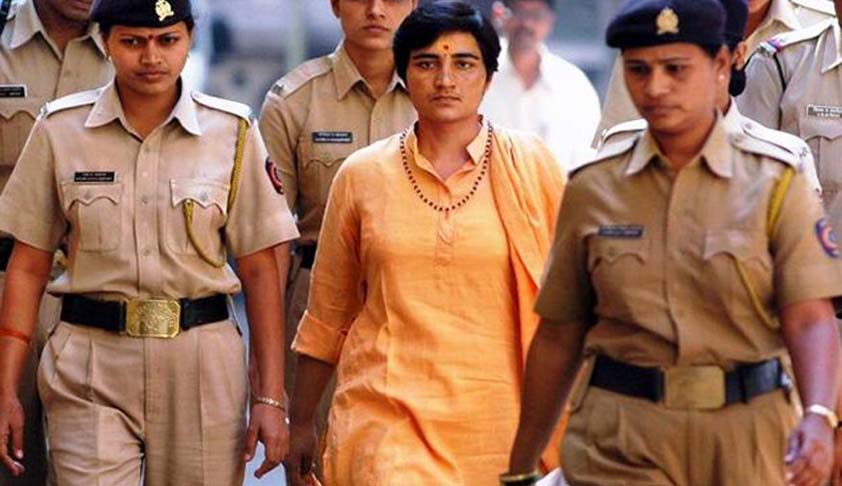 Nineteen petitions have been filed in the Madhya Pradesh High Court raising doubts over the functioning of EVMs and challenging the victory of some BJP leaders, including Pragya Singh Thakur, in the general election.

Of these, 17 petitions were filed mainly by Congress candidates who lost the election, while two were moved by state-based voters.

Rakesh Dixit, a Bhopal-based journalist, filed the election petition in his capacity as a voter, challenging the election of Pragya Thakur while alleging that she whipped up communal passions and indulged in corrupt practice to win the polls, his counsel Arvind Srivastava told PTI.

During the Lok Sabha poll campaign, Thakur delivered speeches on religious lines and thus, violated section 123 of the Representation of the People Act, he claimed.

"Our client has stated that batteries of 99 per cent EVMs remained charged when they were opened for counting of votes on May 23," Chauhan's counsels Sanjay Agrawal and Anuj Agrawal said.

It appears only 1 per cent of the battery of EVMs was discharged in the process of polling of votes, which seems unbelievable, they said.

Sanjay Agrawal said the Congress' agent, Gulab Singh, earlier complained to the Election Commission about this but no action was taken.

Besides, 17 unsuccessful candidates also moved the high court with their respective pleas.

Among them, Congress leader and former Union minister Kantilal Bhuria, who lost from Ratlam, filed a petition against BJP MP Guman Singh Damor, alleging the latter indulged in corrupt practices to win.

The other unsuccessful candidates in their petitions complained about the malfunctioning of EVMs, he added.

The BJP swept the Lok Sabha polls by winning 28 out of the total 29 seats in Madhya Pradesh.