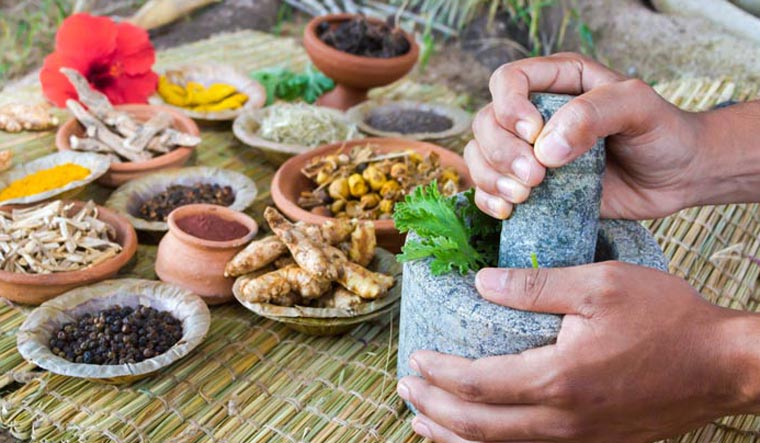 In a big relief to students admitted to the Post Graduate Ayurveda course in the academic year 2017-18, the Karnataka High Court has directed the authorities to permit them to continue and complete their respective Post Graduate courses. A division bench of Justices Aravind Kumar and NS Sanjay Gowda, while allowing the petitions filed by Dr. Sontakke Kanchan Ramrao and others,...

In a big relief to students admitted to the Post Graduate Ayurveda course in the academic year 2017-18, the Karnataka High Court has directed the authorities to permit them to continue and complete their respective Post Graduate courses.

A division bench of Justices Aravind Kumar and NS Sanjay Gowda, while allowing the petitions filed by Dr. Sontakke Kanchan Ramrao and others, directed the Respondents to "announce the results of the examinations taken by the petitioners pursuant to the interim orders granted by this Court in these writ petitions."

The admission of the Petitioners into the Post Graduate courses were found faulty by the respondent-authorities on the ground that they had obtained admission without appearing for the entrance examinations namely All India AYUSH - Post Graduate Entrance Test (AIAPGET-2017).

The petitioners contended that they were granted admission based on 20% weightage granted to the marks secured by them in their Under Graduate examination by virtue of Regulation 8(5) of the Indian Medicine Central Council (Post Graduate Ayurveda Education) Regulation, 2016 (for short, '2016 Regulation') and the subsequent communication of the Ministry of AYUSH which waived the requirement of appearing for entrance test and their admissions could not therefore be found fault with.

Further, it was contended that the Apex Court in the case of Union Of India v. Federation of Self Financed Ayurvedic Colleges Punjab & Ors. in Civil Appeal No.603/2020, had extended the benefit of continuing their courses as a one-time exercise to all the students who had admitted to Post Graduate courses before 31.10.2019. Therefore, the petitioners, having been admitted prior to 31.10.2019, would also be entitled to continue and complete their course.

Further, similar relief had been granted to a set of students, who had also been admitted without taking up the entrance test, by a Coordinate Bench of the High Court in WP No. 105310/2018 and WP Nos. 106948-950/2018 which had applied the decision of the Apex Court and therefore, on parity, petitioners would also be entitled to the same relief.

The Respondent opposed the plea saying that the benefit granted by the Apex Court cannot be extended to the petitioners since that order was limited only to those students who had been admitted pursuant to the interim orders granted in the writ petitions. In the instant case, petitioners had got themselves admitted without the intervention of the Court by grant of interim orders and the petitioners had chosen to take a chance by getting admissions on their own.

Further, it was submitted that as the petitioners had taken a risk by getting admitted to the Course despite being aware that they would be eligible for admission only if they had appeared in an entrance test, they would not be entitled to the relief extended by the Apex Court which was confined only to those students who had got admissions pursuant to interim orders granted by Courts.

The court went through the judgement passed by the Apex Court in Federation Of Self Financed Ayurvedic Colleges Punjab case, in which it was held that it was necessary for the students to take up the entrance test, but it had permitted the petitioners in that particular case to continue their studies.

It noted "Apex Court while stating that a large number of students who had been admitted pursuant to interim orders were entitled to continue their studies, made the following distinct statement, immediately thereafter: "The said direction is also applicable to students admitted to Post Graduate courses before 31st October, 2019."

The court observed "This statement categorically indicates that the Apex Court was not only considering the cases of students, who had been admitted pursuant to interim orders, but was also taking into consideration all the students who had been admitted prior to 31st October, 2019 and the Apex Court as primarily safeguarding the interests of all the students who had got an admission without taking an entrance test before 31st October, 2019."

Accordingly the court held "In view of this specific declaration by the Apex Court that the benefit was available to all the students admitted to Post Graduate courses before 31.10.2019, the arguments of learned counsel appearing for respondent No.2 that the benefit could be granted only to those students who had been admitted pursuant to an interim order granted by the Court cannot be accepted."

The court concluded by saying "All the petitioners herein have admittedly been admitted prior to 31.10.2019 and they would thus be entitled to the relief of continuing and completing their courses. Since a Coordinate Bench of this Court in W.P.No.105310/2018 and W.P.Nos.106948- 950/2018 has already held that the decision of the Apex Court rendered in the aforementioned case, applies to students who had been admitted prior to 31st October 2019 and had also extended the said benefit to other students, it would be improper to deny the very same relief to the petitioners, who stand on the same footing as those students in W.P.No.105310/2018 and W.P.Nos.106948-950/2018."