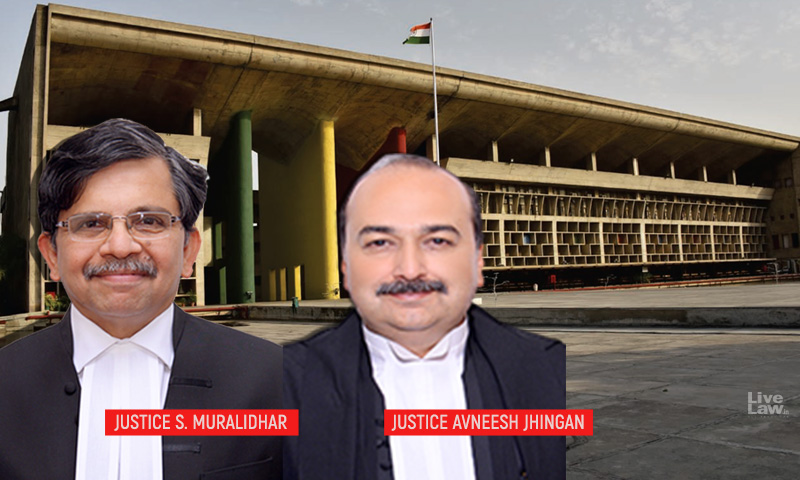 The Punjab and Haryana High Court has repelled the challenge against the constitutionality of the condition for pre-deposit prescribed under Section 43(5) of the Real Estate Regulation and Development Act, 2016 for filing of an appeal by a promoter before the Appellate Authority against any direction of the adjudicating officer.The proviso to Section 43(5) prescribes that "where a promoter...

The Punjab and Haryana High Court has repelled the challenge against the constitutionality of the condition for pre-deposit prescribed under Section 43(5) of the Real Estate Regulation and Development Act, 2016 for filing of an appeal by a promoter before the Appellate Authority against any direction of the adjudicating officer.

A division bench of Justice Dr. S Muralidhar and Justice Avneesh Jhingan applied the settled principle that the right to appeal was not a vested right and was a creature of the statute and that conditions can be imposed for filing appeal.

The bench also rejected the argument that imposing the condition only on "promoters" was discriminatory. In this regard, the bench noted that the decision of a coordinate bench in M/s. Lotus Realtech Pvt. Ltd. v. State of Haryana had held that the treatment of promoters as a class different from other appellants satisfied the test of reasonableness laid down by several judgments of the Supreme Court explaining Article 14 of the Constitution of India.

The bench came to the same conclusion that the condition of pre-deposit was not illegal or onerous so as to make the appeal illusory.

The Court also refused to interfere with the orders passed by the Appellate Tribunal refusing the applications seeking waiver of the condition or seeking additional time for making such deposit.

"..the Appellate Tribunal is not obliged to proceed to 'entertain' or hear an appeal that has been filed before it, if the promoter, who has filed such appeal, fails to comply with the direction for making the pre-deposit in terms of the proviso to Section 43 (5) of the Act", the bench stated.

Pre-deposit to be made into fixed deposit

The Court ordered that the Appellate Tribunal would order the placing of the pre-deposit amount in a fixed deposit pending the final decision in the appeal. If it were to order release of the whole or part of the amount to the allottee, that would have to be upon the furnishing of adequate security. This would be necessary as in the event of the appellant succeeding, the amount pre-deposited would be required to be refunded(Para 23).

The Court also rejected the challenge laid to the validity of Rules 28 and 29 of the Haryana Rules, 2017 as well as the amendments made thereto and to forms CRA and CAO by the Haryana Amendment Rules, 2019 notified on 12th September, 2019.

The conclusions were summarized as :

(i) The challenge to the constitutional validity of the proviso to Section 43 (5) of the Act is rejected.

(iii) In the facts and circumstances of the individual cases, no grounds have been made out to persuade this Court to exercise its writ jurisdiction under Article 226 of the Constitution to grant any relief in respect of waiver of pre-deposit. In none of the cases is the Court satisfied that a case of 'genuine hardship' has been made out.

(iv) On the interpretation of the provisions of the Act, the conclusions in this judgment on the scope of jurisdiction of the Authority and the AO respectively, and given the prayers in the individual complaints from which these writ petitions arise, in none of the cases the Authority can be held to have exercised a jurisdiction that it lacked and its orders cannot be said to be without jurisdiction. No interference under Article 226 is warranted on that score.

(v) As regards the merits of the order of the Authority the remedy of an appeal before the Appellate Tribunal is in any event available. Even where according to the party aggrieved the Authority lacked jurisdiction to decide the complaint, it would be for the Appellate Tribunal to decide that issue in light of the legal position explained in this judgment on the respective adjudicatory powers of the Authority and the AO. In such instance too the pre-deposit would be mandatory.

(vi) A collective reading of provisions makes it apparent that when it comes to refund of the amount, and interest on the refund amount, or directing payment of interest for delayed delivery of possession, or penalty and interest thereon, it is the Authority which has the power to examine and determine the outcome of a complaint. When it comes to question of seeking the relief of compensation or interest by way of compensation, the AO alone has the power to determine it on a collective reading of Sections 71 and 72 of the Act.

(vii) Rules 28 and 29 of the Haryana Rules as amended seek to give effect to the harmonized construction of the provisions of the Act concerning the powers of the Authority and of the AO. They are not ultra vires the Act. The Court rejects the challenge to the validity of the amended Rules 28 and 29 of the Rules and the amendments to Forms CRA and CAO.

(viii) A complaint yet to be decided as on the date of the notification of the Haryana Amendment Rules 2019, will now be decided consistent with the procedure outlined under the amended Rules 28 and 29 of the Haryana Rules.

(ix) The challenge to Sections 13, 18 (1) and 19 (4) of the Act and Rules 8 and 15 of the Haryana Rules as regards their retroactive applicability to 'ongoing projects' is hereby rejected.