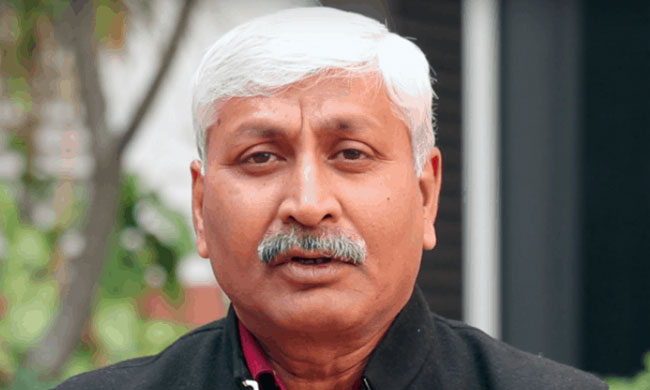 In a temporary relief to well known commentator and academic Professor Apoorvanand Jha of Delhi University, the Punjab and Haryana High Court has stayed proceedings in furtherance of a First Information Report(FIR) registered against him for allegedly offending religious sentiments and promoting communal disharmony by writing an article.The single bench of Justice Shekher Dhawan stayed...

In a temporary relief to well known commentator and academic Professor Apoorvanand Jha of Delhi University, the Punjab and Haryana High Court has stayed proceedings in furtherance of a First Information Report(FIR) registered against him for allegedly offending religious sentiments and promoting communal disharmony by writing an article.

The single bench of Justice Shekher Dhawan stayed the proceedings while issuing notice on the petition filed by Jha under Section 482 of Code of Criminal Procedure for quashing the FIR.

The FIR was registered for offences under Sections 153A and 295A of Indian Penal Code based on a complaint by a Yamunangar resident who alleged that Apoorvanand Jha's article titled 'Gujarat Loses Battle With Itself' published by 'The Tribune' offended religious sentiments and promoted communal disharmony.

In the article written in the backdrop of BJP winning assembly elections in Gujarat in December 2017, Jha had said that there was deep segregation between Hindus and Muslims in Gujarat and that Hindus were completely disconnected from Muslims and were ignorant of their ways. In this context, the author had  used line "You would come across Hindu youth who do not know what kind of an animal a Muslim is". According to the complainant, this was offensive to religious sentiments and capable of promoting disharmony. He said that his Muslim friends stopped talking to him and were maintaining distance from him as an effect of the publication of the article. The complaint field by him was forwarded by the Judicial Magistrate under Section 156(3) CrPC for registering FIR.

Harish Khare, former editor in chief of Tribune is also named as an accused. Both Jha and Harish Khare were granted anticipatory bail from the Additional Sessions Court, Yamunanagar where the judge had opined that : "From the joint reading of the whole text and without giving too much stress/emphasis on these isolated words, it does not transpire that there was any prima facie intention or mens rea to cause disorder or incite people to violence rather the Article deals with the functioning of a political party in a particular State i.e. Gujarat and has dealt with the political state of affairs in Gujarat."

Mr Anupam Gupta Senior Advocate assisted by Neha Sonawane and Arjun Sheoran, Advocates representing Jha in the High Court argued that the FIR was an abuse of the process of law as no offence was made out on the face of it. One sentence of the article was taken out of context by the complainant to make allegations against the author.The complainant misquoted and misinterpreted the entire meaning of the article, which showed that the FIR was filed with oblique motives.

"it is evident from a reading of the article in question that the petitioner had no such intention, whether deliberate,malicious or otherwise, of causing disorder or promoting enmity, hatred or ill-will or of outraging the feelings of any class. The instant article was only intended to be a piece of opinion analysing the circumstances behind the victory of a political party, BJP, in the Gujarat Elections", said the petition filed by Apoorvanand Jha.

It was argued that Prof Apoorvanand had always stood for secularism, rights of minorities and communal harmony and was being targeted for his fair comments . It was further argued that even the Judicial Magistrate who passed the order for registration of FIR did not apply his mind and passed the order mechanically.