COVID-19- Govts. Need To Be 'Over Sensitive' To Help Patients Irrespective Of Their Origin State: P&H High Court Bats For Common Oxygen Strategy 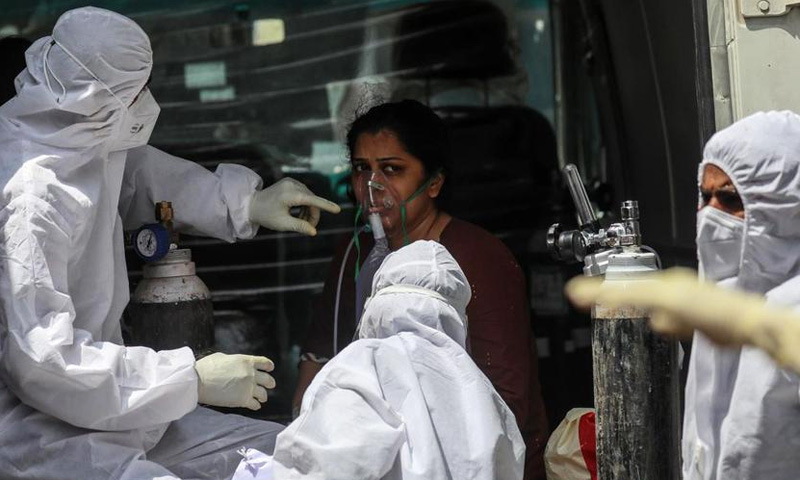 In an important observation, the Punjab & Haryana High Court last week said that in a situation like one created by COVID-19 Pandemic, the paramount consideration of the Governments should be of helping every human being irrespective of the State to which he/she belongs. A division bench comprising of Justice Rajan Gupta and Justice Karamjit Singh also directed the Government of...

In an important observation, the Punjab & Haryana High Court last week said that in a situation like one created by COVID-19 Pandemic, the paramount consideration of the Governments should be of helping every human being irrespective of the State to which he/she belongs.

A division bench comprising of Justice Rajan Gupta and Justice Karamjit Singh also directed the Government of India to consider reorientation of the supply of oxygen from various plants in such a manner that the allocated quantity reaches the respective States before already allotted quota is exhausted to avoid loss of life.

The Court also added that at present the situation in the three States falling within the jurisdiction of the court, appeared to be critical and deserves the immediate attention of the Union.

The Court was hearing a revived petition (earlier disposed of) concerning COVID-related facilities in States of Punjab, Haryana and UT of Chandigarh, Punjab & Haryana High Court on Friday (April 30) observed that the situation was "indeed grave".

Punjab and Haryana High Court on Tuesday asked the States of Punjab, Haryana and UT of Chandigarh to "consider home delivery of oxygen cylinders by Municipal Authorities" after noting that the same would "reduce the pressure on the Administration as well as on the Government and Private hospitals."

At the outset, the Court noted that all the three States (Punjab, Haryana & UT Chandigarh), are not seeking enhancement in the quantity of oxygen allotted to them, but are aggrieved by delay in supply thereof.

"As a result of late delivery, allocated quantity of oxygen is not able to reach the States well in time," added the Court.

Further, the Court pointed out that all the three States could also consider the setting up of a unified command centre for Chandigarh, Panchkula and Mohali as the working and business class have their workplace or residence in either of the three cities.

In this manner, the Court added, three cities are now integrated as a Tricity. In case a joint strategy is drawn up, it may be easier to tackle the present crisis.

"For better administration and to implement policies, parochial or other considerations should not stand in the way. In case, there is a common platform to deliberate upon the strategies to be adopted, it would be easier to tackle the challenges posed by the Pandemic."

Before parting with the order, the Court said that it would be a mistake to underestimate the virulence of the virus as the Scientist are still bewildered at its unpredictable behaviour and the manner it would manifest itself in a particular individual.

In this backdrop, the Court said,

"People in trauma cannot be made to run here and there in hospitals to get oxygen cylinders. The Governments need to be over-sensitive and in overdrive to reach out to patients in need of medical care and assistance. It is for this reason, we feel that a common strategy needs to be drawn up particularly as regards availability of oxygen."

Lastly, the Court appreciated the work done by philanthropic organizations who have taken upon the daunting task of serving and taking care of Pandemic affected patients by risking their own lives.

At the same time, the Court noted, there are others who have acted as predators looking for an opportunity to fleece people even in this crisis.

The Court gave the liberty to the States to act sternly against such culprits and take strict action. The matter has been posted for further hearing on Wednesday (May 12).