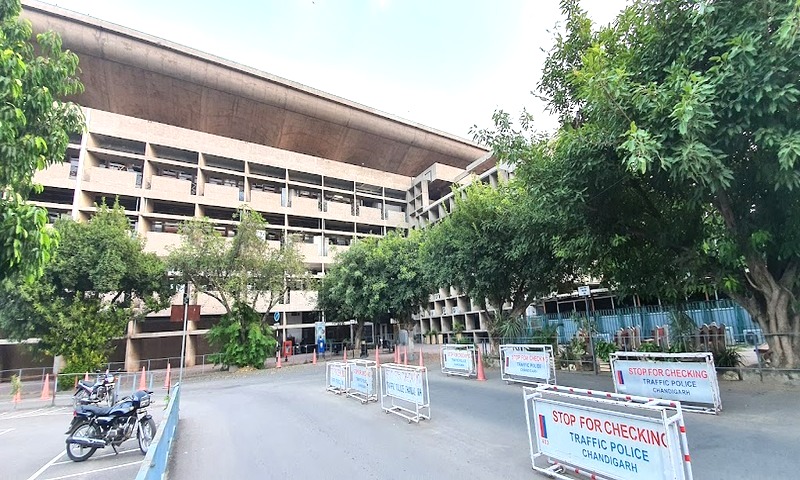 Punjab and Haryana High Court has held that a conjunctive reading of Section 13A and Section 18A of the East Punjab Urban Rent Restriction Act, 1949, reveals that a retired landlord's right to recovery (of property) under Section 13A is not limited to residential or scheduled buildings only.

The court further noted that the Legislative intent in broadening the nomenclature is to save the violation of Article 14 of the Constitution of India.

The Court was dealing with a revision petition challenging the order of the Rent Controller, Amritsar dismissing petitioner's application for leave to defend.

Relevant facts of the case are, father of the present respondent/landlord let out demised premises to the petitioner on a monthly rent to run his business of 'Electrical Spare Parts'. In 2021, the respondent filed rent petition under Section 13A of 1949 Act before the Rent Controller, Amritsar for ejectment of the petitioner on the ground of bona fide need.

Notice was issued by the Rent Controller, Amritsar issued the notice to the petitioner/tenant whereupon he sought leave to defend which was dismissed by the Rent Controller on the ground that the applicant has failed to raise any arguable point on the basis of which he can be permitted to contest the present petition under Section 13A of the East Punjab Urban Rent Restriction Act.

After considering the rival submission of the parties, the court reiterated that the affidavit of the tenant is the only relevant document to be seen by the Controller at the stage of granting leave.

Further the court noted that he petitioner's submission that 'Section 13-A of the 1949 Act is applicable only to 'residential' and 'scheduled buildings'', does not form part of the petitioner's application for leave to defend before the ld. Rent Controller. Accordingly, the said ground is not available to the petitioner at this belated stage.

Consequently, the court rejected the petition on the ground that leave to contest is to be granted by the Controller, only if the affidavit of the tenant discloses such facts which would disentitle the landlord from obtaining recovery of the demised premises.

Moving on, the court noted that even if the petitioner's contention that relief under S. 13A is limited only to residential and scheduled buildings, was to be accepted, the same would be rejected in view of the related statutory provisions along with the interpretations through judicial pronouncements.

Regarding Section 13- A, the court noted that only three ingredients have to be seen namely (a) whether the application under Section 13-A has been filed within one year or not after his retirement; (b) whether certificate is available indicating the date of retirement; and (c) that landlord has filed affidavit to the effect that he does not own and possess any other suitable accommodation in the local area in which he intends to reside and he wants possession of accommodation for his own use.

After referring to various judicial pronouncements, the court noted that it is clear that classification of buildings between residential, non-residential, commercial, scheduled has been watered down/ is not permitted.

Accordingly, the revision petition was dismissed.