No Bar For Grant Of Anticipatory Bail If Person Is Residing Abroad: Punjab & Haryana High Court 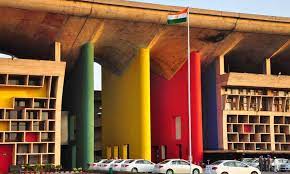 Punjab and Haryana High Court while dealing with a petition under Section 438 CrPC for grant of pre-arrest bail to the petitioner in an FIR registered under Sections 306 IPC for abetment of suicide, held that merely because an accused resides abroad is no ground to deny anticipatory bail.

The Petitioner is the mother-in-law of the deceased husband, who committed suicide in September 2020 after the Petitioner allegedly made monetary demands from him. The petitioner claimed that she had left for Canada in February 2020. Thus, it was her case that the present FIR is not made out against her.

It was further the case of the petitioner that since she remained in Canada even during the time of registration of the FIR, no specific allegation qua the role can be made out.

Moving further the petitioner contended that the suicide note has been produced after 15 days of the incident which casts doubt upon its authenticity.

Adding to this, the petitioner contended that no proceeding have been taken out by the police authorities in this regard despite the FIR having been lodged in 2020, about two years ago.

Reliance was placed on the judgment of Gujarat High Court in Hiteshkumar Vadilal Shah & vs State of Gujarat, to submit that there is no bar for a person residing abroad to file for anticipatory bail and reasonable apprehension of arrest is the only necessity for filing the same.

Keeping in view the above, the court allowed the anticipatory bail plea and directed that in the event of arrest, the petitioner shall be released on interim bail to the satisfaction of the Arresting Officer, subject to compliance of the conditions under Section 438(2) Cr.P.C.

However, the court cautioned that if the petitioner does not join and cooperate with the Investigating Agency within the stipulated time, the interim order shall be deemed vacated.