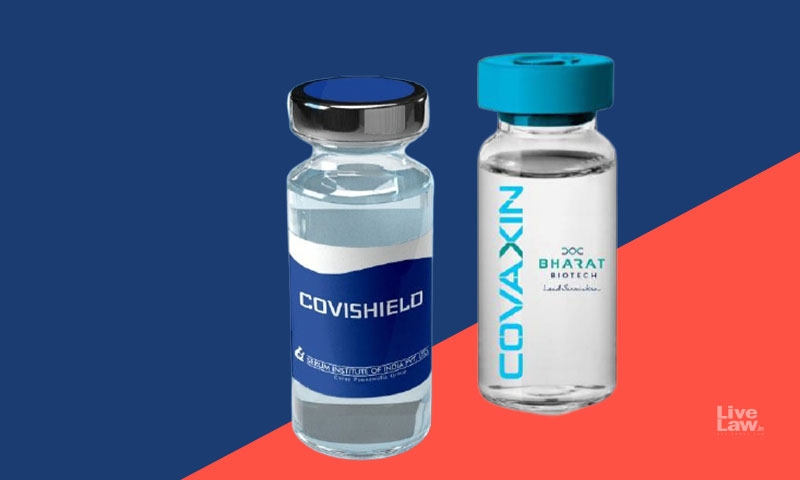 The Kerala High Court has sought the response of Central Government on a petition that prays for the invocation of compulsory licensing to allow capable vaccine manufacturers to manufacture COVID-19 vaccines in the wake of the second wave of infections. A Division Bench of the High Court, comprising of Justices Raja Vijayaraghavan and MR Anitha sought the Centre's response upon...

The Kerala High Court has sought the response of Central Government on a petition that prays for the invocation of compulsory licensing to allow capable vaccine manufacturers to manufacture COVID-19 vaccines in the wake of the second wave of infections.

A Division Bench of the High Court, comprising of Justices Raja Vijayaraghavan and MR Anitha sought the Centre's response upon the petition, which has been posted for consideration after ten days.

The petition in Court, filed by a lawyer Advocate Gopakumar GK, through Advocates Abdul Raoof P, KR Avinash and Raj Carolin V, avers that the scarcity of vaccines in the country is a result of vaccine manufacturers being unable to ramp up production of vaccines. For this reason, capable Indian companies should be allowed to produce Covid-19 vaccines by invoking compulsory licensing or through any other means, the petition avers. This has been approved by the World Trade Organisation (WTO), Advocate Gopakumar's petition lays out.

Advocate Gopakumar's petition seeks these reliefs, among others that the Court would deem fit to allow –

In his petition, Advocate Gopakumar points out that countries were free to issue compulsory licenses during emergencies, with countries being free to decide what constitutes an emergency. India's Intellectual Property regime also allows for compulsory licensing also under the Patents Act, 1970, the petition avers, provided the patent owner is suitably compensated.

With reference to the Patents Act, 1970, the petition states that the ongoing surge in cases fits into the three circumstances that empowered the Central Government to direct compulsory licensing -

a) there must be a national emergency;

b) the requirement must be extremely urgent;

c) it must be for public non-commercial use.

"A deadly virus, killing 4,000-plus Indians a day does qualify for all three. So theoretically India can do this. India can even override patents on Pfizer and AstraZeneca and other vaccines," the plea reads.

The petition states that there are more than 3,000 pharma companies in India, who together run 10,500 manufacturing facilities. Out of this, the public sector is capable of catering to "the requirement of the lion population of the world". However, Serum Institute and Bharat Biotech are the only two companies out of that are producing vaccines, the plea asserts.

Urging for intellectual property right leeways amid the rising cases, the plea avers that he present production capacity covers only 30 percentage of the requirement, leaving youth below the age of 18 under threat".

It is also stated that none of the Covid vaccines are patented at present, which would make it "technically impossible to rely on the provisions regarding the compulsory licencing in Patent Act."

The plea also asserts that applicable Intellectual Property Right is a trade secret (Un disclosed information) and the details of the production Protocol, clinical file, data etc. are available with the concerned Drugs Control Authority.

"At present such information's are entitled for data protection. That protection can be relaxed considering the present scenario. The nation has to waive protections in WTO rules for patents, copyrights, industrial designs, and undisclosed information (trade secrets) in relation to the "prevention, containment or treatment of COVID-19, until widespread vaccination is in place globally, and the majority of the world's population has developed immunity..."

"Moreover in the absence of registration, the holders of the Intellectual Property Rights are having only the right of passing off. The passing off rights should not have better protection than the Patented Rights especially in the health emergency. In no event should IP rights become legal obstacles to ensuring early access to affordable medicines for everyone in the world during a pandemic that has already killed more than a million people worldwide and threatens to kill millions more. But also, in no event should WTO members act in ways that would eliminate the incentives that are essential to inspire the innovations that make new medicines possible."

The petitioner in this respect suggests that the government started compulsory licensing with Covaxin, it being a homegrown jab.

"So making it available to other producers would set a great example for the world," the petitioner proposes.

The rigours of protection of intellectual property right as per the TRIPS agreement could be relaxed with respect to life-saving medicines, in case of national emergency as decided by the Doha Summit of WTO in 2001, the petition again avers.