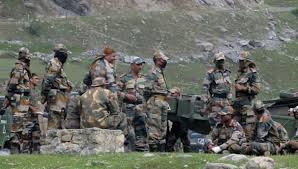 The Rajasthan High Court has dismissed a Public Interest Litigation seeking a direction to Central Government to place the true and relevant information concerning the intrusion of the Chinese Army into the Indian Territory in the public domain.

Shantanu Pareek had approached the High Court with this plea.

No such relief can be granted as prayed for, said the bench comprising the Chief Justice Indrajit Mahanty and Prakash Gupta. The bench also noted the statement made by the Union Minister before the Lok Sabha on 15th September.

Before the Parliament, the Union Minister stated that since April, Indian side had noticed a buildup of troops and armaments by the Chinese side in the border areas adjacent to Eastern Ladakh. In early May, the Chinese side had taken action to hinder the normal, traditional patrolling pattern of our troops in the Galwan Valley area, which resulted in a face-off. "Given the growing friction along the LAC, the Senior Commanders of the two sides in a meeting on June 6 2020agreed on a process of disengagement that involved reciprocal actions. Both sides also agreed to respect and abide by the LAC and not undertake any activity to alter the status quo. However in violation of this the Chinese side created a violent face off on June 15th at Galwan. Our brave soldiers laid down their lives and also inflicted costs including casualties on the Chinese side.", he added.

"The conduct of our armed forces throughout these incidents shows that while they maintained "Sayyam" in the face of provocative actions, they also equally displayed "Shaurya" when required to protect the territorial integrity of India.I would like the House to join me in recognizing the courage and valour of our soldiers, who undergo immense hardship in the most difficult conditions to keep us all safe and secure.",Defence Minister Rajnath Singh had stated.