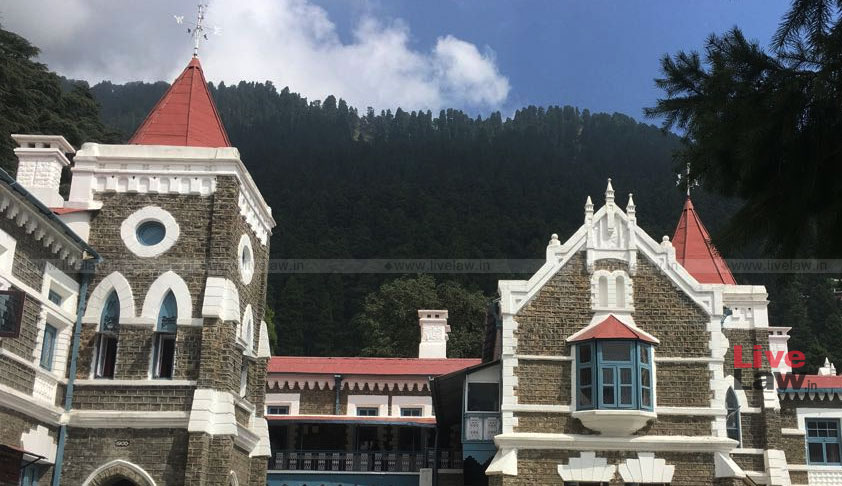 The Youth Bar Association of India has recently filed a Public Interest Litigation in Uttrakhand High Court requesting the Court to direct the Ministry of Law and Justice to reconsider raising the upper age limit of High Court Judges to bring it on par with the age limit prescribed for Supreme Court judges. The petition filed by the Honorary Secretary Mr. Saurabh Pandey and the President of...

The Youth Bar Association of India has recently filed a Public Interest Litigation in Uttrakhand High Court requesting the Court to direct the Ministry of Law and Justice to reconsider raising the upper age limit of High Court Judges to bring it on par with the age limit prescribed for Supreme Court judges. The petition filed by the Honorary Secretary Mr. Saurabh Pandey and the President of the Association, S. Bhupendra Singh succeeded similar actions taken by the association on this legal issue.

In 2017, the petitioners had filed a writ petition before the Court praying that retirement age of the judges of High Courts be raised at par with the judges of the Supreme Courts from 62 to 65 years. After such petition was dismissed by the Court in December 2017 as withdrawn without prejudice to approaching any appropriate forum, the petitioners had submitted a representation before the Ministry of Law and Justice of the Government of India requesting them to consider the introduction of a fresh Bill in a similar vein as the one introduced in 2010, among others. In a letter dated 23rd April 2018, the Ministry had told the petitioners that the matter would be considered at an appropriate stage and had stated further that the representation would be transferred to the Department of Justice. When no further action was taken by the government for a prolonged period on this matter, the petitioners filed the instant PIL seeking Court intervention.

The present petition alleged that the government had not taken any form of action on their representation despite assurances. In view of the fundamental right to get speedy justice and speedy trial, the petitioners claimed that increasing the retirement age of the judges would reduce the mounting arrears of cases in High Courts caused by the vacancy of judges. Increasing the retirement age would reduce such vacancies, thus facilitating judicial administration.

The petition further asserted that in view of article 224A of the Constitution, since even retired judges could be appointed in High Courts, not raising the upper age limit would be violative of Article 14 of the Constitution and would be "would be irrational, arbitrary, whimsical, discriminatory". Since it has been reiterated time and again by the Supreme Court that the High Court is not inferior to it in the administration of justice, the petition contended that no rationale exists in preserving the 3-year difference in the upper age limits of High Courts and Supreme Court.

Moreover, the petition averred, that after attaining present age of retirement the judges of the High Courts are appointed to various Commissions like State Consumer Forums, Central Administrative Tribunals etc for 3 years more, indicating their fitness to serve till 65 years. Judges would be less anxious for such forms of employment, if they had a longer tenure. The petition further stated that Chief Justices and senior judges of High Courts nearing their retirement sometimes decide to become judges of Supreme Court to obtain another 3-year stint. Senior judges may be content with remaining in their High Courts if their retirement age is increased.

Referring to the Constitution (One Hundred and Fourteenth Amendment) Bill introduced in the Lok Sabha on August 25, 2010, by M. Veerappa Moily, the petition further claimed that due importance to the issue had been given in the past by the Government to this crucial issue. The Bill which had sought to amend Articles 217 and 224 of the Constitution, however, had lapsed since there was no progress.

The petition also referred to laws existing in a host of other countries such as Australia, Canada, Ireland, U.K etc. which prescribe a higher retirement age, being generally after 70 years, to further support their claims.

In light of the above arguments, the petitioners prayed for any writ or order under article 226 issued by the High Court commanding the respondents to address their concerns in the larger public interest. They also prayed for an order to quash the letter by the government since the same did not stipulate any time frame for considering the necessity of an amendment in the Constitution for the purpose of their plea.