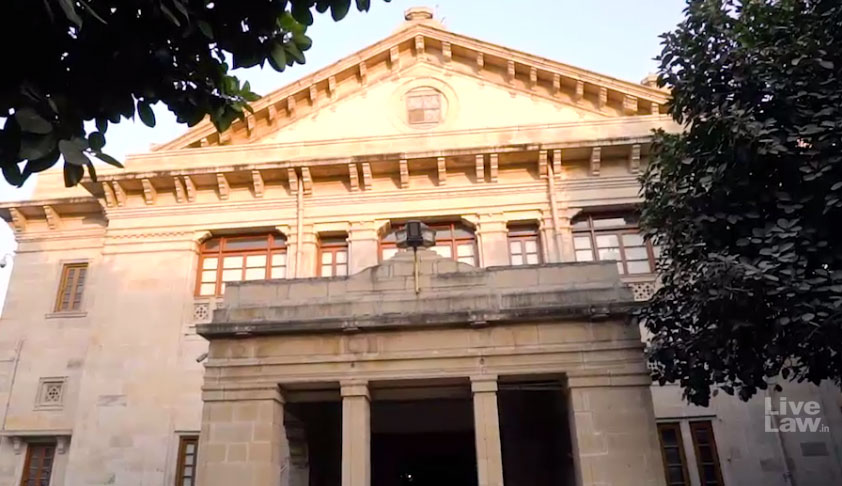 The Allahabad High Court recently highlighted the importance of a playground in a school and asserted that the existence of such infrastructure "distinguishes an educational institution from an education shop".

In doing so, Justice Ajay Bhanot also ruled that the playground and the school building should be a part of a single composite land, observing, "In case the playground and the school buildings/academic blocks are situated in plots of land which are separated by other plots or residential areas or roads, the access of the students to the play field from the academic blocks will not be free.
"The playground will play its part and make its contribution only if the access of the students to the playground is free and unimpeded. Young students should be able to run with gay abandon to the play field during their sports classes or after their academic classes without any impediment and kick the ball soaring into the sky. In case the students have to pass through the residential areas, traffic snarls, labyrinth of streets to access the playground, the purpose of a play field would be defeated."
The court was hearing a petition filed by the Apple Grove School, challenging the cancellation of the grant of provisional affiliation to it by the Central Board of Secondary Education (CBSE).
The impugned order had relied on violation of bye­-laws relating to infrastructure, pointing out that the school building and the playground are not part of a single and compact piece of land. An open ground located adjacent to a local residential area was being used as the playground of the school instead. Having granted several opportunities to the school to cure the deficiency, CBSE had decided to withdraw the provisional affiliation granted to it upto senior secondary level.
It had now defended its stand, contending that the requirement of the playground being in a compact piece of land is mandatory and that the purpose of providing a playground would be defeated if the playground is far removed or difficult to access from the school building.
The court accepted such contentions, and noted that the school had failed to cure the deficiency, despite three years having passed since the first time the shortcoming was pointed out to it. Highlighting the fact that the requirement for a playground was a mandatory one, it asserted,
"A perusal of the relevant bye-­laws discloses that the educational institution seeking affiliation has to satisfy the infrastructural pre­ requisites before the institution is granted affiliation. The infrastructure requirements for affiliation are clarified by the words "essential conditions". This indicates a mandatory intent and a requirement of strict compliance of such conditions. The existence of a playground is clearly mentioned in the land requirement for the purposes of building infrastructure and playgrounds."
The court went on to lament the lack of playgrounds due to unplanned urban developments, observing, "The Court notices the fact that massive unplanned urban development has diminished open spaces and playgrounds for the coming generations. Similarly in the rush for profits school managements make the first compromises with play-fields. Sports and all that it offers by way of learning takes a back seat."
It further rejected the contention that the long continuance of affiliation in favour of the institution estopped CBSE from cancelling their affiliation on the mentioned ground. The court asserted that long continuance of affiliation despite violation of the affiliation bye-laws does not accumulate any credit of equity in favour of the petitioner.
"On the contrary, the institution has incurred a debt which it cannot repay. The debt of students who went through the process of schooling without the experience of a play field. The debt of childhoods lost because of denial of opportunities to develop a love for the outdoor life and understanding comradeship through sporting activities. The considerations of the future of the young students of India is invaluable and cannot be weighed in balance with the immediate quest for profit of the petitioner," it observed.
The petition was then dismissed, with the court opining that the right of an educational institution to seek affiliation is subservient to the right of education of the children.
Read the Order Here
Tags#Playground & School Mandatory Requirement For Affiliation #Justice Ajay Bhanot #Allahabad High Court
Next Story
Similar Posts
+ View more
Law Firms
+ More