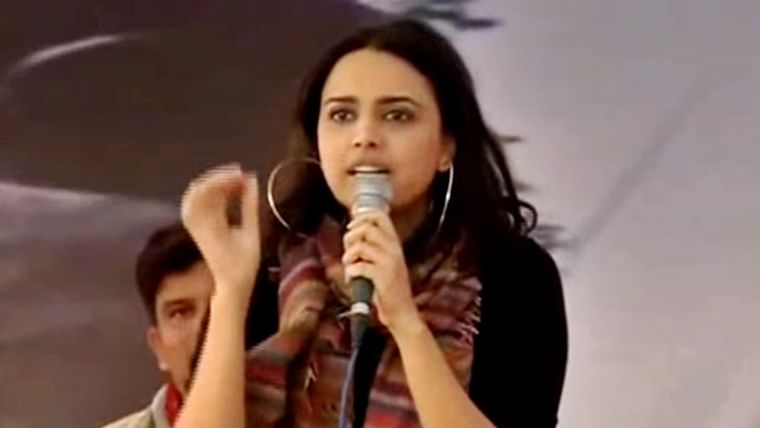 The petition alleges that she scandalized the court by saying "courts are not sure if they believe in the constitution" while addressing a conference "artists against communalism" at Mumbai in February 2020.

According to the petition, Bhaskar said: "we are living in a country where the SC states in a judgment that demolition of Babri Masjid was unlawful and in the same judgement rewards the same people who brought down the mosque".

The plea alleged "objectionable statement" made by Bhaskar is reproduced in the petition as :

"We are now in a situation where our courts are not sure whether they believe in the Constitution or not...What then do we do and it seems to me that as everyone has said that the path is clear to us and it has been shown to us by you all whoever of you all have been part of the protest by students by the women and by the citizen protestors it is to resist...

It is alleged that her statements were not only a "cheap stunt of publicity" but also a deliberate attempt to turn masses to revolt against the Supreme Court.

"The alleged contemnor statements intends to incite feeling of no-confidence amongst the public with respect to the proceedings of the Hon'ble Court and integrity of the Hon'ble Judges of the Apex Court of India", states the Petition filed by Adv. Anuj Saxena, Prakash Sharma & Mahek Maheshwari on behalf of Usha Shetty.