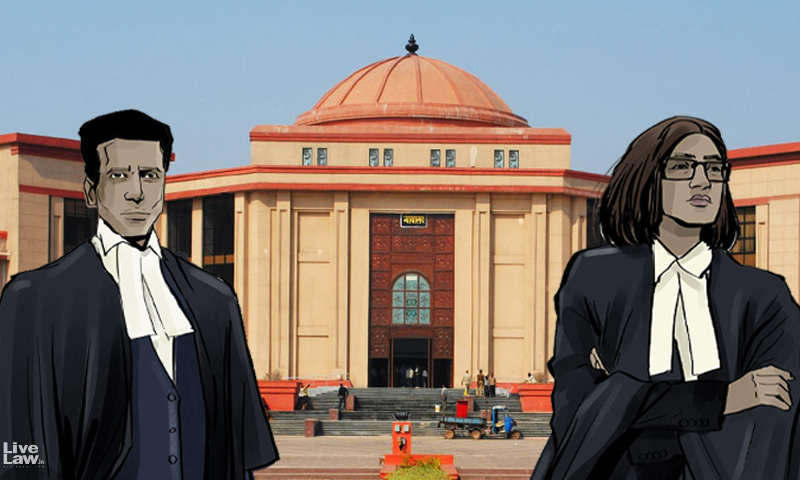 A writ petition has been moved before the Chhattisgarh High Court challenging the 'senior designation' conferred on 12 advocates alleging that the decision was made by applying the pick and choose method which suffers from biases, favoritism, nepotism and is against the settled principles of law.Chhattisgarh High Court Confers 'Senior Designation' On 12 AdvocatesThe plea has been moved...

A writ petition has been moved before the Chhattisgarh High Court challenging the 'senior designation' conferred on 12 advocates alleging that the decision was made by applying the pick and choose method which suffers from biases, favoritism, nepotism and is against the settled principles of law.

The plea has been moved by Badshah Prasad Singh, an advocate by profession, who himself applied in the process and gave the interview, however, he wasn't chosen for the 'senior' advocate designation.

The plea has been moved through Advocate Rajesh Kumar Kesharwani

The plea has alleged that the committee constituted for the purpose of conferring senior designation on the Lawyers was not fair enough and from each step of the proceeding, only the principle for Favoritism was adopted only to accommodate their preferred ones and blood-related advocates and their Juniors

The plea further adds that the committee bypassed the principle laid down in the matter of Indira Jaising vs Supreme Court of India Through its Secretary general and Ors.

"The designation of senior advocates has now become an arbitrary practice by those in power and in the present case also some persons who were in power and were also a member of the committee has been designated as Senior advocate," the plea further avers.

Averring that no one can become a judge of their own cause, the plea states that in this process, the Advocate General was the member of every advocate's interview and at the time of his interview, his junior and subordinate was made a member of the committee.

"(This) shows the abuse of process of law and power as well as it amounts to non-transparency and dishonesty and the principle of Equity of law was violated and thus the committee constituted comes under the purview of doubt and the final selection by the said committee is itself bad in law as well as unconstitutional," the plea states.

Further, the plea also states that names of some of the Advocates who have been conferred with the 'Senior Designation' were earlier deferred by the Collegium of Supreme Court to be appointed as High Court Judge, but, the plea adds, those certain Designated Senior members have been now selected due to arbitrariness and Favoritism of the committee member.

"That the status of the senior advocates is likely to be equivalent as High Court Judge and if those advocates who have been found ineligible for the post of High Court Judge looking to their conduct and confidential report the collegium of Hon'ble Supreme court has deferred their name then on what count, those advocates can be designated as Senior Advocate?" the plea states.

Against this backdrop, the plea seeks setting aside of the notification conferring 'senior advocate' designation on 12 advocates and to defer the conferment of the title till the pendency of the plea before the Court.