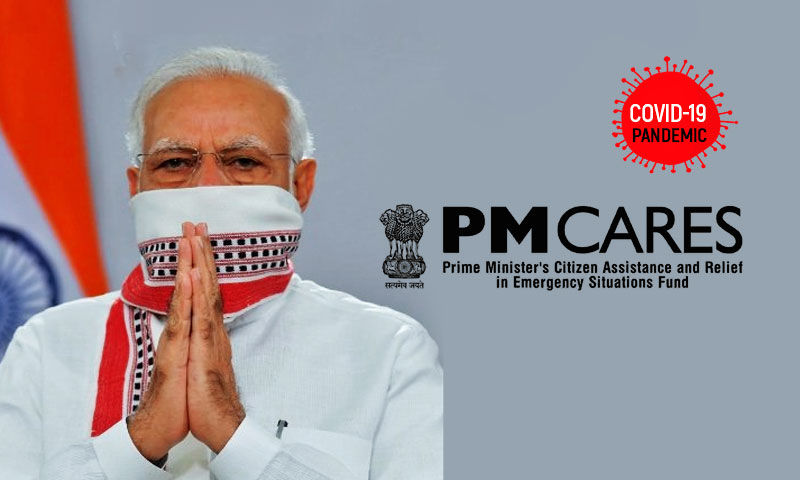 In the backdrop of the recent Supreme Court verdict declining to transfer the funds from PM CARES to National Disaster Response Fund, a supplementary affidavit has been filed before the Allahabad High Court to 'delimit the scope and field' of a plea filed before it challenging the constitutional validity of PM National Relief Fund and the PM CARES Fund. The Petitioner, Anubhav Singh...

In the backdrop of the recent Supreme Court verdict declining to transfer the funds from PM CARES to National Disaster Response Fund, a supplementary affidavit has been filed before the Allahabad High Court to 'delimit the scope and field' of a plea filed before it challenging the constitutional validity of PM National Relief Fund and the PM CARES Fund.

The Petitioner, Anubhav Singh has submitted that his petition is not the same as the matter directly and substantially in issue in the writ petition decided by the Supreme Court on August 18, 2020.

Represented by Advocates Shashwat Anand and Ankur Azad, Mr. Singh has submitted that the ambit, scope and reach of the instant Petition is "quite different, distinct and poles apart" from that of the petition decided by the Supreme Court inasmuch as,

"the 'matter' in the latter petition is laced, laden and founded upon the 'alleged motive of the Government' in constituting the PM-CARES Fund; Whereas, the instant petition impugns the constitutional validity of the said Fund, along with other matters."

He pointed out that only two issues, relating to transfer of funds collected in the PM CARES Fund to the NDRF, are common between the two petitions.

Significantly, the Supreme Court had dismissed the petition for transfer of funds from PM CARES to NDRF and had clarified that the Centre will be free to transfer the funds to NDRF as it deems appropriate and that individuals are at liberty to donate to NDRF.

Since the Petitioner before the High Court had also sought that the money/ funds contained in the PMNRF and PMCARES Fund be transferred/ credited to the NDRF, he has now filed a supplementary affidavit to distinguish their pleadings from what transpired before the Top Court.

The instant petition was filed in June this year by wo practicing Advocates of the High Court, Divya Pal Singh and Anubhav Singh, stating that the PMNRF and PM-CARES are unconstitutional and void, for not being backed by any law and for being at odds with the National Disaster Response Fund (NDRF), which was constituted by the Central Government under Section 46 of the Disaster Management Act, 2005 (DMA).

The Petitioners had submitted that the Government does not have the power to create a Trust, otherwise than by an authority of law, as per Entry 10 of the Concurrent List under the Seventh Schedule of the Constitution.

"Manifestly, the Constitutional Mandate for creating a trust by making a law is an implicit, mandatory and binding prohibition on the power of the Central Government or Prime Minister to create a non-statutory express trust (PMCARES Fund), opaque in nature, to collect money from institutions and public generally during outbreak of disaster (the COVID-19), while, there is a statutory fund, already in place (NDRF) for the same purpose constituted by the Central Govt. under 2005 Act," the plea states.

It was also contended that the NDRF would prevail over the PM-CARES Fund, in terms of Section 72 of the DMA, which stipulates that the Act has an overriding effect and prevails, notwithstanding anything inconsistent therewith, over every instrument or law for the time being in force.

Inter alia, the Petitioners asserted that the NDRF is audited by the CAG and is subject to the Right to Information Act, and it is therefore more transparent when compared to the PM CARES Fund.

The matter was first listed before a Division Bench of the High Court in July this year and the Union of India entered appearance on July 13, through ASG Gyan Prakash.