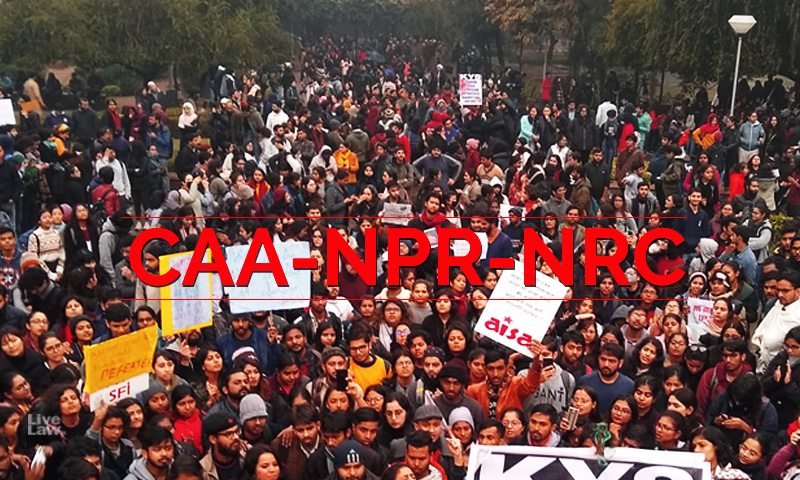 Stating that the sites of protest against the CAA are a "spectacular affirmation" of the multicultural nature of Indian society, an intervention application has been filed in the Madras High Court to oppose a batch of petitions which seek the removal of all such protest gatherings in Tamil Nadu, particularly in Chennai."I must tell this court that these protests have been the most...

Stating that the sites of protest against the CAA are a "spectacular affirmation" of the multicultural nature of Indian society, an intervention application has been filed in the Madras High Court to oppose a batch of petitions which seek the removal of all such protest gatherings in Tamil Nadu, particularly in Chennai.

"I must tell this court that these protests have been the most spectacular affirmation to me that Indian society is proudly multi-cultural and fiercely so, and that no government can impose homogeneity through law on this beautiful Indian society", stated the intervention application filed by Chennai-resident Kuruvilla Abraham, who claimed to have visited several anti-CAA protest sites such as Shaheen Bagh and Jantar Mantar in New Delhi.

He stated that these protests have popularized the idea of Constitutionalism and Preamble, and has cemented the concept of "unity in diversity" of Indian nationhood in the minds of people.

"The Constitutional values are so beautifully being articulated and upheld at these protests. We read the Preamble regularly and tell ourselves that we are a land committed to equality for all and unity in our diversity; that we will stand up for liberty of thought, expression and faith; that we will live in fraternity and brotherhood. I never knew the Preamble before. I learnt it by repeating it at these protests. Songs of unity and fraternity and brotherhood are sung. Youngsters are creating art in terms of rap songs, poetry, paintings, kolams, rangolis - beautiful art that shows a united, diverse civil society that is passionately and artistically standing up for the idea of India as a land of unity in diversity", the plea added.

The writ petitions seeking removal of protests are filed by a group of individuals stating that the protests are unwarranted and were causing inconvenience to public.

The application filed by Kuruvilla Abraham stated that the protests against CAA and the proposed NRC are based on genuine concerns. It is pointed out that several public intellectuals have criticized the CAA as perpetuated discrimination on religious grounds, and thereby shaking the secular foundations of the nation by linking religion with citizenship. Referring to the consequences of Assam NRC exercise, it is stated that the extension of a similar process countrywide will deprive the citizenship of several genuine Indians, and the ones to get affected will be the minorities and the marginalized.

The plea also mentions that several State Legislative assemblies have passed resolutions against CAA -NRC, and more than hundred writ petitions have been filed in the Supreme Court against the Act by several persons and organizations from different parts of the country.

"People fear for their families, and people fear for the changes being made to their idea of a secular, multi-cultural, plural India which is the biggest asset we bequeath to our children. This is why we are protesting.

"it is obvious why any person who believes in the diversity and pluralism of India and believes that India is a melting pot of cultures will be upset with the above explained developments (of CAA-NRC). These developments are not ordinary. They instill extraordinary fear and trepidation in the minds of large number of citizens who find that the fundamental idea of India is being threatened".