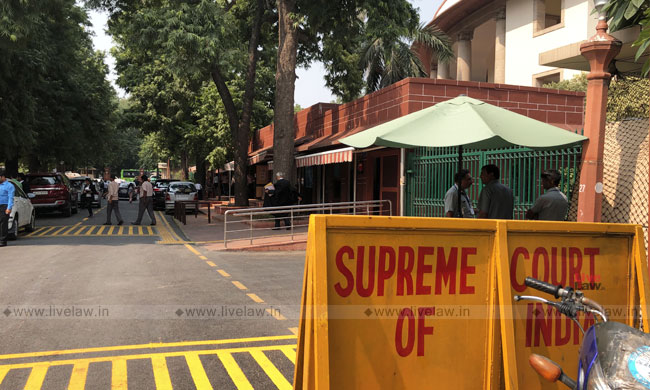 A petition has been filed before the Supreme Court, impugning the notification issued by the government of Tamil Nadu for conducting election for rural local bodies in the state, allegedly for bypassing mandatory legal requirements.

As per the plea filed by CR Jayasukin, the state government of Tamil Nadu had issued notifications for bifurcation and creation of nine new districts in the state. By the said notification, the government also tried to delimit the wards of these nine districts. It has been contended that this process of delimitation was futile as the state could not have assumed the role of the Delimitation Authority, i.e., the District Collector, as prescribed by the Tamil Nadu Delimitation Commission Act, 2017 and Tamil Nadu Local Bodies Delimitation Regulations, 2017.

"…the said action of the Government, to take up the powers of an expert body, is completely unknown to law," the Petitioner argued.

In this light, it has been contended that the notification issued by Tamil Nadu State Election Commission for conducting election for rural local bodies is bad in law, inasmuch as the delimitation process for the said nine districts has not been done in accordance with Section 24 of Tamil Nadu Panchayats Act.

"it is most humbly submitted here that for these districts, no elections can be held since, there has been no formation or incorporation of District Panchayats in accordance with Section 24 of the Tamil Nadu Panchayats Act," the plea read.

It was also stressed that proceeding to conduct election without delimiting the wards would be in contravention of Article 243(B) of the Constitution which stipulates formation of Panchayats at all village, intermediate and district levels as well as the directions issued by the Supreme Court in CR Jayasukin v. Tamil Nadu State Election Commission, MA No. 2328/2019.

He urged that nine District Panchayat Councils, under Section 24, should have been formed for each of the nine revenue districts.