POCSO: UP Court Convicts Accused Within A Month Of Filing Chargesheet [Read Judgment] 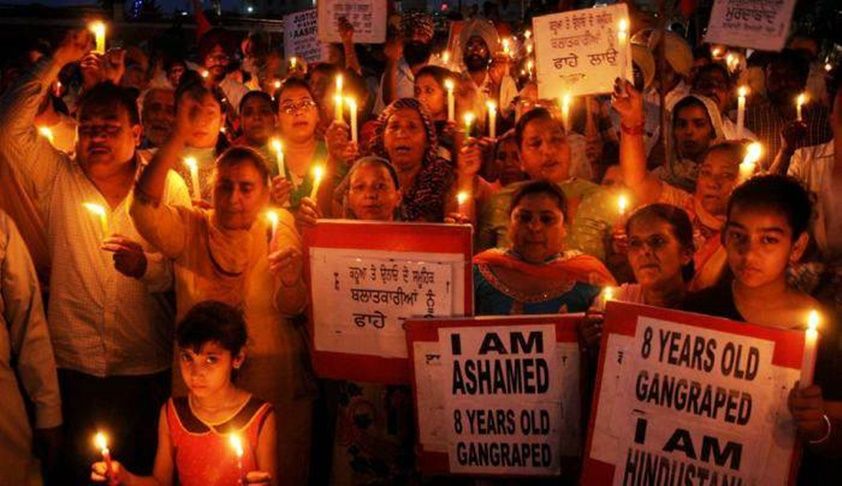 In yet another instance of expeditious trial in a child rape case, the Special Court at Auraiya (Uttar Pradesh) convicted the accused within a month of filing of charge sheet under Protection of Children from Sexual Offences (POCSO) Act, 2012. The police had submitted the chargesheet on September 19, ten days from the date of registration of FIR. Wrapping up the trial expediently,...

In yet another instance of expeditious trial in a child rape case,  the Special Court at Auraiya (Uttar Pradesh) convicted the accused within a month of filing of charge sheet under Protection of Children from Sexual Offences (POCSO) Act, 2012.

The police had submitted the chargesheet on September 19, ten days from the date of registration of FIR. Wrapping up the trial expediently, Addl. District & Sessions Judge Sh. Rajesh Chaudhary, passed the order of conviction on October 16.

Earlier, Judge Chaudhary had set a record by disposing of a case filed under POCSO within 9 days of filing of charge sheet.

Notably, POCSO stipulates a period of one year from the date of taking cognizance for completing trial. Taking note of the acute delay in disposal of POCSO cases, the Supreme Court had earlier passed directions to increase the number of special courts in states.

The present case had been filed under Sections 376AB and 506 of IPC, and Section 5(m) read with Section 6 of POCSO by the father of the 10 year old victim, who alleged that one Anshu trapped his daughter in his house and committed rape on her.

The accused, who also happened to be the victim's cousin brother, denied the allegations, stating that the proceedings were malafide and were prompted by previous animosity between his father and the victim's father. Further he contended that the victim was merely 10 years old and her statements could not be relied upon by the court as she was incapable of understanding the questions posed to her.

Nevertheless, the court proceeded with a presumption of guilt of the accused under Section 29 of POCSO. The provision prescribes that when a person is accused of committing an offence under Sections 3, 5, 7 and 9 of POCSO, the court shall presume that the accused had committed the offence until the contrary is proved.

The court examined the statements of all the witnesses, including the medical examiner who confirmed that the nature of injuries was similar to the allegations made in the FIR.

It noted that the statements of the victim were well corroborated by other witnesses and the materials discovered from the crime scene. In this view, it rejected the argument that victim was an incompetent witness given her tender age and said that a child witness could be a competent witness under Section 118 of the Evidence Act, if the statement of child witness, after due scrutiny, inspired confidence of the court. Reliance was placed on a recent Supreme Court ruling dated July 9, 2019, in P. Ramesh v. State, Rep. by Inspector of Police, Crl Apl No. 1013 of 2019.

Further rejecting the contention that the prosecution had not examined any eye witness, the court said, no other person had witnessed the offence certainly because it was committed inside the house of the accused. It held in view of State of Punjab v. Gurmit Singh & Ors., AIR 1996 SC 1393, that an order of conviction could be based on the sole testimony of the prosecutrix. He also iterated that as per Section 134 of the Indian Evidence Act, no particular number of witnesses was required to be examined in any case for the proof of any fact.

Dismissing the contention that the prosecution witnesses had made conflicting statements, the court held in view of Shamim v. State (NCT of Delhi), (2018) 10 SCC 509, that minor contradictions in statements of witnesses were not be fatal unless, such contradictions shook the root of the matter.

Lastly rejecting the argument that the proceedings were a result of enmity between the parties, the court cited Puranchand v. State of H.P., (2014) 5 SCC 689, wherein the court had said, "The version of the victim girl…cannot be doubted ignoring even the fact that a girl would put herself to disrepute and go to the extent of supporting her parents to lodge a false case merely due to some enmity with the family of the accused putting her honour at stake".

In addition to the aforesaid, the court made the following observations:

1. The victim's subsequent conduct of approaching her parents in a cry and limping state was relevant under Section 8 of the Evidence Act. Reliance was placed on Sheikh Zakir v. State of Bihar, AIR 1983 SC 911.

2. Her statements were also admissible under Section 157 of the Indian Evidence Act, 1872 as they corroborated with her previous statements under Section 164 of CrPC. Section 157 of the Evidence Act states that in order to corroborate the testimony of a witness, any former statement made by such witness relating to the same fact, at or about the time when the fact took place, or before any authority legally competent to investigate the fact, may be proved.

Accordingly, the court convicted the accused and imposed a life term and fine worth Rs. 2 lakh.