Police Expected To Be The Most Accessible, Interactive & Dynamic Organisation Of Any Society: Chhattisgarh High Court 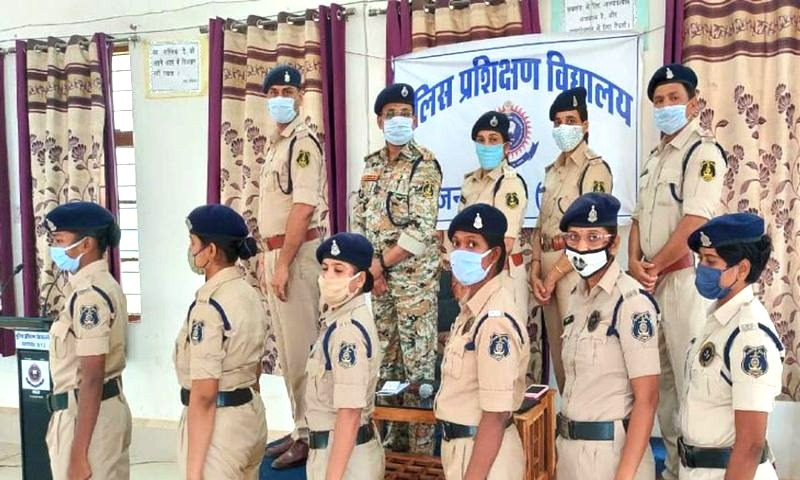 Stressing that the Police are one of the most ubiquitous organisations of the society, the Chhattisgarh High Court recently observed that the police are expected to be the most accessible, interactive and dynamic organisation of any society. The Bench of Justice Rajani Dubey further emphasized that in an hour of need, danger, crisis, and difficulty, when a citizen does not know, what to...

Stressing that the Police are one of the most ubiquitous organisations of the society, the Chhattisgarh High Court recently observed that the police are expected to be the most accessible, interactive and dynamic organisation of any society.

The Bench of Justice Rajani Dubey further emphasized that in an hour of need, danger, crisis, and difficulty, when a citizen does not know, what to do and whom to approach, the police station and a policeman happen to be the most appropriate and approachable unit and person for him.

Essentially, the Court was dealing with a plea seeking transfer of probe in connection with murder of late Vishwanath Nair to the CBI.

As submitted in the plea, Nair was a two-time MLA and the nephew of Smt. Sashi Prabha Devi, the Rajmata of princely State of Kawardha, who was a highly influential and political personality having crores of rupees property in the Kawardha district.

Since she was quite close to her nephew, she (Rajmata) executed a Will, wherein she had transferred all her property to both her daughters, nephew deceased/Vishwanath and no share was given in property to her son – respondent No.8, since there were major differences between Rajmata and her son.

After the death of Rajmata, her daughters also reposed the same faith on late Vishwanath Nair for managing and administering not only their properties but also of Rajmata.

It was alleged in the plea that this closeness of late Vishwanath Nair with Rajmata and her daughters was hurting respondent No.8 and caused anguish and hatred in his heart and before the murder of Vishwanath Nair, he (respondent No.8/son of Rajmata) threatened him of dire consequences.

Against this backdrop, the plea contended before the Court during the probe into the murder of Nair, the petitioners had informed the police about the animosity between deceased/Nair and respondent No.8 and 9 but no investigation was conducted by the police authority from this perspective.

Lastly, the petitioners prayed that the investigating authorities must be asked to procure the call details of the arrested accused and the private respondents as they suspect it to be a case of contract killing. The plea also pointed towards several lacunas in the probe.

The Court took into account the documents filed along with the petitioner, which indicated that relation between private respondents (8 and 9) and deceased Vishwanath Nair were not cordial.

The Court also observed that only an inquiry was conducted by the Additional Superintendent of Police, District Kabirdham, which, in the Court's opinion, did not appear to be satisfactory and not enough to clear the petitioners' doubt in a case like murder.

"The private respondents (8 and 9) and the petitioners have the previous animosity and the matter involved huge property of Rajmata who hails from royal family, there is apprehension that the investigation may be influenced, therefore, having considered the law laid down and the observations made by the Supreme Court in the facts and circumstances of the case, in above-referred judgments, this Court direct that the matter be investigated by the CBI in a fair and independent manner," the Court further observed as it directed the CBI to further investigate the matter.

The CBI has been also directed to seize and collect all the records pertaining to the case as also the SIM details of mobile phone of accused, deceased and suspected persons as early as possible and to make all possible endeavour to complete fair and independent investigation at the earliest.

Case title - Jyoti Nair and others v. State of Chhattisgarh and others