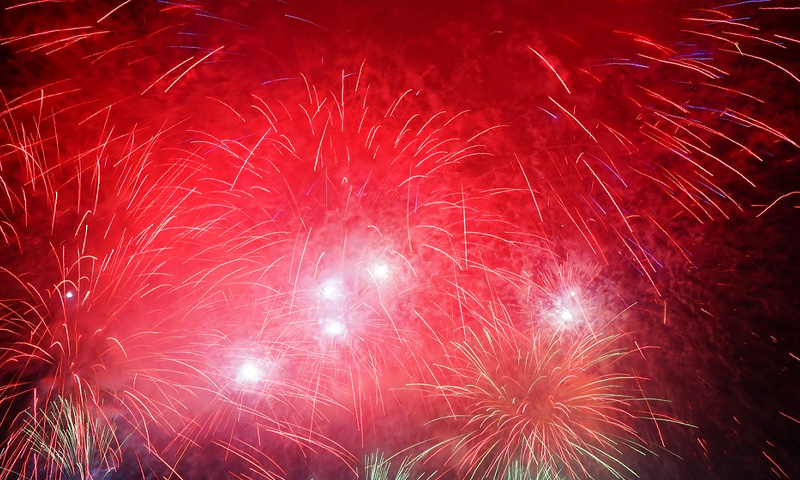 "Right to life embodies a constitutional value of supreme importance and stands on a higher pedestal than the right to practice any profession, as right to carry any business comes with a rider and Clause (6) of Article 19 permits the Government to impose reasonable restrictions", remarked Rajasthan High Court on Tuesday (10th November) while refusing to interfere with Rajasthan...

"Right to life embodies a constitutional value of supreme importance and stands on a higher pedestal than the right to practice any profession, as right to carry any business comes with a rider and Clause (6) of Article 19 permits the Government to impose reasonable restrictions", remarked Rajasthan High Court on Tuesday (10th November) while refusing to interfere with Rajasthan Government's Firecracker ban order.

The Bench of Justice Chandra Kumar Songara and Justice Pankaj Bhandari was hearing a Writ Petition preferred by the petitioners aggrieved by the advisory dated 2.11.2020 issued by the Department of Home, to the licensing authority not to issue the licenses for fireworks.

The Plea also sought quashing of the amendment made in the regulations whereby regulations 14 and 15 have been added and a complete ban has been put on sale and use of firecrackers till 15th December 2020.

It was also prayed before the Court that State Authorities be directed to grant a temporary license to the traders to manufacture and sell firecrackers during Diwali festival of the specific quality of green crackers and less polluting firecrackers.

The Court was of the opinion that Section 4 of the Rajasthan Epidemic Disease Act 2020 empowers the State to issue regulations. Under Sub-clause (a) of Clause (2) of Section 4 of the Act, Government can specify regulations to prohibit any usage or act which the Government considers sufficient for spread or transmit of epidemic disease from person to person in any gathering, celebration, worship or other such activities within State.

"Pollution is having a direct effect on the patients who have been infected by Covid-19. Apex Court has also put restrictions on the use of firecrackers during the Diwali festival, and specifying a particular time when the firecrackers could be burnt. The primary thing is the satisfaction of the Government while issuing the Notification dated 3.11.2020 and by adding regulations 14 and 15, Government has banned the sale of fireworks and use of fireworks."

The Court also noted that the State has, while issuing the Notification, considered the representation given by the experts which was to the effect that use of firecrackers could have a serious impact on patients having asthma, patients infected with Covid-19 and COPD patients.

"Pollution is bound to have an effect on the patients who are already suffering from Covid-19 and may also result in spreading of Covid-19 from asymptomatic patients."

Lastly, the Court said that "the regulations issued by the Government banning the use of firecrackers cannot be said to be violative of the rights of the petitioners."

Thus, the writ petitions were dismissed.

The Order of the NGT

The direction will also apply to all cities/ towns in the country where the average of ambient air quality during November (as per available data of last year) fall under 'poor' and above category.

The Tribunal has also directed All States/UTs/PCBs/PCCs that they may initiate special drives to contain air pollution from all sources in view of potential of aggravation of Covid-19.

The Chief Secretaries and DGPs of all the States/UTs have been told that may issue and circulate an appropriate order in above terms with appropriate enforcement guidelines to all the District Magistrates and Superintendents of Police, PCBs/PCCs.

The Calcutta High Court on Thursday (05th November) banned the use and sale of firecrackers on Kali Puja in the wake of the COVID-19 outbreak.

A vacation bench of Justices D Y Chandrachud and Indira Banerjee dismissed the special leave petition filed against the November 5 order passed by a division bench of the High Court.

The bench of Chief Justice Raghavendra Singh Chauhan and Justice B. Vijaysen Reddy was hearing a PIL by advocate-petitioner-in-person, Mr. P. Indra Prakash, for seeking the relief that the Government should be directed to ban the sale and use of firecrackers (fireworks) by the people during the Diwali festival.

Notably, the Supreme Court on Friday (13th November) modified the order of Telangana High Court which imposed a complete and immediate ban on the sale and use of firecrackers across the state during Diwali to fall in line with the directions imposed by the National Green Tribunal on November 9.

On Thursday (12th November), the Karnataka High Court directed the state government to issue an order tomorrow itself clarifying the meaning of "Green Crackers" and give wide publicity to it so that members of the public are aware of it.

However, the Karnataka High Court on Friday directed authorities of the state government, officers of local bodies and police to make visits to stalls selling firecrackers and ensure that only 'green crackers' having the logo of CSIR-NEERI as well as PESO and QR code are sold on the stalls.