Pre-requisite Of Notice To The Personal Guarantor Is Satisfied On A Service Of Notice As Per Form B: NCLT, Mumbai 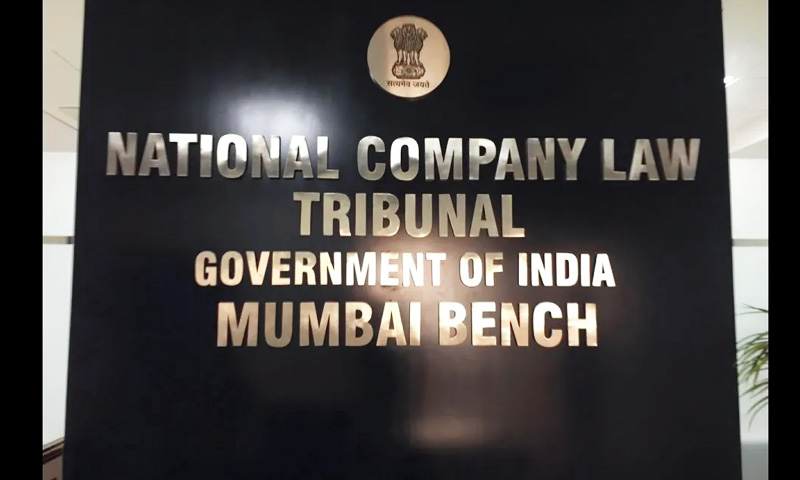 The NCLT, Mumbai Bench consisting of Smt. Suchitra Kanuparthi (Judicial Member) and Smt. Anuradha Sanjay Bhatia (Technical Member) in the case of Union Bank of India v. Mr. Dheeraj Wadhawan admitted the application filed by the Union Bank of India/Financial Creditor u/s 95 of the Insolvency and Bankruptcy Code, 2016 on the ground that the IBC does not prescribe personal service and...

The NCLT, Mumbai Bench consisting of Smt. Suchitra Kanuparthi (Judicial Member) and Smt. Anuradha Sanjay Bhatia (Technical Member) in the case of Union Bank of India v. Mr. Dheeraj Wadhawan admitted the application filed by the Union Bank of India/Financial Creditor u/s 95 of the Insolvency and Bankruptcy Code, 2016 on the ground that the IBC does not prescribe personal service and service as per Form B is valid for the purposes of a petition under Section 95 of the Code.

A petition was filed u/s 95 by the Union Bank of India, which is a Financial Creditor of the Corporate Debtor- DHFL against Mr. Dheeraj Wadhawan/Respondent, who is a Personal Guarantor of DHFL.

By way of deed of guarantee, the Personal Guarantor secured repayment obligations of the DHFL under the terms of additional facilities provided by the UBI to DHFL for the benefit of the consortium banks, including UBI, wherein he undertook to pay an amount of Rs. 50, 656.84 crores.

The outstanding due of UBI was Rs. 3,958,30,48,963.71/-, which the personal guarantor was required to pay. The Petitioner invoked the deed of guarantee and called upon the guarantor to pay the outstanding amount by issuing a demand notice under Form B at the residential address of the Respondent as per rule 7 of the Insolvency and Bankruptcy Rules (Application to Adjudicating Authority for Insolvency Resolution Process for Personal Guarantors to Corporate Debtor) Rules, 2019, which was received by the son of the Respondent. Rule 3(h) of the Personal Guarantor Rules defines 'service' and Rule 7 provides for application by creditor, which states that a demand notice is required to be served on the guarantor demanding payment of the amount of default in Form B.

The Petitioner argued that the demand notice was sent by post to the Residential Address of the Respondent.

The Respondent, on the other hand, alleged that since he was in prison, Order 5 Rule 24 of the CPC would apply and service would have to be done in accordance to CPC. Order 5 CPC provides for issuance and service of summons and Rule 24 specifically prescribes a procedure for service of summons to the defendant who is in jail.

"This Bench is of the prima facie opinion that intention of legislature for issuance/ service of Form B notice has to be read and it is seen that the Petitioner in strict compliance of Rule 7 r/w Rule 3 (h) has served Form B notice upon the Respondent at his address and the same was received by his son Mr. Kathik Wadhawan. This is a good service in terms of Rule 3 (h) of Personal Guarantor Rules, which requires that Form B notice shall be served upon the guarantor by Post/ Speed Post/ Courier or electronic form and where it cannot be served by any other mode it shall be affixed to outer door or some other conspicuous part of the house in which the addressee ordinary resides or carry out business."

In this regard, the Bench relied on the decisions of Pepsu Road Transport Corporation, Patiala vs Amandeep Singh and Others, Ravi Ajit Kulkarni vs State Bank of India, Nirodhi Prakash Ganguly and Ors. Vs. State of Bihar and Or. and held that the Code does not prescribe personal service, but in fact contemplates that when there is inability to serve any notice, it can be overcome by affixing notice on the outer door. On strict interpretation of the Statute, when a Form B notice has been served upon the address of the Respondent, is a valid service for the purpose of filing a petition u/s 95 of the Code. The NCLT consequently imposed a moratorium u/s 96(1) of the Code in relation to all debts of the Personal Guarantor.