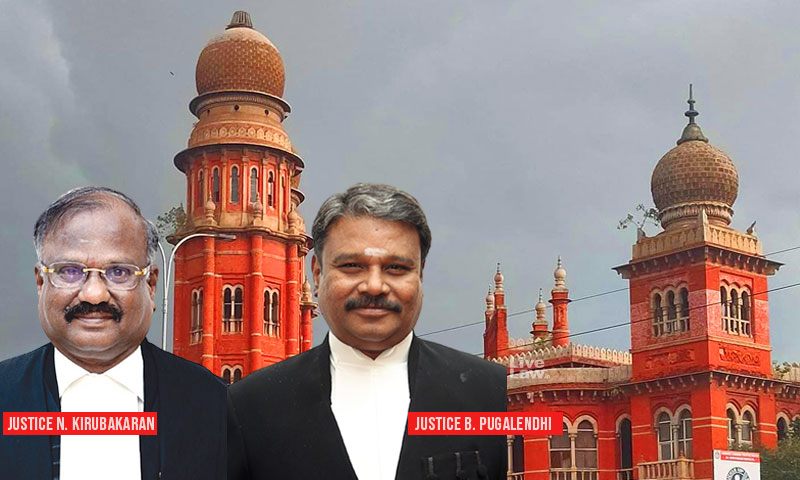 The Madurai Bench of the Madras High Court on Tuesday (03rd November) remarked that "it is disheartening to note that several precious lives have been lost due to Online Gambling".The Bench of Justice N. Kirubakaran and Justice B. Pugalendhi was hearing a Writ Petition which was filed seeking issuance of a Writ of Mandamus to direct the official respondents to take appropriate action to...

The Madurai Bench of the Madras High Court on Tuesday (03rd November) remarked that "it is disheartening to note that several precious lives have been lost due to Online Gambling".

The Bench of Justice N. Kirubakaran and Justice B. Pugalendhi was hearing a Writ Petition which was filed seeking issuance of a Writ of Mandamus to direct the official respondents to take appropriate action to ban Online Rummy hosted by the seventh respondent and others.

The Court went on to take judicial notice of the media reports on the number of persons died due to Online Gambling.

Considering the seriousness of the issue involved in the writ petition, the Court suo motu impleaded "the Chief Executive Office (TORF), the Online Rummy Federation of India" as the eighth respondent.

"This Court hopes that appropriate, adequate and immediate measures including bringing legislation to prohibit or regulate Online Gambling would be taken by the Government before the next hearing in order to ensure that no precious life hereinafter will be lost."

The Order in the Case of 'D. Siluvai Venance v. State' (Madras HC)

It may be noted that on 24th July, 2020, Justice B. Pugalendhi, while disposing of Crl.O.P. (MD) No.6568 of 2020 [D. Siluvai Venance v. State], went into detail as to how Online Gambling, in the name of online games, is causing loss of lives and insisted on the necessity to regulate the programmes on par with the Telangana State Government, wherein Online Gambling has been banned.

It may be noted that the Madurai Bench of the Madras High Court in the above-stated matter (D. Siluvai Venance v. State) had stressed upon the urgent need to address and regulate "online games" such as rummy, bridge, nap, poker, etc. that are luring unemployed youth to bet their money.

"Not only in the State of Tamil Nadu, but also in the entire Country, such online games…are mushrooming and there are so many advertisements appearing in almost all the social media and websites. It appears these advertisements are mostly targeting the unemployed youth, inducing them to play such games, on the pretext of earning money comfortably from their home," the bench comprised of Justice B.Pugalendhi had observed.

On being informed that there was no rule to regulate and license online skill games at present, the bench had said,

"This Court hopes and trusts that this Government shall take note of the present alarming situation and pass suitable legislation, thereby, regulating and controlling such online gaming through license…Needless to say that if the government intends to pass legislation in this regard, all the stakeholders should be put in the notice and their views should be ascertained."
Gujarat High Court

The Bench of Chief Justice Vikram Nath and Justice JB Pardiwala had directed the State Government to consider a PIL, seeking regulation of online gambling, as a representation, and do the needful in the "larger public interest".

"We direct the State of Gujarat to consider this writ application as a representation. If online games involve gambling and if they are being played in the State of Gujarat, then it is expected of the State to deal with the same appropriately as gaming is a subject matter of List II of the Schedule VII of the Constitution of India," the Bench had observed.
Madras High Court notice to Virat Kohli, Saurav Ganguly and others

Notably, this order came in a Petition, which has been moved in the Madurai Bench of Madras High Court by one Mohammed Rizvi through Advocate K. Neelamegamn Thuja alleging that after losing money in such apps, some youth died by suicide in various parts of India.
Delhi High Court

Also, last month, the Delhi High Court directed the Union Of India & Delhi Government to treat a petition filed against online gambling, as a representation and decide the grievances ventilated in the petition, as narrated in detail in the writ petition.

The Bench of Chief Justice D. N Patel and Justice Prateek Jalan had directed the respondents (UOI & Delhi High Court) to decide the representation in accordance with law, rules, regulations and government policies applicable to the facts of the case, as early as possible and practicable.