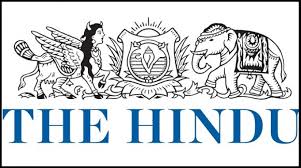 The Press Council of India on Monday took suo-motu cognizance of notice of termination given to over 20 journalists working at 'The Hindu' newspaper's Mumbai edition in case they do not resign.

The Press Council of India Chairman Justice CK Prasad has noted with concern that a large number of journalists employed with The Hindu working at the Mumbai Bureau have been asked to resign from their position.

While taking suo-motu cognizance of the case, PCI has called for comments from the Editor, The Hindu and Regional General Manager, The Hindu Mumbai.

The Hindu Mumbai was launched almost five years ago on November 28, 2015 and as of today a majority of the team has been asked to resign, while the number of journalists that still remain with the Chennai based English daily's Mumbai edition is in single digits.

Twenty of the journalists who have been asked to resign have written to group Chairman N Ram, LV Navaneeth, CEO and Suresh Nambath, Editor seeking clarity over "social media posts and word-of-mouth speculation" about the loss of several jobs at The Hindu's Mumbai edition.

"All of the undersigned wanted to work at The Hindu, as it has been considered the ideal workplace for Indian journalists, in fact where journalists are well respected and editorial freedoms are a given. The principles on which The Hindu has operated in the past is what should apply to us as a team now. For a news organisation that prides itself on reporting labour laws and violations of the same in a robust manner we appeal to you to clarify the situation to us in writing."