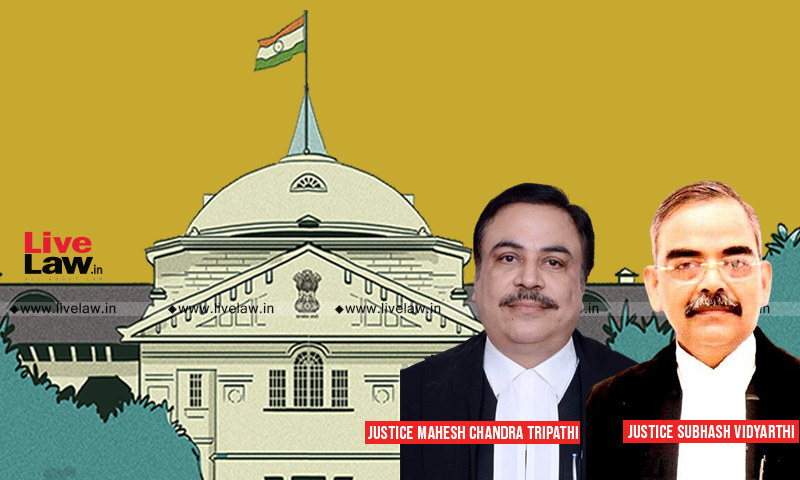 The Allahabad High Court recently quashed a detention order passed against a murder accused by exercising powers under the National Security Act, 1980 as it observed that if a person is in custody and there is no imminent possibility of his being released, the power of preventive detention should not be exercised.The Bench of Justice Mahesh Chandra Tripathi and Justice Subhash Vidyarthi with...

The Allahabad High Court recently quashed a detention order passed against a murder accused by exercising powers under the National Security Act, 1980 as it observed that if a person is in custody and there is no imminent possibility of his being released, the power of preventive detention should not be exercised.

The Bench of Justice Mahesh Chandra Tripathi and Justice Subhash Vidyarthi with the habeas corpus plea of one Abhay Raj Gupta, who is presently in custody in Central Jail, Bareilly, filed through his mother, challenging his detention order dated January 23, 2021.

Essentially, on account of a single incident of Murder that took place on December 2, 2019, three FIRs were lodged against the petitioner under various sections of IPC [including 302 and 307 and Uttar Pradesh Gangsters and Anti-Social Activities (Prevention) Act, 1986].

Allegedly, one Rakesh Yadav was killed in pursuance of the conspiracy hatched by the petitioner, and later on, when the police apprehended him to arrest him for the aforesaid incident which occurred on December 2, 2019, he fired at the Police personnel with the intention to kill.

In view of the act attributed to him, a detention order was passed against him by invoking powers under the NSA, 1980, wherein it was stated that because of the offence of gruesome murder done by the petitioner's accomplices under a conspiracy hatched by him, people got afraid and panicked and the public order was disturbed.

"(In the detention order) neither there is any reasonable basis to record this apprehension nor is there any averment that the apprehended activity would be prejudicial to public order and, therefore, it is necessary to detain him with a view to prevent him from acting in any manner prejudicial to the maintenance of public order."

"...the single act of murder of a person because of old family animosity was not suggestive of a repetitive tendency or inclination on the part of the petitioner to act likewise in future so as to justify invocation of powers under Section 3 (2) of the NSA, 1980. The order of preventive detention passed under Section 3 (2) of the Act is unsustainable for this reason," the Court further held.

Further, the Court also noted that the incident occurred on December 2, 2019, i.e., about 14 months prior to the passing of the detention order, and thus, the Court observed thus:

"...a stale incident which is not proximate to the time when the detention order dated 23-01-2021 was passed and there was no live link between the alleged prejudicial activity and the purpose of detention and the invocation of the provisions of the NSA, 1980 against the petitioner after a long delay of about fourteen months was neither warranted nor justified."

Importantly, the Court referred to several significant rulings of the Apex Court to conclude that there was no imminent possibility of him being released from custody and thus, the passing of the NSA detention order was unwarranted.

"...the petitioner was already in Jail in a case under Sections 2/3 of the Uttar Pradesh Gangsters and AntiSocial Activities (Prevention) Act, 1986, that he had not filed an application for bail in the aforesaid case and that even when he would file an application for bail, he would not be released on bail...it cannot be accepted that there was any material for recording the satisfaction of the detaining authority that with a view to preventing the petitioner from acting in any manner prejudicial to the maintenance of public order it was necessary to detain the petitioner under the NSA, 1980."

Lastly, the Court concluded that the satisfaction which is necessary to detain the petitioner for the purpose of preventing him from acting in a manner prejudicial to the maintenance of public order is thus, the basis of the order under section 3 (2) of the NSA, 1980 and this basis is clearly absent in the instant case.

The Respondents were commanded to release the petitioner from detention under the aforesaid order dated 23-01-2021 forthwith.