Can Parties In Cases Of Personal Nature Seek Masking Of Thier Identities In Records To Protect Privacy? Kerala High Court Refers To Division Bench 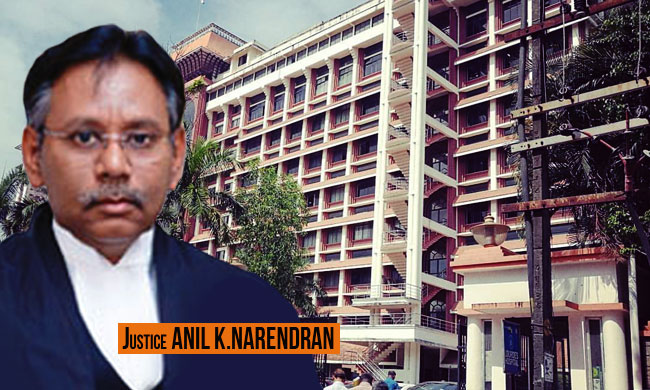 Recently, a Single Bench of the Kerala High Court referred to larger bench the question whether parties in a proceeding that did not involve public interest could seek the masking of their names. After referring the law on privacy and the right to be forgotten, Justice Anil K Narendran observed that the public did not have a fundamental or legal right to intrude into...

Recently, a Single Bench of the Kerala High Court referred to larger bench the question whether  parties in a proceeding that did not involve public interest could seek the masking of their names.

After referring the law on privacy and the right to be forgotten, Justice Anil K Narendran observed that the public did not have a fundamental or legal right to intrude into the personal life of the individuals who are parties to such proceedings or to impinge upon their right to privacy.

In this light, he framed this question for the consideration of a Division Bench -

"Therefore, the question that has to be considered in this writ petition is as to whether, in writ petitions filed under Article 226 of the Constitution of India seeking a writ of mandamus commanding the statutory authority to consider the application for contracting marriage under the Special Marriage Act, 1954 or for registration of marriage under the Kerala Registration of Marriages (Common) Rules, 2008; a writ of habeas corpus seeking production of fiancée or minor children under illegal detention; etc., which are not matters involving public interest, a party to that proceedings can seek an order to mask his/her name and address and that of the party respondent(s) in the cause title of the judgment and also his/her name and that of the party respondent(s) in the body of the judgment, in order to protect his/her right to privacy, described as the 'right to be let alone'."

The Court was faced with a petition by a woman who had previously filed a writ petition before the High Court seeking that a Sub-Registrar accept her application for marriage to an American citizen of Indian origin. The Court ruled in her favour, but the marriage did not take place after differences arose between the couple.

She then moved the Court again praying for the removing, masking or disguising of her name in cause title. In her petition, she argued that the Indian Kanoon's judgment in the previous case with her name was appearing search results on Google. This was causing substantial prejudice, damaging her prospects of marriage and victimisation by friends and relatives.

Her representations to Google Inc in this respect when unheeded.

She, therefore, sought the removal of her name from copies of the judgments issued by the Court and that links to the webpage be unindexed.

After a detailed discussion of the ambit of the right to privacy and control over personal data, along with the right to be forgotten, Justice Narendran summarised that only in cases of sexual assault/sexual offences did the law mandate the shielding of identity [Section 228A IPC read with Section 327(2) CrPC].

However, the Supreme Court in KS Puttaswamy had held the right to privacy as fundamental encompassing informational, bodily, and choice-inherent privacy.

Significantly, the Bench explained a judgment from the Madras High Court Sukanya R. v. R. Sridhar and Others, where the right to privacy in terms of in camera proceedings from the Hindu Marriage Act was discussed.

The Madras High Court in Sukanya made these key findings –

He therefore concluded that the public did not have a right to know or intrude upon the personal details of parties to proceedings.

The Judge was informed that there were similar matters pending decision before a Division Bench of the High Court.

"Registry shall place the matter before the Honourable Chief Justice for necessary orders," he directed, also instructing the Registry to mask the name of the petitioner from the cause title in the interim.