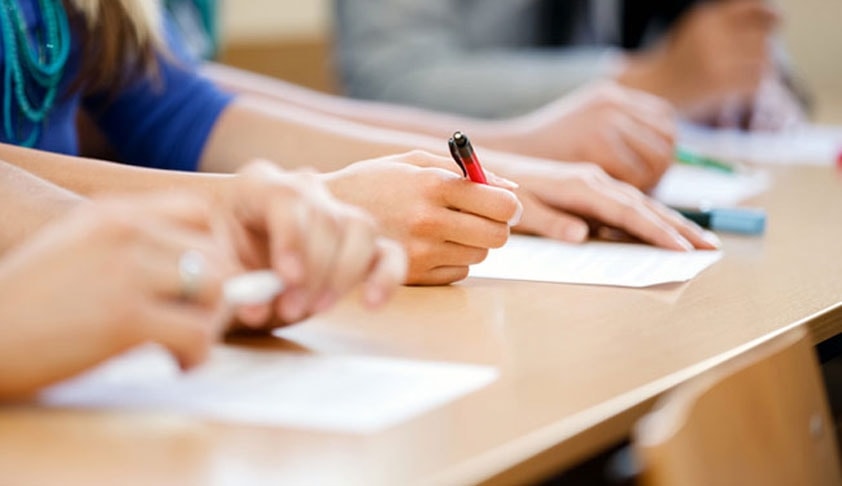 The Students' Union of the Campus Law Centre, Delhi has written an open letter to the Judges and Administrators, urging them to take steps for cancellation of the Online Open Book Examination, proposed to be conducted by the Delhi University. The Union states that the conduct of online OBE is "discriminatory", considering the online infrastructure government colleges and its...

The Students' Union of the Campus Law Centre, Delhi has written an open letter to the Judges and Administrators, urging them to take steps for cancellation of the Online Open Book Examination, proposed to be conducted by the Delhi University.

The Union states that the conduct of online OBE is "discriminatory", considering the online infrastructure government colleges and its students are equipped with.

They state that this idea ignores the existence of huge gap in wealth distribution in the country and proceeds on the "utopian fiction" of availability of secure, stable and fast internet connection and access to smart devices with everyone.

On June 28, 2020, the Delhi University released a Step-by-Step Guide for using the DU Portal for Open-Book Examination which stipulates a three-hour window for writing the examination (from one's home) and submitting a scanned copy of the answer sheets on the DU portal. Students who are unable to appear for the online examinations will be allowed to sit for the offline examinations on a later date.

The examination was scheduled to be held on July 10 but have now been postponed till August 15.

As per the Students' Union, the three-hour window stipulated by University is totally "inadequate, insensitive and inconsiderate" of issues in conduct of OBE online.

So far as the Mock Tests conducted by the University to familiarize the students with the DU portal are concerned, the Union wrote,

"Attempting exams on the dysfunctional online platform provided by DU is impossible for some students' and onerous for others."

As per the letter, the mock tests were "riddled" with blatant errors.

"Some students were unable to access the portal (due to vital credentials not being supplied). Uploading the answer scripts proved to be another insurmountable challenge, with unresponsive servers crashing abruptly. Uploading a massive number of sheets in a short span of time further proved to be a herculean task and was fraught with chances of inducing a grievous error," the letter states.

Further, the relief of offline exams for students who are unable to conform to the requirements of the online examination is totally "ill-founded".

"Considering the uncertain circumstances prevailing in pandemic it is not possible to provide a definite timeline for the conduct of offline exams. Moreover, most of the outstation students in DU live in rented accommodation around campus and due to COVID 19 many have vacated their accommodations to lighten up the burden of rent. Imagining that DU conducts offline exams for students in September which are obviously not going to be one day exam like a competition exam, the students will be faced with the problem of finding temporary accommodation to appear for exams," they wrote.

They have therefore requested the administration to opt for an "alternate" method of assessment whereby students are promoted on the basis of the performance in the previous semesters, by taking the aggregate score for five semesters and extrapolating them to calculate the marks for the final semester.

Those students who are unsatisfied with this arrangement can sit for physical exams later, the Union suggested.

The letter proceeds to contemplate the scenario where the University goes ahead with the exams and suggests,

"Problem based question paper format can be adopted as a last resort whereby questions are uploaded on the morning of exam day and answer sheets are submitted by evening via portal and an alternate email in case portal doesn't work so that there is sufficient time for students to put forth any inquiry and cope up with network or electricity issues."

Significantly, the matter is already under consideration before a Division Bench of the Delhi High Court comprised of Justice Hima Kohli and Justice Subramonium Prasad.

On July 6, the Court had asked the University to submit an affidavit stating as to whether the students who might face problems with the Open Book Examination (OBE) will be given another opportunity to appear for regular examinations later.

On the subsequent hearing, the Court pulled up the University for filing a "vague affidavit" as to the examination schedule. This was after the University informed the court, through a last minute email, that examinations were postponed till August 15.

"Careers of thousands of students are at stake. UGC and MHRD will not micro manage the Universities, you need to formulate your own exam schedule. You need to be clear and candid to the students…," the bench had remarked.

In the present letter, the Students' Union has highlighted that the delays on behalf of the University have prevented students from becoming part of the workforce or augmenting their knowledge by going for higher studies.

After conclusion of the court hearing today, the University has been directed to expedite the conduct of the examinations.

The Court recorded the submissions of the University that it is agreeable to commence the exam schedule for final year students on July 27 and to start the Open Book Exams from August 10 and finish it by August 31. It will later submit an affidavit stating fresh date for declaration of results and conducting physical exams.