Prof Ved Kumari, Dean And Head Of Faculty Of Law, DU Resigns; Says Can't Go On Like This 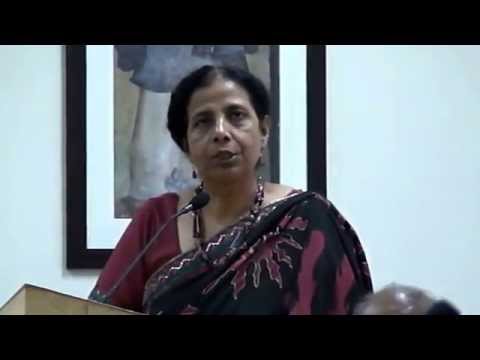 x
Prof Kumari cites non-cooperation of varsity, illegal acts of Prof-in-charge, CLC
Your free access to Live Law has expired
To read the article, get a premium account.

Professor Ved Kumari has tendered her resignation from the post of Dean and Head of Faculty of Law, Delhi University citing non-cooperation of varsity and illegal/ arbitrary actions of the Professor-in-Charge of Campus Law Centre.

Prof Kumari says she has resigned due to failure in securing high standards of legal education and justice for hardworking students, teachers and staff with the varsity not acting on her repeat calls for securing the best interest of the Faculty of Law and meetings highlighting the dismal state of affairs in the faculty where students with low attendance were being allowed to take exams, staff was not being given salaries, no action was taken against students who had physically assaulted a teacher etc.

Her resignation has not been accepted by the Vice-Chancellor.

Prof Kumari told Livelaw, "About two weeks ago also I informed the university about the issues. Then I resigned. Yesterday, I was informed orally that the Vice-Chancellor has refused to accept my resignation. But I have not taken it back.

"I have told them that I cannot go on like this on these terms and conditions," says she.

Prof Kumari had resigned with effect from June 17 and did not go to her office on Tuesday.

Prof Kumari rues how the varsity turned a deaf ear to all her calls, letters, reminders and personal meetings leaving her feel "embarrassed and humiliated".

On any attempts to resolve the issues with the PIC, Prof Kumari says she tried but the PIC told her she was not answerable to her.

In her resignation letter to the VC, Prof Kumari lists a few issues that forced her to give up the deanship.

Appointed as the dean in September, 2016, Prof Kumari says, "despite doing my best, O have not been able to succeed and secure best interest of the Faculty of Law in the last two years and nine months due to non-cooperation of University authorities and illegal/ arbitrary actions of the Professor in Charge, Campus Law Centre".

Highlighting the poor state of affairs in the running of the Faculty, she says students with as low as 31 percent attendance are not only being permitted to take the exam but are also being given marks for attendance in the name of tutorials which are never conducted.

She also rues "failure to secure any action against the whimsical, arrogant and oppressive behavior of PIC, CLC, despite having given a compiled list of complaints against her from students, teachers and non-teaching staff of the Faculty as well as the University of Delhi and the Dean herself since July 2018".

Prof Kumari also adds that teachers are not being promoted and have no room to keep their bags, lunch, books or do research and are, therefore, forced to carry their belongings with themselves throughout the day.

That is not all. The letter also lists non-release of the salary of a section-officer and two "very hard working" Junior Assistants who were retained to work in an understaffed office of the Dean.

Besides this, the letter speaks of how experienced clinical teacher could not be invited from abroad for essential training of teachers in clinical legal education methods of teaching.

With three more months left of her deanship, Prof Kumari says from the past experience she did not hope for things to change in these three months and therefore, thought it proper to resign.